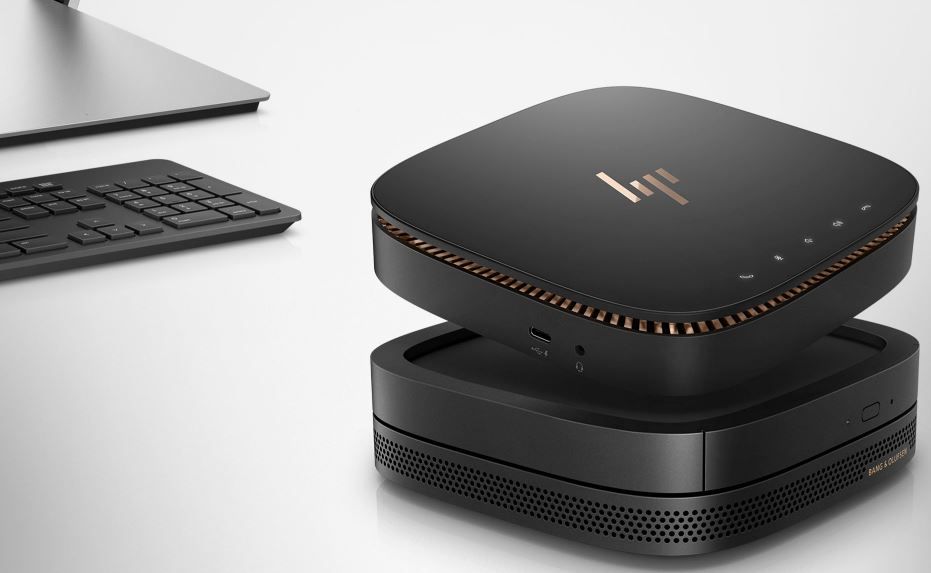 HP on Wednesday introduced two new desktop computers called the Elite Slice and Pavilion Wave with unusual designs at its pre-IFA event in Berlin. The HP Elite Slice is a modular desktop computer that allows users to select which stackable components they want to use. The Pavilion Wave on the other hand combines a PC and a speaker in a 10.3-inch tall triangular tower. Both new HP machines are powered by Windows 10. 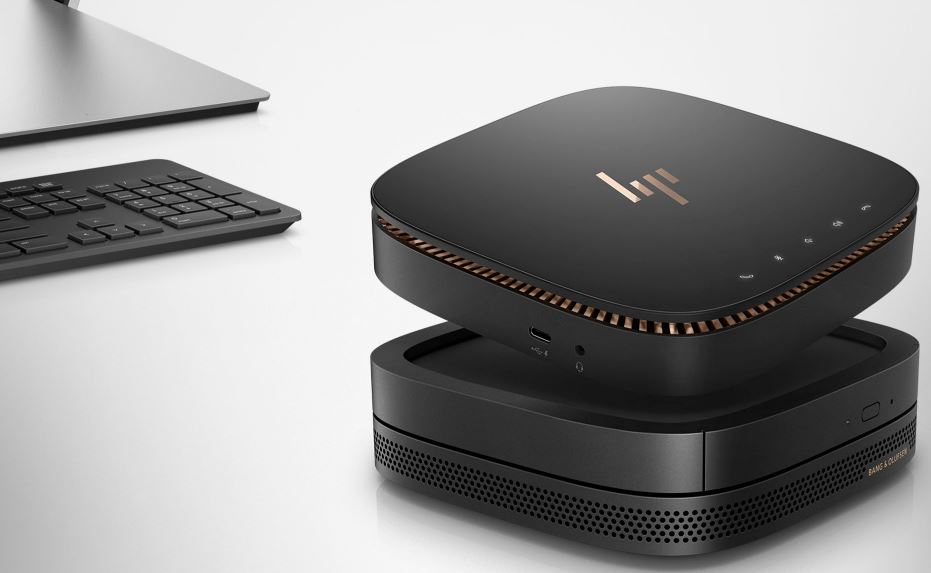 The HP Elite Slice’s additional components at the moment include an audio module with Bang & Olufsen enhancements, an optical disk drive module, and an HP Collaboration Cover. Each module, including the PC piece, sports a USB Type-C like port, called the HP Slice Connector at the bottom. 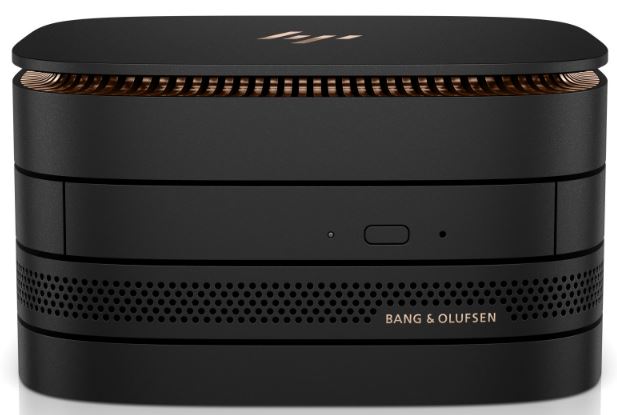 The HP Collaboration Cover features touch buttons for easy control of Skype for Business. The base unit of the Elite Slice features two USB Type-C ports, two USB 2.0 ports, a DisplayPort, and HDMI ports to let you hook up displays, keyboard and mouse. The base unit also gets Ethernet, headphone/microphone jacks, dual mics, and an optional fingerprint reader. HP will also introduce a wireless charging cover for the device, which will let you recharge your compatible devices by placing them on top of the Slice. 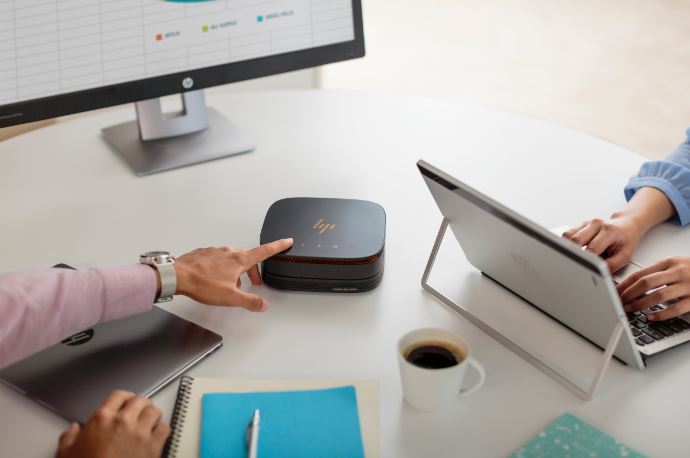 The Elite Slice is powered by an up to 6th-gen Intel Core i7 processor, and comes with up to 32GB of RAM and 512GB of storage. It connects and sips power from a monitor via a USB Type-C cable. The desktop runs Windows 10 Pro, and also offers enterprise-level security features, including HP BIOSphere and HP Sure Start to detect and manage threats. 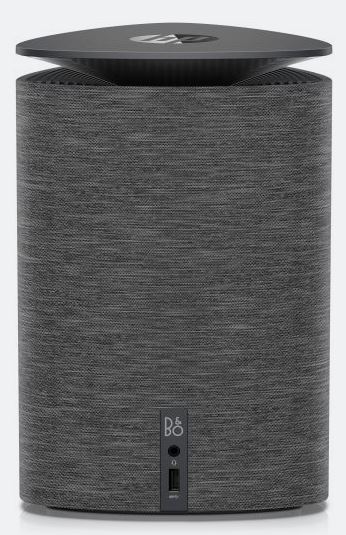 Coming to the HP Pavilion Wave, the fabric-covered desktop features two microphones and noise reduction capabilities to offer high-quality speech recognition. The desktop supports two 4K displays simultaneously, and comes with up to Intel Core i7 processors, up to 16GB of RAM, up to 1TB of SSD or up to 2TB of HDD storage, three USB Type-A ports, one USB Type-C port, Wi-Fi, Ethernet, DisplayPort, and HDMI. Users can also configure the Pavilion Wave tower PC with AMD Radeon R9 M470 discrete graphics.

The HP Elite Slice is priced at starting $699 (around Rs 46,800), and will go on sale sometime this month. The Pavilion Wave will be available from September 23rd on the company’s site starting at $549.99 (approx. Rs 36,800). Alongside the Elite Slice and Pavilion Wave, the company has also unveiled the Elite Slice for Meeting Rooms, which includes the HP Elite Slice, Intel Unite software, the HP Collaboration Cover, and HP Audio Module. This one will be available later this month starting at $949 (around Rs 63,500).