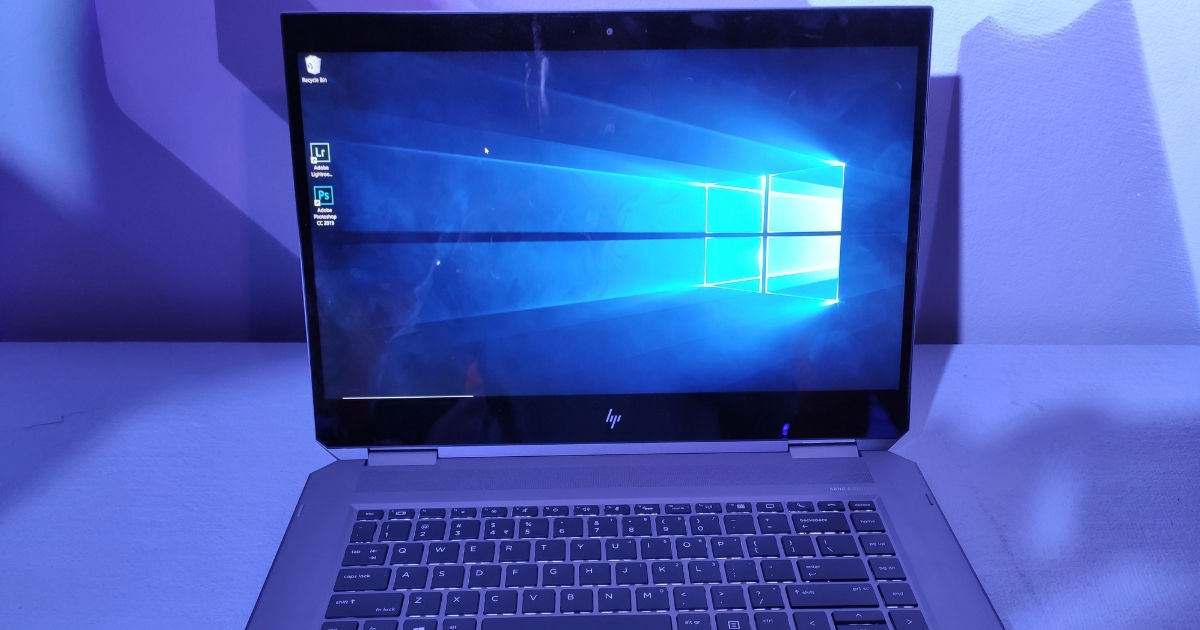 “The ZBook Studio x360 is one of the most powerful 360-degree laptops, and boasts Intel’s server-class processors along with NVIDIA’s Quadro graphics”

Lenovo’s ThinkPad range has been one of the most renowned names when it comes to laptops for professionals. But it seems that HP is vying for a piece of the pie as well, and that’s why it has the Z series of notebooks that promise to deliver next-gen performance and style for enterprise users, creators and more. The entire series has just received an upgrade, and I managed to get up close with the HP ZBook Studio x360 G5 at the launch yesterday. So without wasting any more time, let’s take a look at what the device brings to the table. 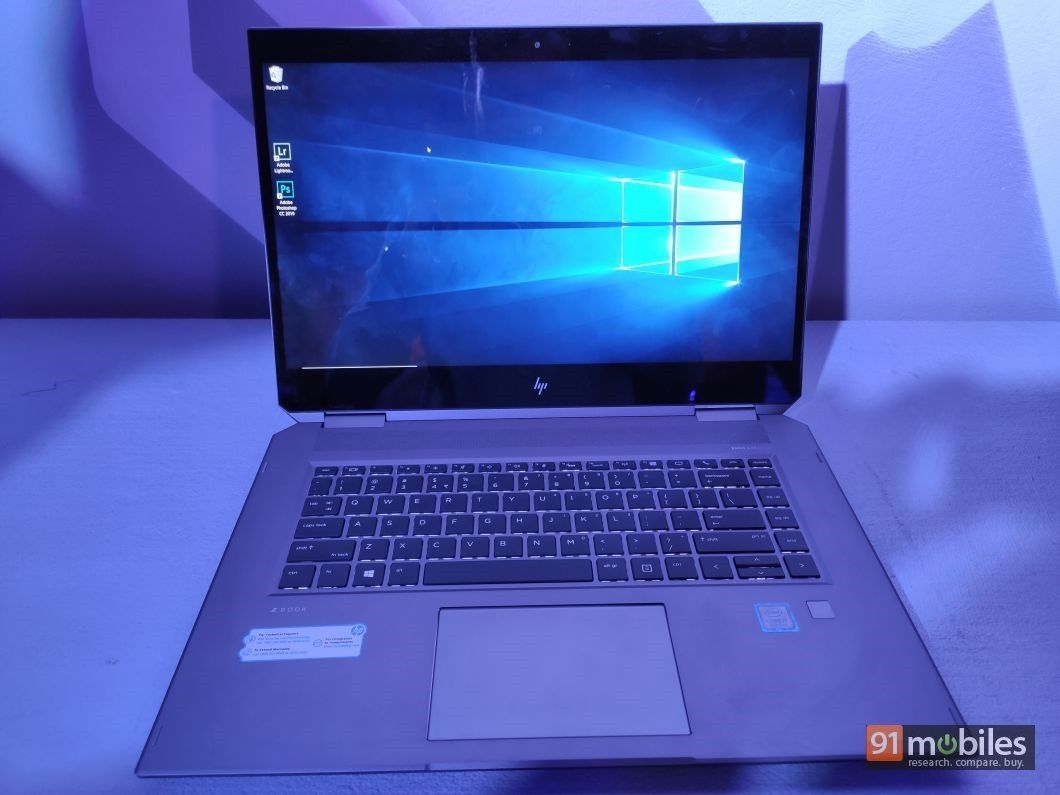 As the name indicates, the Zbook Studio x360 G5 is a convertible laptop. You could use it in multiple modes – as a regular notebook, as a tablet, or in the tent mode (which is useful for watching movies). Having said that, I don’t foresee many users using the HP machine as a tablet, simply because it’s hard to use single-handedly. 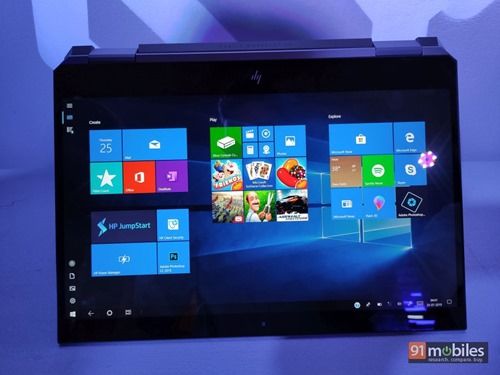 In fact, tipping the scales at 2.26kg, the x360 G5 weighs on the higher side, which kind of defeats the purpose of offering a 360-degree hinge. The good thing however, is that the device seems well-built, all thanks to the metal body. It’s quite solid, and doesn’t show any flex when pressed, especially in the trackpad area. The screen does have a little bit of flex however, when pressure is applied. The 360-degree hinge mechanism is solid too, albeit a little loose. 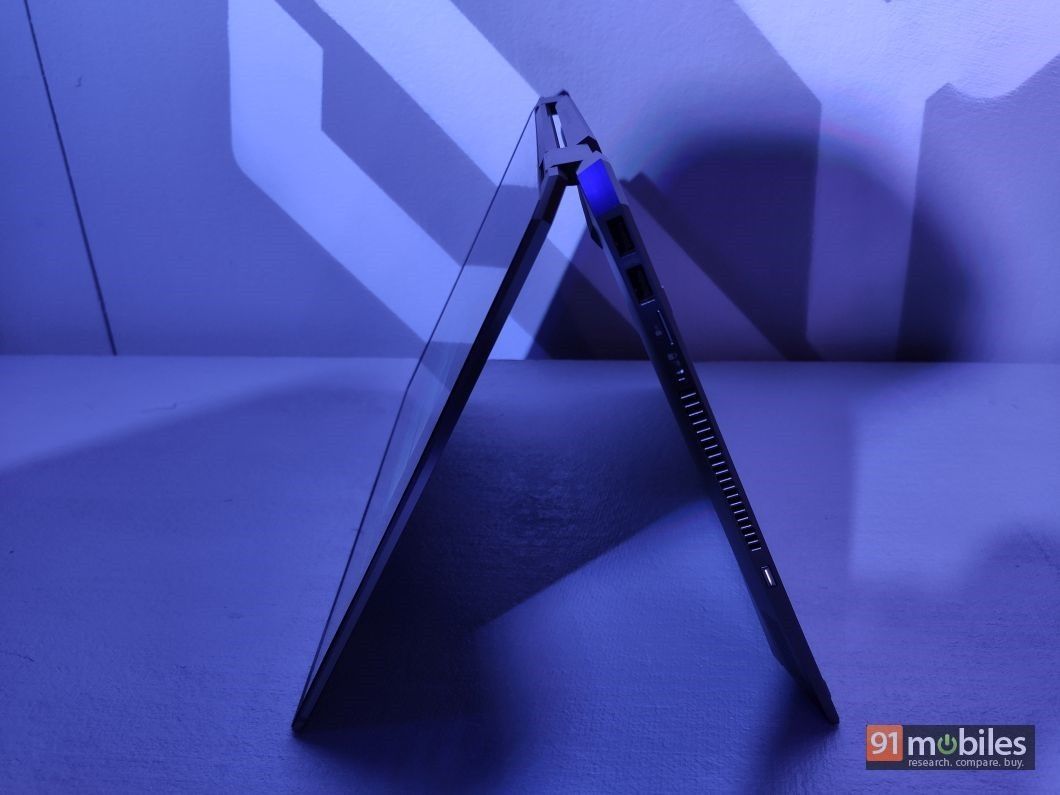 The laptop also seems to have a large footprint, as it comes with considerable bezels around the display. The ones at the top and bottom are quite chunky, and the bezels on the sides are thick as well. 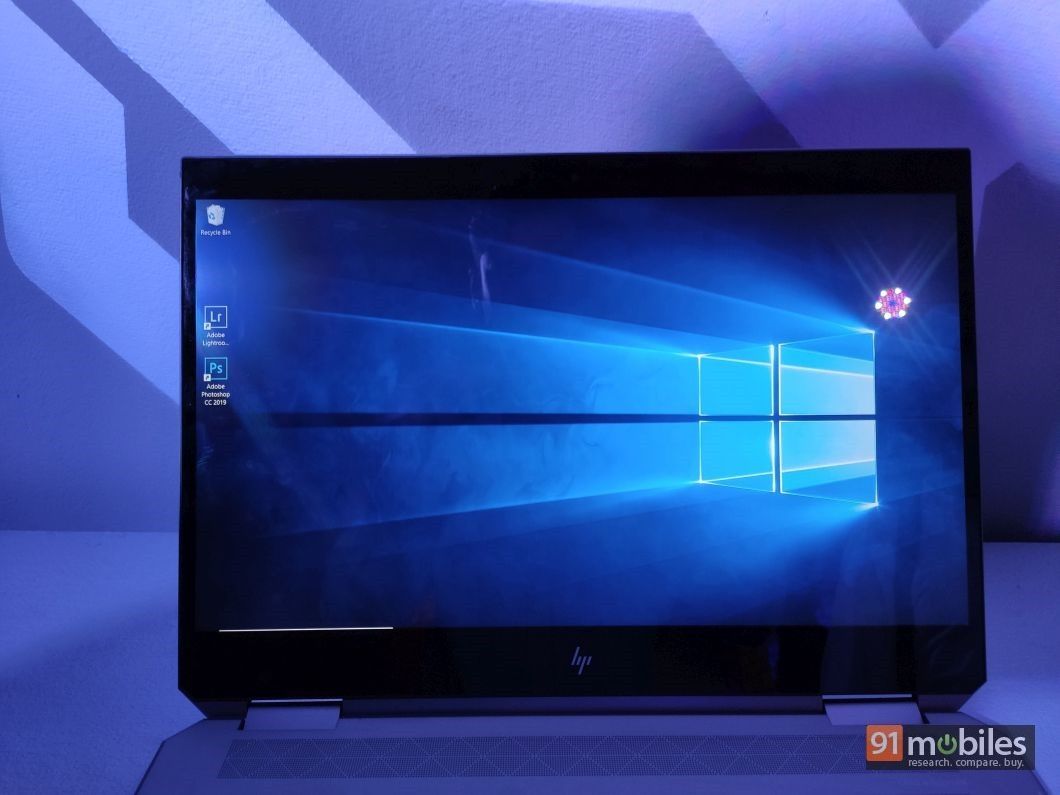 All the concerns about weight and bezels subside when you take a look at the gorgeous 15.6-inch panel on the HP ZBook Studio x360 G5. The display bears full HD resolution, though you can also opt for the higher-end version with 4K resolution. A layer of Corning Gorilla Glass 4 protects the screen. The touchscreen is quite responsive and accepts multi-touch gestures. You can also use the Wacom AES pen to write or sketch on the device’s screen, which supports 4,096 levels of pressure sensitivity.

The ZBook Studio x360 G5 continues to impress with its internals too. Depending upon the variant, you could configure the device with up to Intel’s 2.9GHz Xeon processors (Turbo up to 4.8GHz), which are meant to deliver server-class performance. Similarly, in the grapjhics department, you could go for NVIDIA’s Quadro P1000 or P2000 graphics, though the i5 / i7 chips come with integrated graphics. The RAM options varies from 32GB to 64GB, though you can add more thanks to the availability of two SODIMM slots. 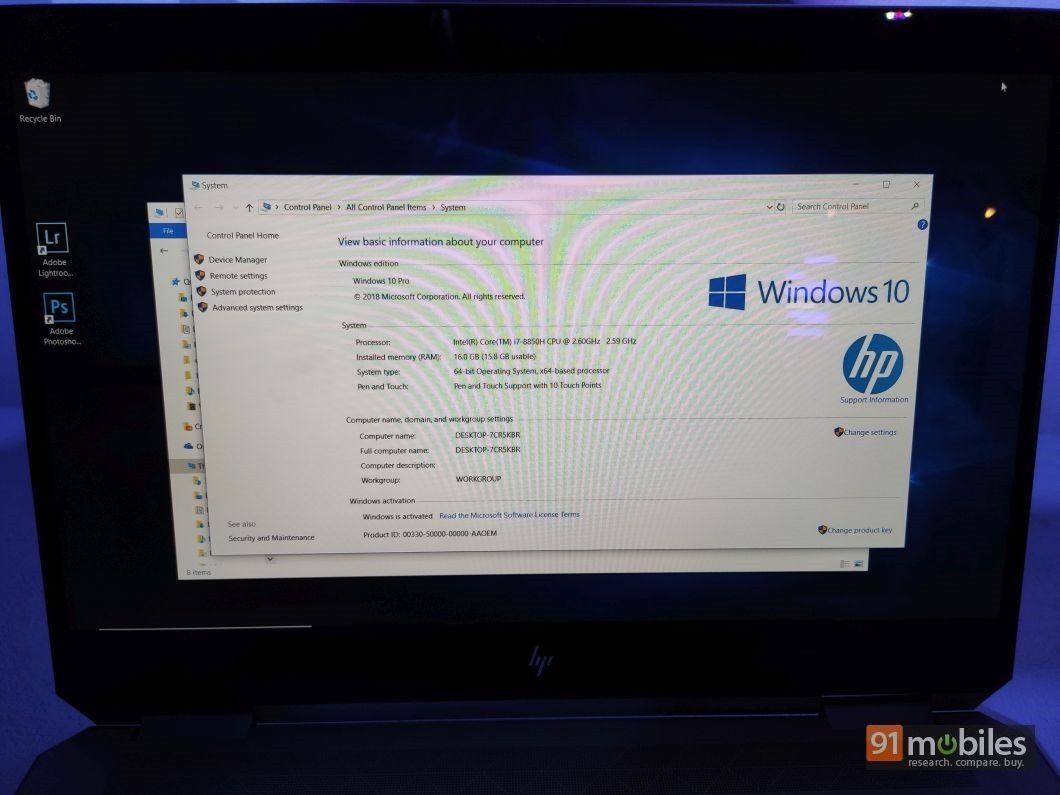 On the software side of things, the HP ZBook Studio x360 G5 ships with Windows 10 Home or Pro editions, depending upon the variant you go for.

The keyboard is quite good and offers good travel, although the keys are quite mushy. However, once you get used to the layout, typing is fairly accurate. The trackpad also works well, and you’ll also find the fingerprint sensor in the trackpad area. 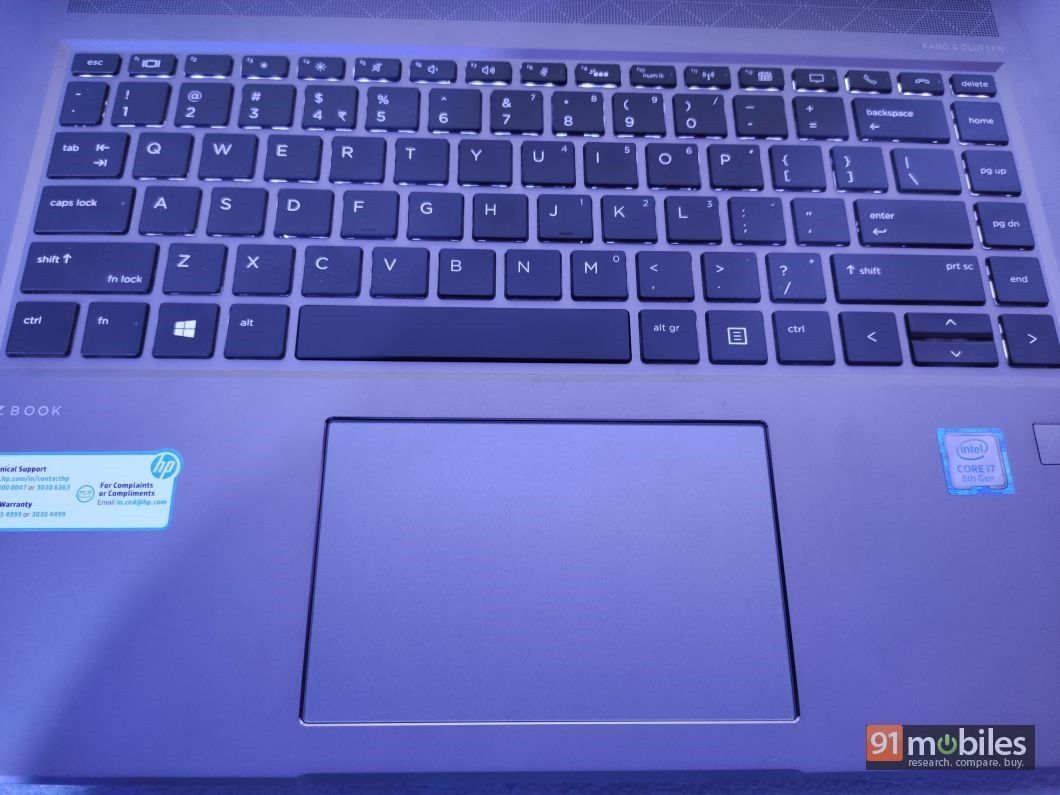 As far as I/O is concerned, the x360 G5 offers a boatload of options, including two USB 3.0 ports (with one of them doubling as a charging socket), one HDMI port, one SD card slot, one 3.5mm socket, one proprietary charging socket, and two USB 3.1 Type-C ports. 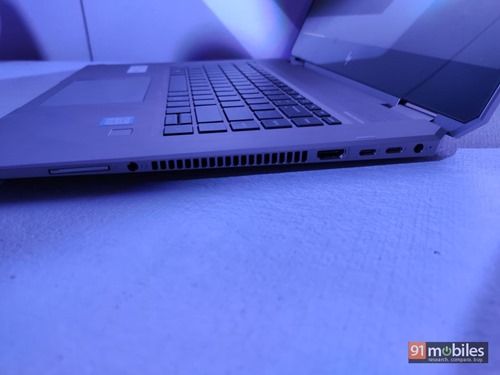 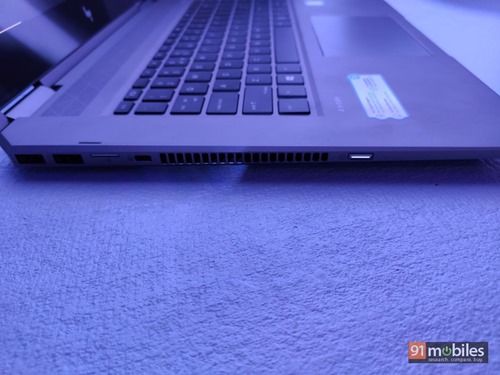 The HP ZBook Studio x360 comes with either a four-cell or a six-cell Li-ion Polymer battery, with the promise of delivering up to 16 hours of battery life. The rig can be juiced up by a 150W adapter. The device also features Bang and Olufsen-tuned speakers to offer powerful sound output.

Carrying a starting price of Rs 1,59,900, the HP ZBook Studio x360 G5 will be available to buy via HP’s online store as well as the brand’s exclusive retail shops. HP has definitely tried to ensure that the x360 G5 becomes a compelling option for potential buyers, especially with features like high-grade internals and a three-year warranty, though it remains to be seen how well it fares. 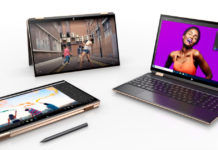 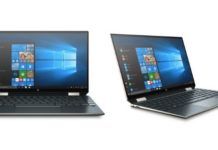 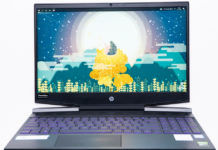 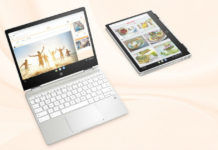 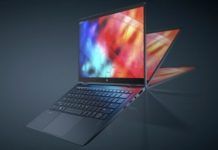 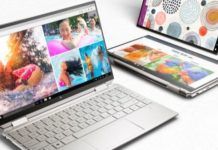 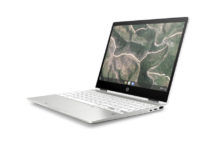 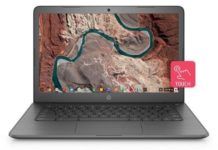 HP Chromebook 14 with HD touchscreen launched in India at Rs 23,990 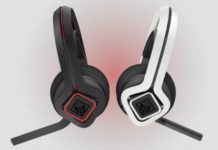