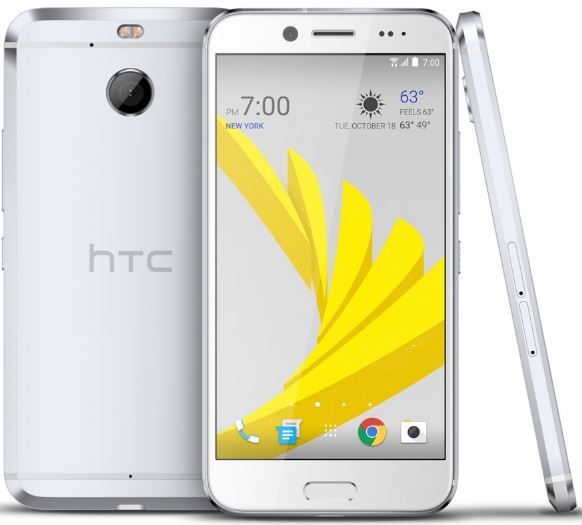 “The HTC Bolt is expected to be the company’s first smartphone to ditch the 3.5mm headphone jack”

HTC is rumoured to be working on a new smartphone dubbed the Bolt, which will be released on the Sprint network in the US later this year. Now the gadget tipster Evan Blass aka @evleaks has posted a press render of the purported HTC Bolt, giving us a glimpse of what the phone may look like when it launches.

As seen in the render, the overall design of the HTC Bolt will be similar to what we’ve seen in the HTC 10 flagship, including an all-metal unibody design, chamfered edges and positioning of the antenna lines. The render suggests that the phone won’t sport a 3.5mm headphone jack, and will instead rely on a USB Type-C port to transmit audio to earphones, making it the first HTC smartphone without a headphone jack.

The render also reveals that the HTC Bolt will sport a fingerprint sensor in the front embedded into the home button. However, some things like the camera flash on the back have been moved around compared to the HTC 10. In addition to the 3.5mm headphone jack, the laser autofocus sensor also seems to be missing on the device.

There’s no word regarding the HTC Bolt’s specifications or pricing at the moment. Also, it’s not clear if it will be a Sprint-exclusive. The date and location in the render suggests that it will be unveiled on October 18th in New York.