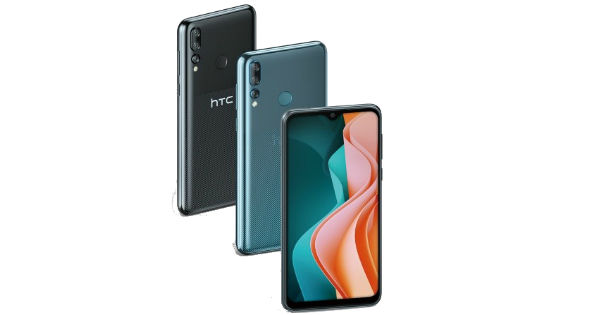 HTC Desire 19s smartphone has been announced as a successor to the last year’s Desire 12s. The handset has a waterdrop notch on the front to accommodate the selfie snapper and has a triple camera setup at the back. The HTC Desire 19s has a rear-mounted fingerprint sensor for security. Design-wise, there is a glossy glass design at the top and textured finish at the bottom.

The HTC Desire 19s is priced at TWD 5,990 (around Rs 14,120) and is available in Free Blue and Yashi Black colours. The phone is already on sale in Taiwan, but there’s no word on global rollout yet.

The HTC Desire 19s flaunts a 6.2-inch HD+ display with 19:9 aspect ratio and under the hood, it is powered by the MediaTek Helio P22 SoC. The chipset is coupled with 3GB RAM and 32GB storage that is further expandable via microSD card. The HTC Desire 19s boots Android 9.0 Pie with HTC’s Sense UI custom skin on top. In terms of optics, the HTC Desire 19s packs triple rear cameras consisting of a 13-megapixel (F/1.9) primary camera, a 5-megapixel ultra wide-angle lens, and a 5MP depth sensor.

On the front, there is a 16MP snapper for selfies and video chats. The smartphone also has a rear-mounted fingerprint sensor for security and a 3,850mAh battery with 10W charging support to keep things running. Connectivity features of the handset include 4G LTE, Wi-Fi, Bluetooth, NFC, and GPS.