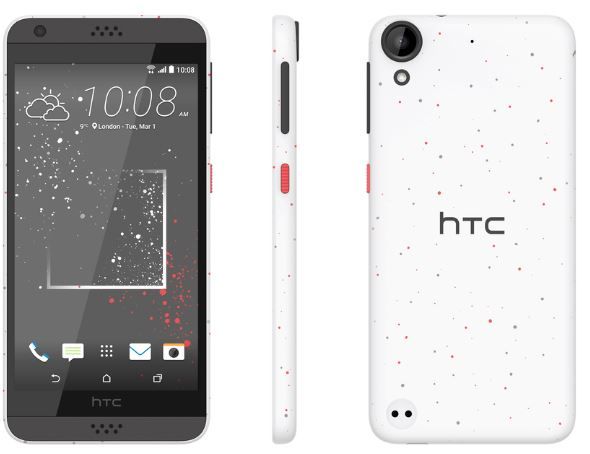 Soon after launching the HTC 10 Lifestyle flagship, the company has launched a budget smartphone in its Desire series dubbed the Desire 630. The phone was announced for India last month at the launch of the Desire 628 and Desire 825 smartphones. The device sports a front-facing BoomSound speaker with Dolby audio, and gets a micro splash effect on the polycarbonate shell.

As far as the specs go, the HTC Desire 630 features a 5-inch HD Super LCD display, and runs Android 6.0 Marshmallow with Sense 7 UI on top. Performance is handled by a 1.6GHz quad-core Qualcomm Snapdragon 400 processor, aided by 2GB of RAM and an Adreno 305 GPU. It comes with 16GB of internal memory, further expandable up to 128GB by inserting a microSD card.

For imaging, the Desire 630 sports a 13-megapixel primary snapper with an LED flash, a BSI sensor, f/2.4 aperture and full HD video recording. It offers a 5-megapixel secondary shooter with a BSI sensor and f/2.8 aperture for selfies. In terms of connectivity, it comes with dual-SIM slots, 4G LTE, Wi-Fi, Bluetooth 4.1 and GPS. A 2,200mAh battery keeps the phone running.

The Desire 630 has been priced at Rs 14,990, and comes in Graphite Grey Remix and Stratus White Remix hues. The phone is up for grabs on the company’s online store and via major brick-and-mortar retail stores across the country.