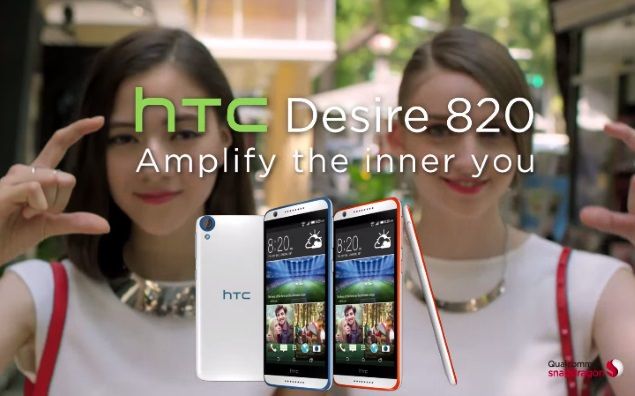 The Taiwanese smartphone maker HTC has send out invites for a press event taking place on September 23rd in New Delhi. The invitation doesn’t mention anything about the device(s) that will be launched, but speculations indicate that the HTC Desire 820 could be released. The Desire 820 was recently unveiled at the IFA 2014 trade fair in Berlin as the world’s first smartphone to be powered by a 64-bit octa-core chipset.

The processor ticking under the hood in the Desire 820 is the Qualcomm’s Snapdragon 615, which is the first 64-bit octa-core chipset, featuring eight Cortex-A53 cores – four clocked at 1.5GHz and four clocked at 1.0Ghz. The performance is further boosted by an Adreno 405 GPU and 2GB of RAM.

The phone sports a 5.5-inch HD display and comes with 16GB of internal expandable storage. The photography section is covered by a 13MP primary snapper on the back and an 8MP front shooter. On the connectivity front, it offers 4G Cat4 LTE, 3G, Wi-Fi, Bluetooth and GPS. The device packs a 2,600mAh battery, which as per the vendor, offers up to 22.4 hours of calling and 424 hours of standby times on 3G networks.

The phablet will be available in multiple colours like red, pink, blue, white and black. It also supports HTC’s Dot View case that offers instant access to your device without the need to open the cover.