It looks like HTC isn’t planning on giving up the cryptocurrency phones as the company has now introduced the Exodus 1s. The new handset is essentially a cheaper version of the original Exodus that was launched last year. The device runs a full node, which means that it will act as one of the medium that authenticates and relays transactions on the Bitcoin blockchain. While the phone can’t mine cryptocurrency yet, Phil Chen, Crypto Chief Officer at HTC, said that it’s in the works and have “partners to announce that will offer hash rates to do so.” 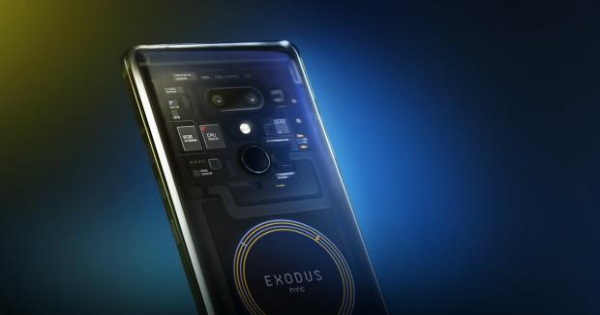 HTC says the typical Bitcoin nodes are currently over 200GB in space and the Exodus 1s can store “pruned version” that is around 10GB with essential information on the phone itself. Chen mentions that a microSD card is still needed to run full blockchain and power the necessary software. Each node should be operated when connected to Wi-Fi, considering the performance. The company also said that these new features would be rolled out to original Exodus via an update soon.

Furthermore, the Exodus 1s, like its predecessor, will support HTC’s Zion wallet app which can store, send, or request cryptocurrencies including Bitcoin, Ether, Litecoin, as well as Ethereum-based ERC-20 and ERC-721 tokens. HTC is also releasing the Zion Vault SDK on GitHub for developers. However, specifications of the Exodus 1s are currently under wraps, but the brand mentioned it will be priced between $250 (around Rs 17,600) to $300 (around Rs 21,000) and is slated to go official in Q3 2019.

Phil Chen, chief officer, HTC said, “We are democratizing access to the technology for a free world. Full nodes are the most important ingredient in the resilience of the Bitcoin network, and we have lowered the barrier to entry for any person to run a node, which is simply a computer, mobile in our case, participating in a global Bitcoin network that propagates transactions and blocks everywhere, which is the foundation and fundamental definition of a peer-to-peer cash system.”