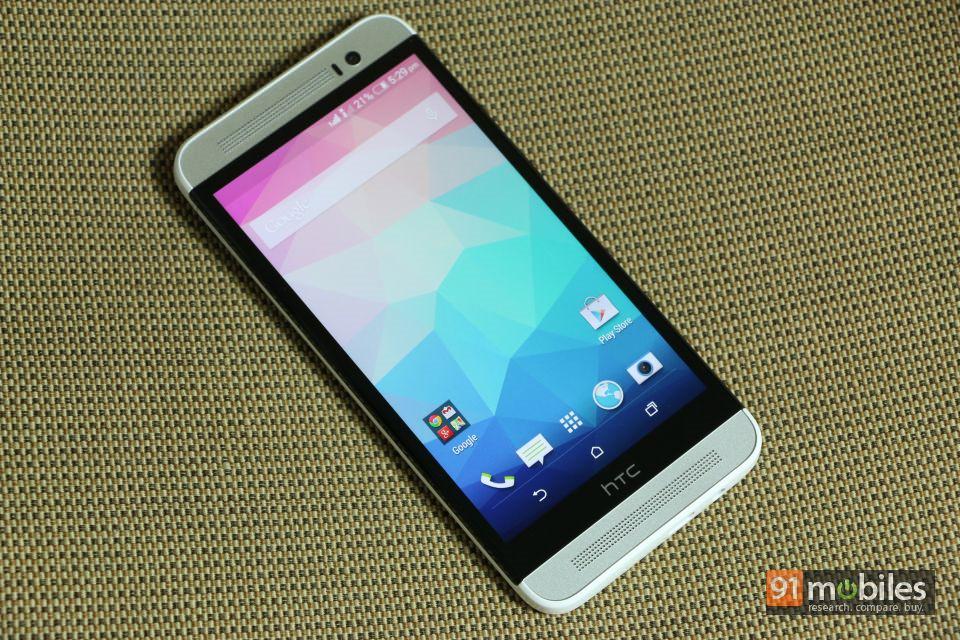 “If you’ve got your eyes set on HTC’s latest offering, the One (E8) but wanted to clarify a few things, you’re at the right place”

Is the HTC One (E8) (first impressions) just an affordable and plastic-clad version of the One (M8)? Does the One (E8) offer all the useful features available in the M8 because of its Duo camera arrangement? There might be a number of questions like these in your mind about the recently-launched offering from the Taiwanese brand, and we have decided to take them head on in this post. So read on to clear all your doubts regarding the HTC One (E8). 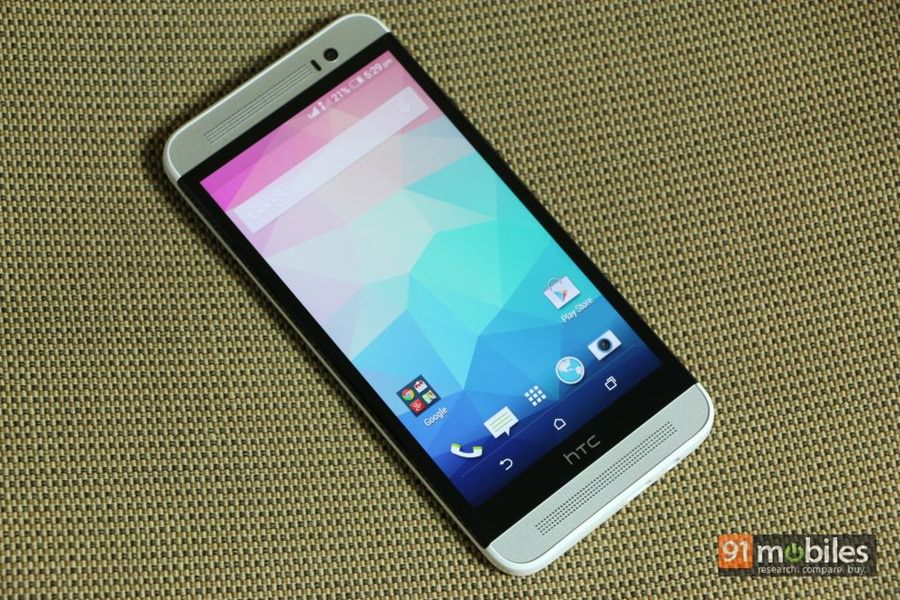 Can you give a run-through of the specifications of the HTC One (E8)? What is its asking price in India?

Well, in simple words the E8 isn’t very different from its progenitor, the One M8 (review). It flaunts the same 5-inch S-LCD 3 display panel with a resolution of 1,920 x 1,080 pixels (441ppi). The innards are also identical, with the 2.5GHz quad-core Qualcomm Snapdragon 801 chipset powering the show in tandem with 2GB of RAM. The memory department includes 16GB of flash storage.

What does one get inside the HTC One (E8) box? 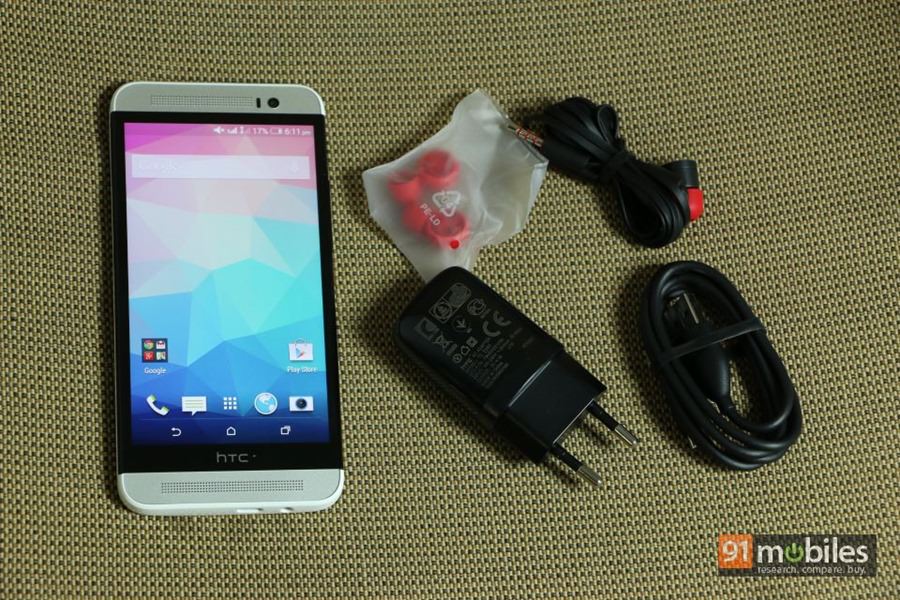 The retail pack of the E8 comes with the usual goodies which comprises of a wall charger, an USB cable, and earphones along with the phone.

Can the HTC One (E8)’s build quality match the robustness provided by the metallic body of the One (M8)?

Well, this is one area where you can notice the stark difference between the otherwise similar handsets. From a distance, you won’t be able to distinguish the two considering they have exactly the same dimensions and the E8 also offers the trademark dual speakers at the front. However, the difference is in the material used – while the M8 is crafted from metal, the E8 is constructed from polycarbonate, though both feature a unibody design. The use of plastic helps in reducing the weight of the One (E8) to 145g, making it very comfortable to hold. The curved rear and tapered edges also add to the comfort factor. Moreover, the device looks much better than other plastic-clad offerings available in the market. That said, the E8 can’t match the premiumness and sturdiness of its metal-clad sibling.

What colours does the One (E8) come in?

Unlike its sibling, which is available in classic colours, the the One (E8) is available in bright red along with grey and white options. As you can see, our review unit is in shiny white, although it’s important to point that it’s glossy at the rear compared to other hues which have a matte texture.

Does the One (E8) have Gorilla Glass protection over its display?

Yes, the E8’s display gets a layer of third-gen Gorilla Glass from Corning ensuring that the touchscreen is protected from minor scratches.

Which camera sensors are available in the HTC One E8 and can I make use of various foreground and background effects with it, just like its flagship brother?

The One (M8) has one of the most innovative camera setups we’ve came across recently. Not only did the brand decide to stay out of the megapixels race with a 4MP UltraPixel camera on the M8, but the device also has another sensor at the rear, which captures depth information. This allows the user to have post-processing fun with images by adding various effects such as changing focus, copy and paste subjects and more. 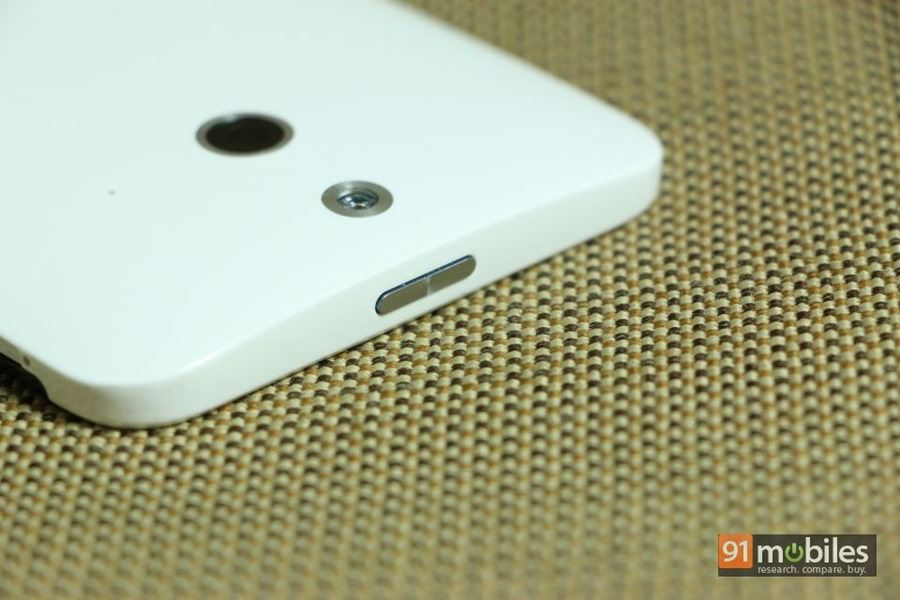 With the One (E8), the brand has dropped all this for a more conventional 13-megapixel backside-illuminated sensor at the back. This means, you do miss out on the special effects, but on the plus side, you’ll not lose out on details compared to a paltry 4-megapixel camera. There’s also an LED flash to assist while shooting in low-light conditions. At the front, the smartphone has the same camera module as the M8 for selfies and video calls – a 5-megapixel shooter featuring a BSI sensor.

How much storage is free to access in the HTC One (E8)? Can I expand it using a microSD card? 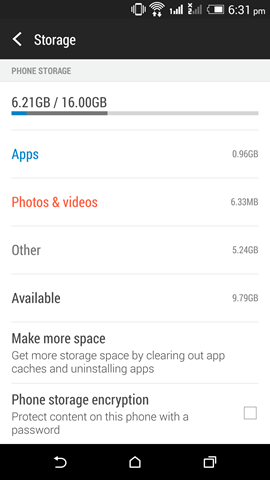 Out of 16GB, users can access approximately 9.8GB. You need not worry if the available storage is quickly filled up with apps and your personal files, as you can expand it further up to 128GB with the use of a microSD card and also avail the facility of USB On-the-Go.

Is the One E8 a dual-SIM device? What kind of SIM card(s) does it support? 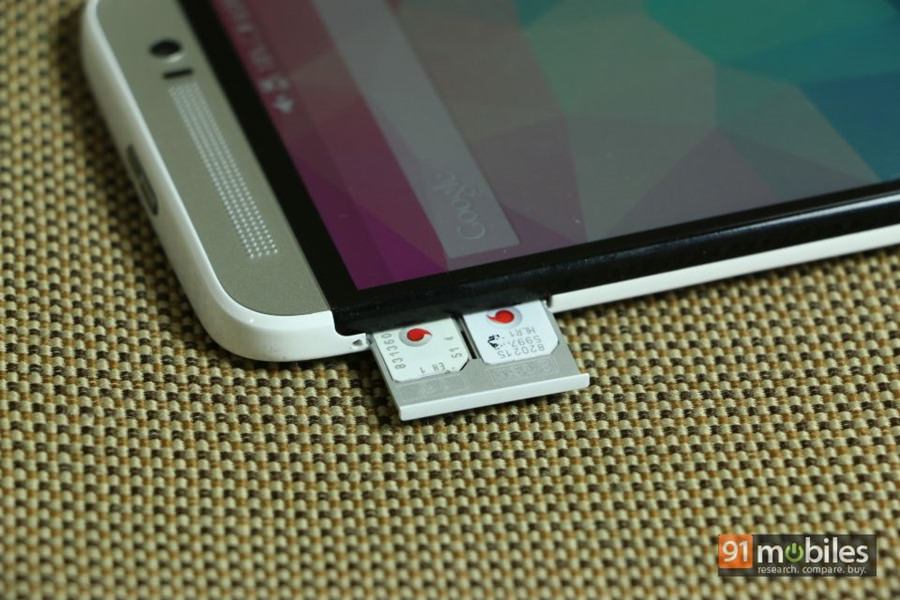 While the HTC One (M8) isn’t a dual-SIM phone (though the brand has recently outed a dual-SIM variant, it’s yet to make its way to India), its affordable sibling offers support for dual-SIM cards. Unlike most of the mobile manufacturers, HTC has started using nano-SIM cards for its devices and the One (E8) also follows suit.

Is the HTC One (E8) compatible with CDMA networks?

If you’re a CDMA user, then the One (E8) is surely the best CDMA smartphone money can buy. The phone supports both CDMA and 3G networks on its first slot, while the second slot only supports 2G.

Does the E8 has NFC support? What other connectivity options are available on board?

Yes, the device comes with support for Near Field Communication. Other that that, it has the usual connectivity features available in high-end devices, which include dual-band Wi-Fi b/g/n/ac, Wi-Fi Direct, Bluetooth 4.0 and GPS.

What’s the battery rating of the One E8? Is it removable?

Similar to its sibling, the E8 is powered by a 2,600mAh and it’s a sealed unit. In case you’re running out of juice during an emergency, then you can activate the battery saver and even use the phone in Extreme Power Saving Mode.

Which Android version does the One (E8) run and what about HTC’s proprietary skin? 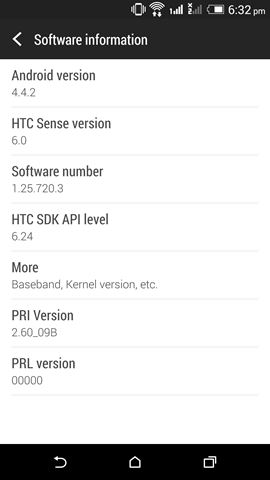 The OS on offer is Android KitKat v4.4.2, layered with the brand’s custom skin Sense 6. The customisation brings a lot of changes to Android, both in terms of the interface as well as functionality. Some of the useful features worth mentioning are Motion Launch gestures and Zoe camera along with the visual content feed through BlinkFeed. There are quite a few preloaded apps as well such as WeChat, Polaris Office, etc. apart from Google’s suite of apps. 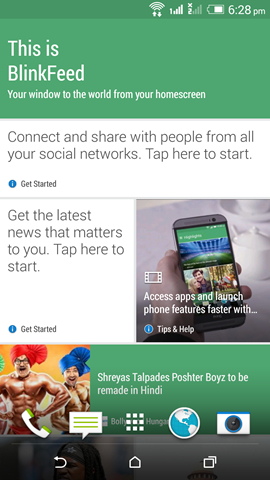 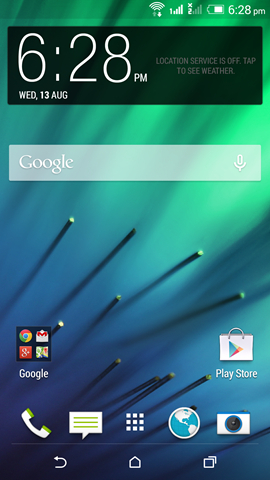 Is the Dot View cover compatible with the HTC One (E8)?

Brands are also innovating on smartphone covers that offer much more than simple protection. While Samsung and LG have cases with small cutout windows at the front, HTC has launched a cover with the One (M8) that has a retro look with dots at the front. The cover costs Rs 2,499 and is compatible with the One (E8) as well. 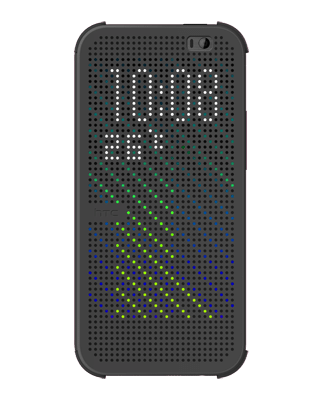 The cover is extremely useful as it allows you to receive or reject calls, check alarms, calendar events, missed notifications like calls, messages and email, without even opening the cover. Combined with the Motion Launch gestures, the cover allows you to wake up the display by a simple double tap or you can accept an incoming call by simply bringing the device near your ears.

We hope that we’ve been able to answer your queries about the One (E8). If not, then let us know via the comments section below. Keep watching this space as we’re putting the device through its paces to bring you a full review.