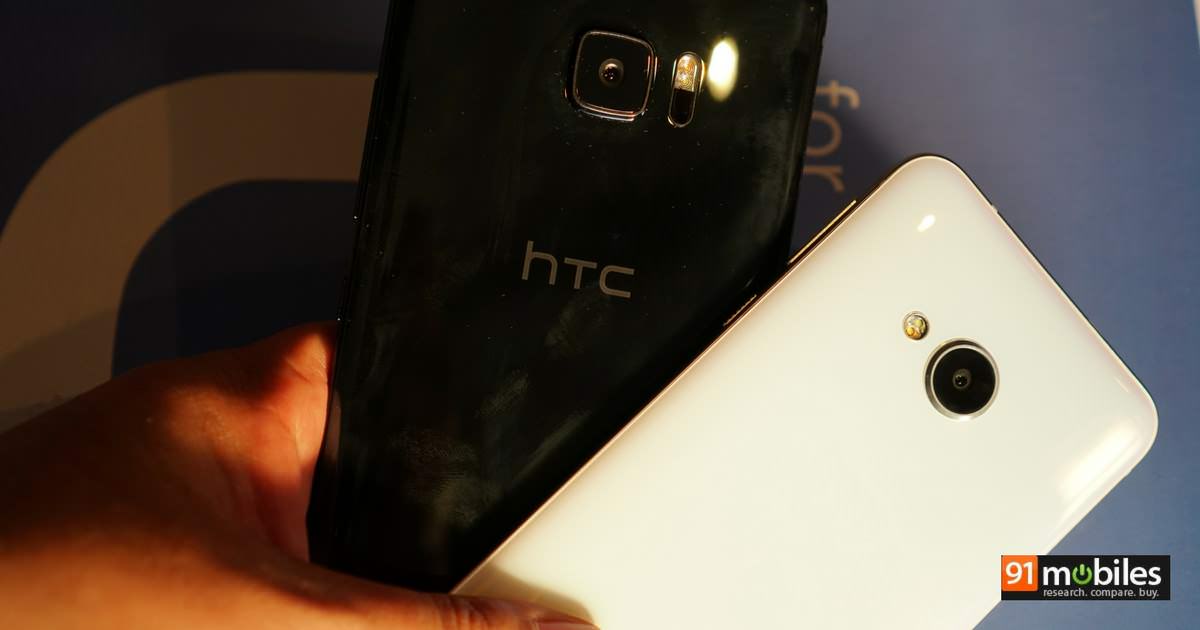 “The U Ultra and Play look like loaded phones with interesting features. We go hands on…”

We haven’t seen an exciting smartphone from HTC in a while, as its recent launches in India have been a tad underwhelming. This changes with the new U Ultra and U Play, as the brand has moved to a new design language, loaded the pair with respectable hardware, and then crammed in quite a few interesting features both on the hardware and software side. Join us as we take you through the essentials of what these two bring to the table. 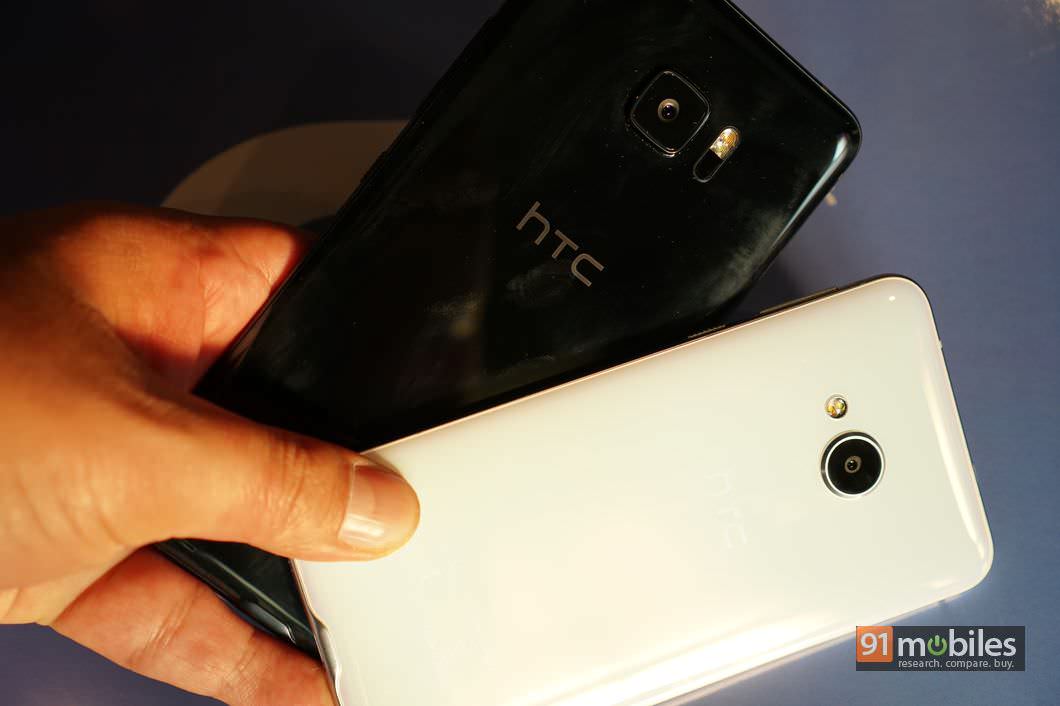 We’ll get the core specs out of the way first. To begin with, the Ultra and the Play share a few design traits and specs. Both phones are dual-SIM hybrid devices, and offer 4 gigs of RAM, 64GB storage and USB Type-C ports. Both rock 16MP selfie cameras that can be toggled to UltraPixel modes for shooting in low light. 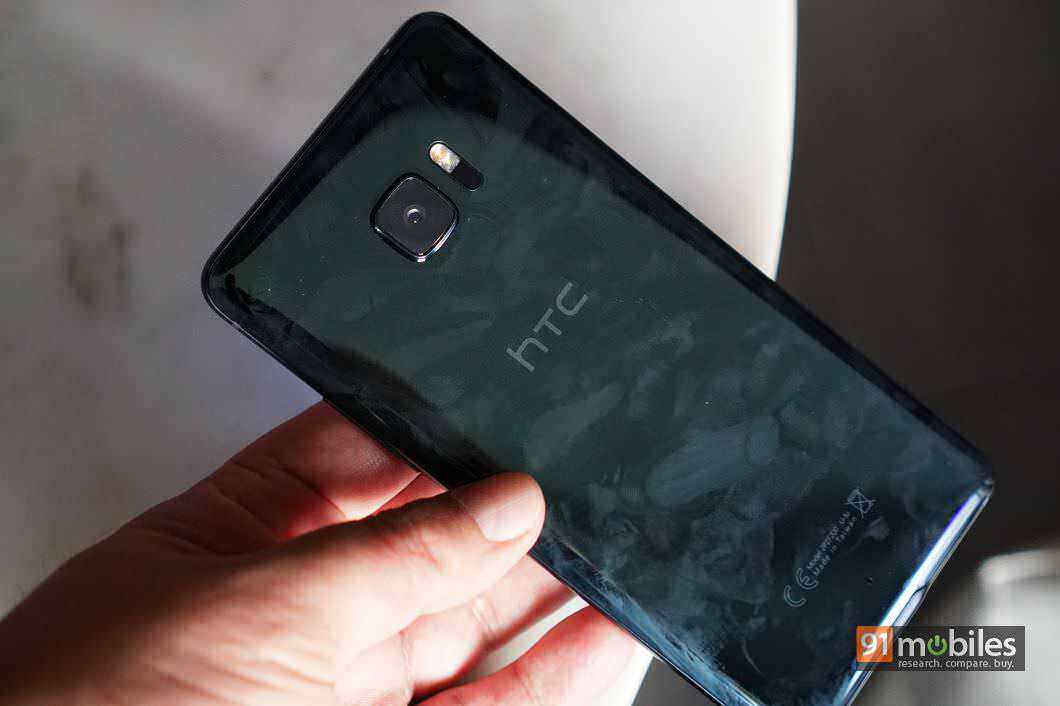 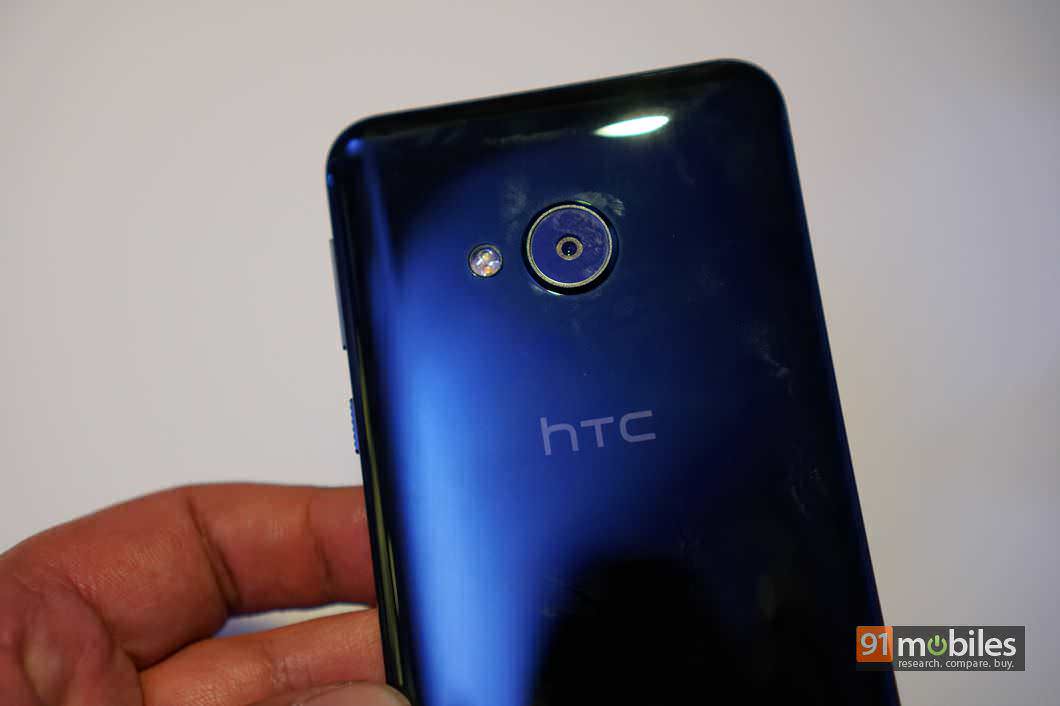 The U Ultra (pictured on the left) offers a 5.7-inch QHD display, along with a 2-inch secondary display – very similar to the LG V10 and the V20. The U Ultra comes powered by a Snapdragon 821 chip. The primary shooter is a 12MP UltraPixel sensor that boasts OIS, PDAF and laser autofocus. The phone sips juice from a 3,000mAh battery and runs Android Nougat with HTC’s Sense UI on top. On the other hand, the U Play (on the right) is more compact and features a 5.2-inch FHD display, making use of a Mediatek Helio P10 processor for number crunching. It utilises a 2,500mAh battery and offers a 16MP main camera with OIS and PDAF. The Play runs Android Marshmallow, again with HTC’s Sense UI.

Design-wise, the two aren’t significantly different. HTC’s all-metal flagships like the 10 (review) and its immediate predecessors have been quite impressive in terms of design and build, but the U Ultra (which is also a flagship for all intents and purposes), and its mid-range sibling, the U Play aren’t clad in metal. In fact, the brand has moved to a curvy glass design, which does look rather nice – if not as impressive as the industrial, machined look of the HTC 10. The U Play and U Ultra aren’t slippery, but gather smudges and fingerprints like there’s no tomorrow… especially the models in the darker shades.

The controls and port placement is quite similar too – you’d find capacitive home buttons on the chins with integrated fingerprint scanners, volume rockers and power buttons on the right, USB Type-C ports on the bottom and SIM trays on top. Worth noting that both phones miss out on 3.5mm audio sockets and use Type-C audio instead. 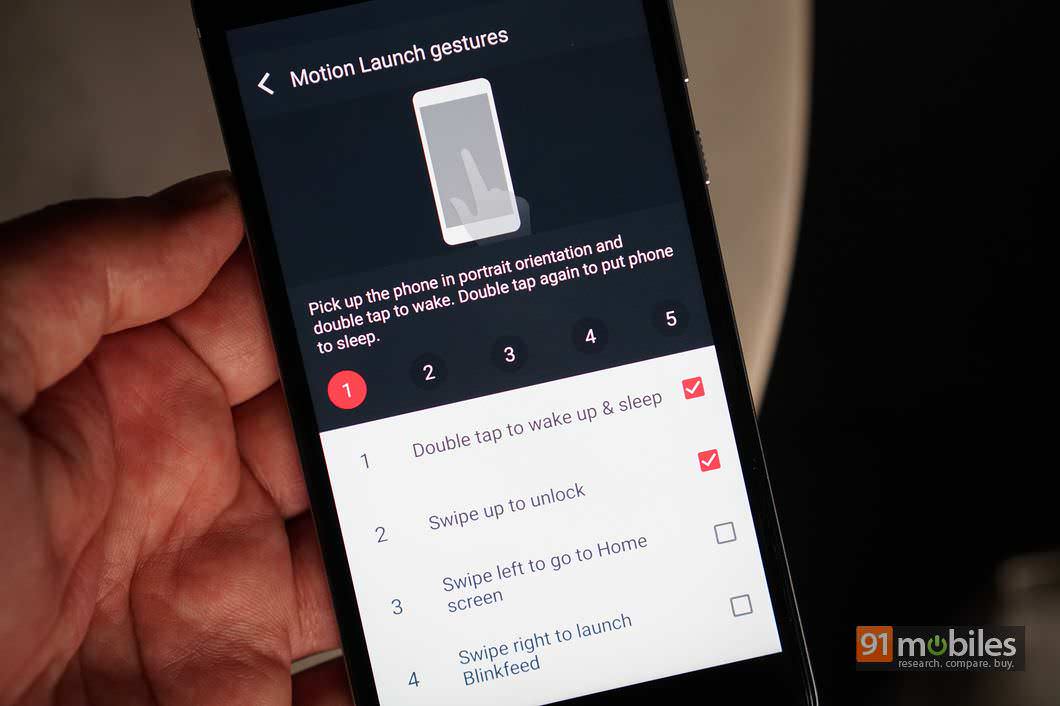 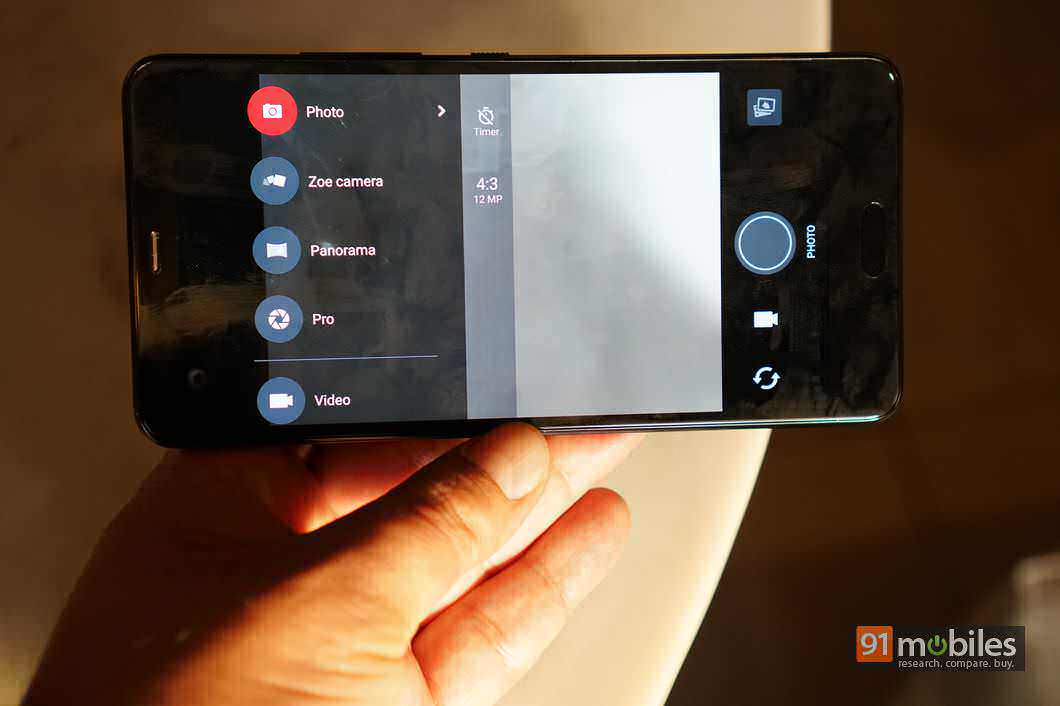 As far as the interface is concerned, not many differences again. The staple HTC features like BlinkFeed and Motion Launch gestures are there, including the standard camera app that offers features like Zoe Camera and a Pro mode. 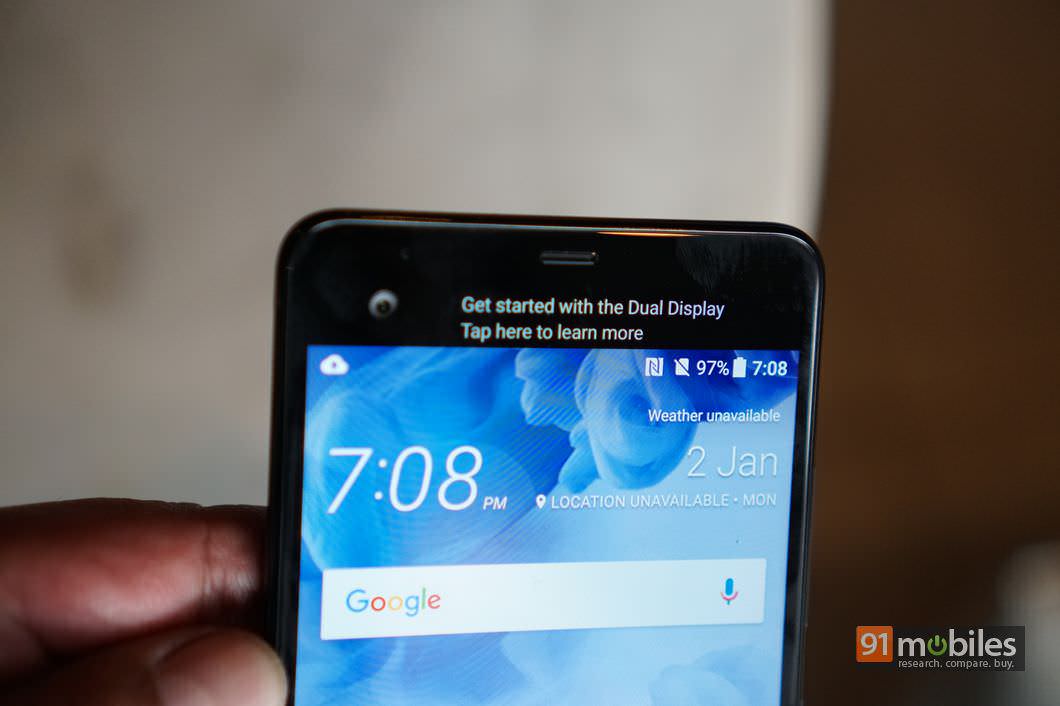 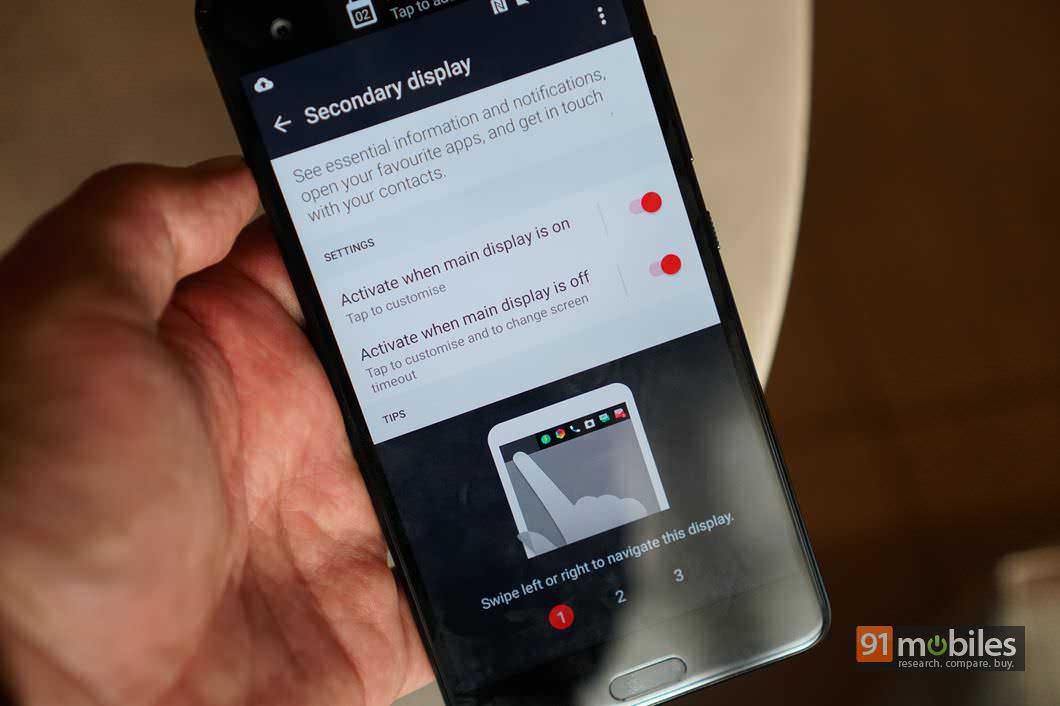 The secondary display on the U Ultra seems similar to the one on the LG V20 (review), letting you place app shortcuts, favourite contacts etc for quick access. It also displays notifications and other relevant stuff, and gets its own settings module that allows you to set behaviour. The U Ultra also gets four always-on, low power microphones that allow you to use voice commands to control the phone, all without touching and using just your voice. The four mics also enable 3D Audio for capturing positional sound. The Ultra certainly looks like a loaded device, since it also gets BoomSound speakers. 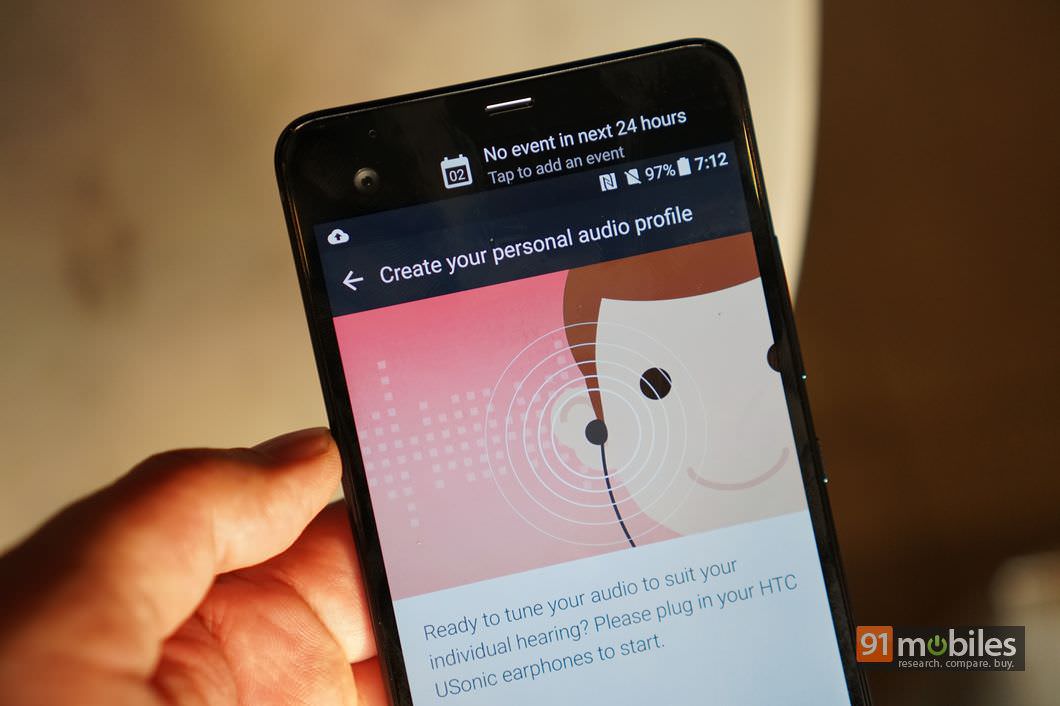 In our brief usage, both phones worked smoothly and didn’t show any signs of lag. It’s a tad early for us to comment on camera quality, but test shots looked good too. We’ll leave the details for our in-depth review, but the couple of other features we’re very keen to try out are the Sense Companion and the USonic audio tweaks…. present on both the U Ultra and the U Play. The Sense Companion is an AI-based smart assistant, which supposedly keeps getting better the more you use it. The stuff it can do includes suggesting what to wear (based on the weather), reminding you to keep your phone charged when it sees you have a busy calendar etc. The USonic feature lets you create custom audio profiles by analysing your inner ears and tweaking audio output accordingly.

Clearly, the U Ultra is the more exciting of the two, and priced at Rs 59,990, it certainly doesn’t come cheap. It competes with the likes of the LG V20 and the Google Pixel XL (review), and on paper, seems to have what it takes to be a powerful rival, if only it can deliver on the basics like performance, battery life, camera quality, and the other special features it has like the Sense Companion. The U Play does seem pricey considering its specs and the Rs 39,990 sticker price, but we’d want to check out how it fares as a daily driver before passing judgement. Keep an eye out for our in-depth reviews… in the pipeline as you read this.