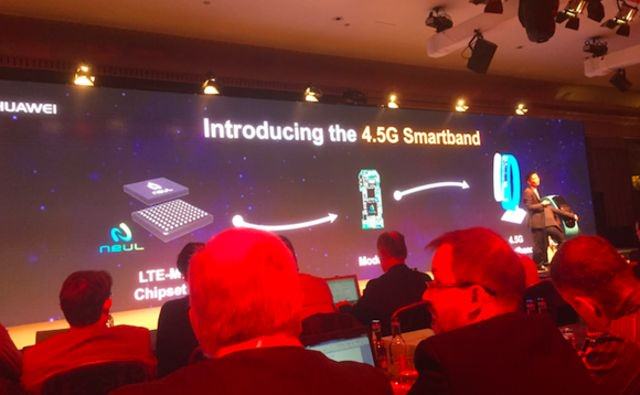 Just before MWC 2015 kicks of, Huawei has announced its latest wearable device called the Huawei 4.5G Smartband. It is the world’s first wearable device to support 4.5G LTE-M connectivity. It is expected to launch as the successor of the TalkBand B1 at MWC 2015, where the brand will also unveil its latest Android phones.

The complete features of the Huawei 4.5G Smartband are a mystery at the moment, and the brand will reveal them MWC next month. However, we do know that the band will be water and dust proof, and will offer health tracking sensors, a 1.4-inch OLED display, NFC and Bluetooth.

It’s worth mentioning that Huawei’s 4.5G network won’t be rolling out commercially until next year. The Chinese telecom firm claims that its 4.5G LTE network will be capable of delivering data speeds as high as 1GB/sec.