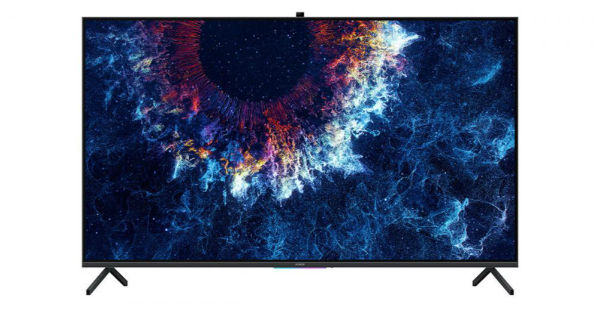 “The Huawei Smart TV has a pop-camera and is expected to be the hub for smart home control, thanks to the AI-powered interactive user experience”

Huawei’s sub-brand Honor unveiled the Vision Pro smart TV in China with Harmony OS and pop-up camera back in August. Now, Huawei is gearing up to launch its second smart TV as the pre-orders of the product kickstarted in China earlier today via JD.com. It also comes equipped with the brand’s HarmonyOS, a departure from Google’s operating system. The TV also has a pop-camera and is expected to be the hub for smart home control, thanks to the AI-powered interactive user experience. The smart TV will be officially launched on September 19th, alongside the Mate 30 series.

Furthermore, the 65-inch variant of Smart TV is currently up for pre-orders, but it’s possible there could be other models as well. The Bluetooth SIG recently certified new Huawei screens with model numbers HEGE, OSCA-550, OSCA-550A, OSCA-550X, and OSCA-550AX, and all these are based on EMUI HomeVision. The Huawei Smart Screen is expected to get the HiSilicon Hi1103 chipset. Unfortunately, no other details about the TV are revealed yet, but we should learn more information soon. It’s possible Huawei Smart Screens could be expanded to international markets soon.

The Honor Vision is the company’s first product to run the Harmony OS and was launched in two models: standard and Pro variant. The latter gets a full-HD pop-up camera. The TV packs an all-metal design, slim bezels and a 94 percent screen-to-body ratio. The TV comes with a 55-inch 4K panel that supports 87 percent NTSC wide-colour gamut and offers 400 nits brightness, and a 178 degree viewing angle. The Honor TV also received the low blue light certification from TÜV Rheinland. They are powered by the 28nm Hongchu 818 chipset, coupled with 2GB RAM and up to 32GB of onboard storage.