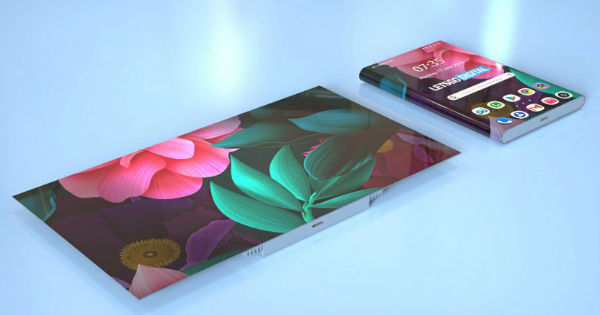 “Thanks to the double hinge design, Huawei seems to be planning on implementing multiple configurations”

Huawei has announced the Mate X, its first foldable phone at the MWC 2019 event. While the handset is yet to hit the stores, the company seems to be already working its successor. According to new patents, as discovered by LetsGoDigital, the company could be working on a phone that folds twice. Thanks to the double hinge design, Huawei seems to be planning on implementing multiple configurations including a widescreen tablet style, double display handheld and a stand-like design. 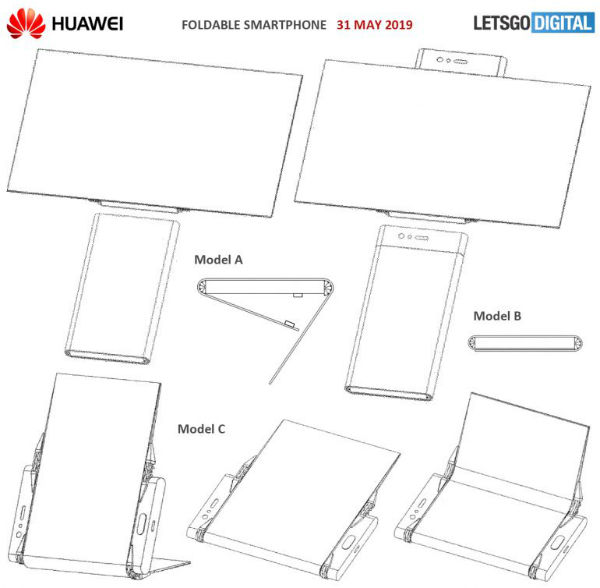 Furthermore, the front side of the screen contains the cameras, sensor, and main home button. When completely folded, it has a design and form factor of a regular smartphone. Unlike the Galaxy Fold, the crease is on the side where the phone actually folds. This also creates a larger screen-real state as well. Magnets could hold the flexible display, and when fully unfolded, it has a size of a large tablet with an all-screen design. If one part of the screen is folded, it functions as a desk-stand mode, and the interface is said to adjust accordingly. With a series of patents from various brands, foldable technology appears to be the next big thing that could take the smartphone innovation to a new level.

Separately, after Samsung, Huawei also delayed the Mate X launch. Instead of going on sale this month, the phone is now confirmed to hit the stores sometime in September. Though the company seem pretty confident about the product, it wants to perform last-minute tests with telecom operators around the globe for better quality. Additionally, Huawei also claims that the UI and apps work flawlessly when the Mate X is fully folded.