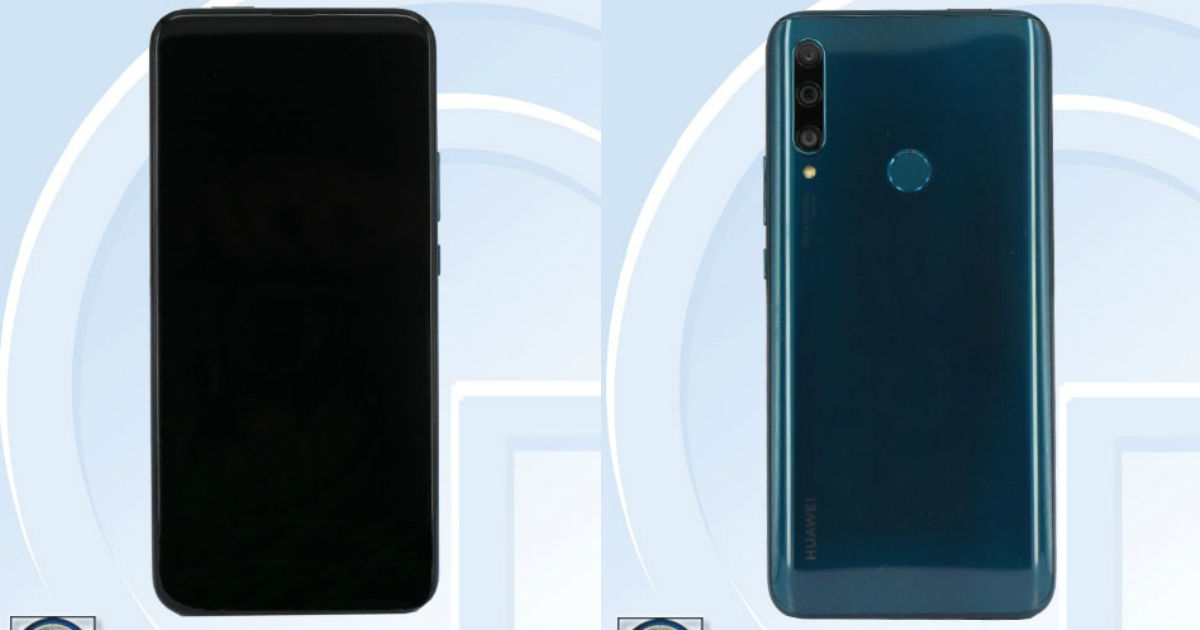 Details of a new Huawei smartphone with model number STK-TL00 has surfaced online, with reports claiming it could be the Enjoy 10 Plus. The Huawei Enjoy 10 Plus smartphone has appeared on Chinese certification site TENAA, which reveals the key specifications as well as the design of the handset. It shows the smartphone will come with upgrades such as a notch-less display, triple rear cameras, more storage for the base variant, and in-display fingerprint sensor. While there is no indication yet regarding when the Huawei Enjoy 9 Plus will be launched, it could be in October, the same month that the Enjoy 9 Plus was unveiled in China last year.

According to the TENAA listing, the Huawei Enjoy 10 Plus smartphone will feature a large 6.59-inch full-HD+ (1,080 x 2,340 pixels) TFT display with in-display fingerprint sensor. The smartphone will be powered by an octa-core processor with 2.2GHz clock speed. While the processor name is not available, we can speculate it will likely be the Kirin 810 chipset since the last year’s model came with Kirin 710 SoC. It will come with Android 9 Pie operating system; 4GB, 6GB, and 8GB RAM options; 128GB in-built storage; and up to 512GB microSD card support.

On the camera front, the Huawei Enjoy 10 Plus will have a 48-megapixel primary camera as well as 8-megapixel and 2-megapixel secondary sensors. On the front will be a 16-megapixel selfie camera. The smartphone will have a 3,900mAh battery, which is a tad smaller than the 4,000mAh cell of the predecessor. It will come in Black, Blue, and Green colours. Lastly, dimensions are 163.5 x 77.3 x 8.8mm and weight is 196.8 grams. We can see the pop-up module for the selfie camera towards the left, while the Volume and Power buttons are placed on the right edge. On the back, the vertically aligned triple rear camera setup, a LED flash, fingerprint sensor, and Huawei branding are visible.