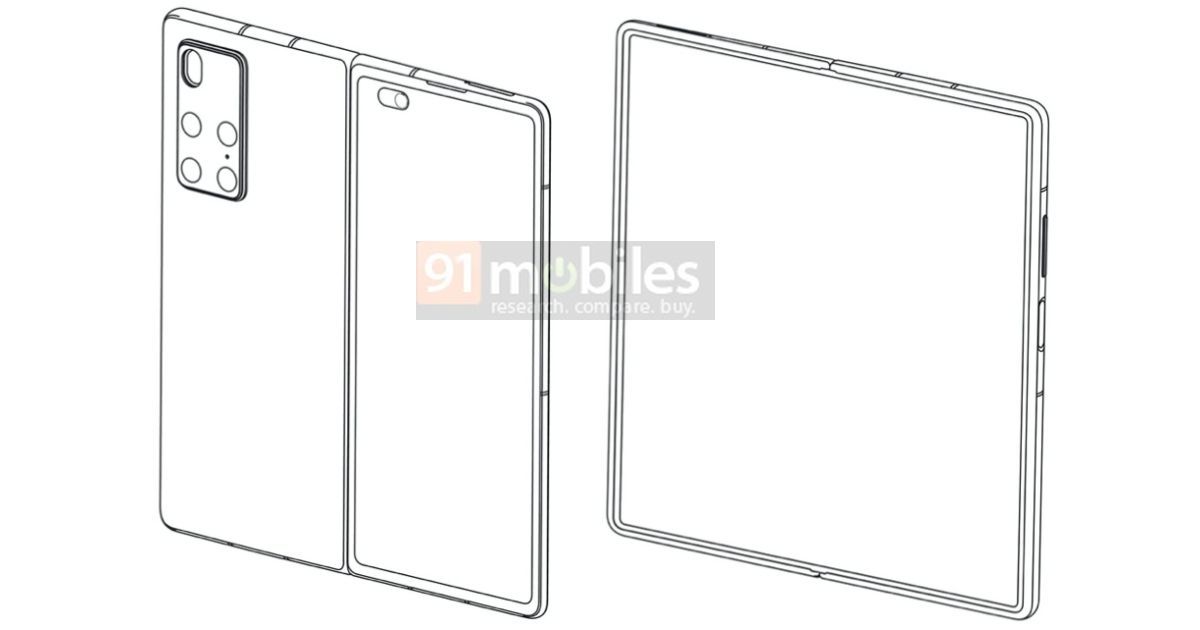 Huawei could be working on yet another foldable phone, according to the patent filed at the State Intellectual Property Office of the People’s Republic of China, as discovered by 91mobiles. The application, which was published earlier today, contains images of a foldable phone design that is strikingly similar to the Samsung Galaxy Z Fold2. There is a cover display that is bezel-less and features a dual-punch hole cutout, while the primary display is one large flexible screen with no notch or cutout for a camera.

One design shows the rear camera setup in a rectangular module while another design shows a vertical camera system. The volume rocker and power button with a fingerprint sensor embedded in it are present on the right spine. The USB Type-C and speaker grill are present up top, while the bottom edge has a SIM tray tool. The foldable phone is designed to open and close like a book much like the Samsung Galaxy Z Fold2. So far, Huawei has launched the Mate X and Mate Xs, both of which offer a single foldable display on the outside.

Even the hinge on the Huawei phone looks similar to the Galaxy Z Fold2. We’re not sure whether Huawei is planning to bring this design to the market, but it does seem to be a worthy challenger to the Samsung Galaxy Z Fold2 seeing as how the two phones look alike.

Separately, Huawei had recently filed a patent for a phone with Nokia 9.1 PureView-like rear-camera design. It has a hexagonal-shaped module at the back that may house as many as five cameras. It has multiple variations of the same design, one that is placed on the top-left corner, another that is aligned in the centre, and one on the top right. The phone could be a flagship offering, but can’t be said for certain at the moment. The patent images show the phone has a volume rocker and power button on the right spine. The USB Type-C port and what looks like the SIM tray at the bottom. The phone has a notch-free and bezel-less display.