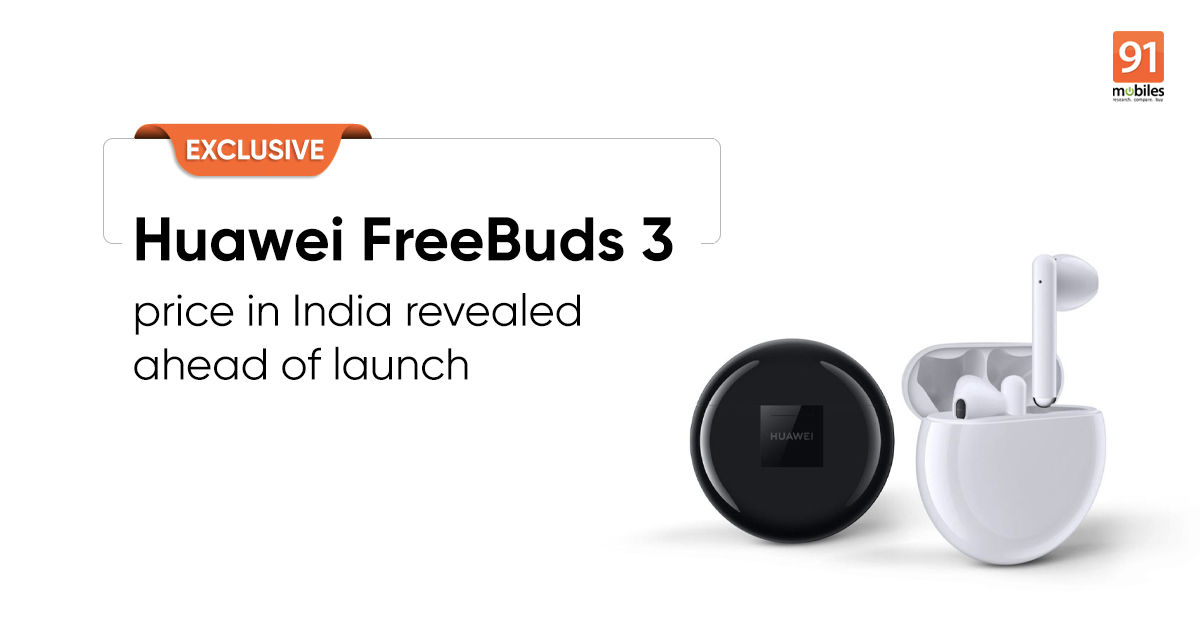 Huawei FreeBuds 3 price in India has been spotted ahead of official launch. News agency IANS reported a couple of days ago that the FreeBuds 3 truly wireless earbuds will launch in the Indian market later this month. Now, 91mobiles has discovered the FreeBuds 3 unofficially listed on Amazon India with its pricing buried in the source code. Going by the listing price, it seems clear the Huawei FreeBuds 3 will take on the second-generation AirPods. Huawei’s truly wireless earbuds were first announced back in IFA 2019 and are already listed on the official Huawei India website. 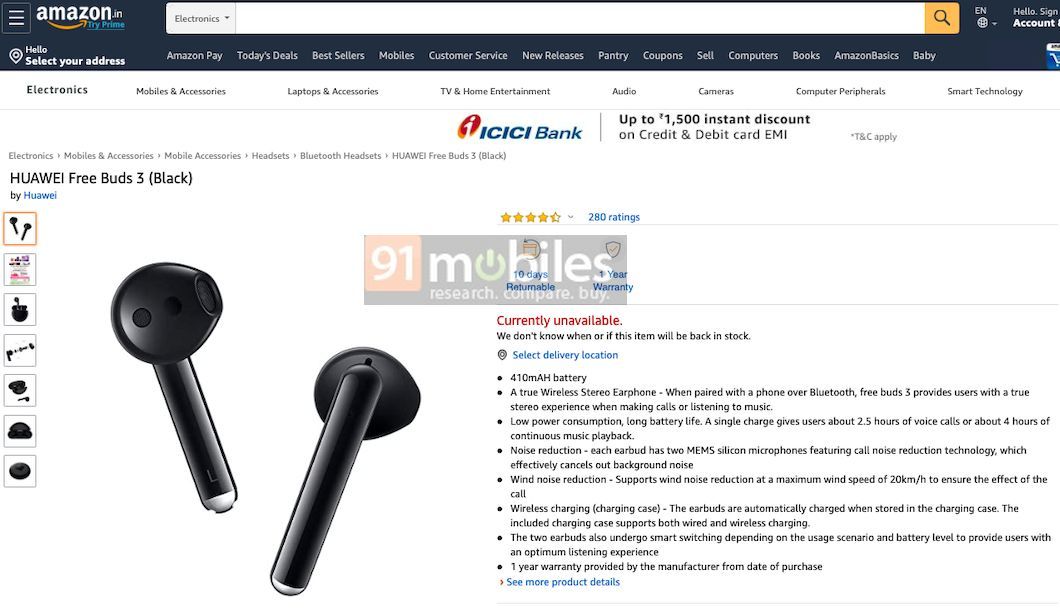 According to the source code, the Huawei FreeBuds 3 price in India will be Rs 14,990. It should be noted that the source code mentions this as the “listing price,” so the MOP may be a little lower than this. This price sets the Huawei TWS earbuds head to head against the Apple AirPods 2, which are also sold at Rs 14,900 in the Indian market. However, the Huawei earbuds’ case supports wireless charging, whereas AirPods buyers have to pay another Rs 1,000 for that feature.

Talking about the specifications, the Huawei FreeBuds 3 feature an in-ear design with a long stem and a circular charging case that supports wireless charging. The pair is rated to last up to 4 hours on a single charge with 30mAh battery on each earbud. The earphones are powered by Huawei’s Kirin A1 SoC for wearables, coupled with BT/BLE dual-mode Bluetooth 5.1 SoC and patented BT-UHD transmission protocol for 6.5Mbps transmission speed.

The Huawei FreeBuds 3 tout a Dolphin Bionic design that is said to offer a comfortable snug fit, 14.2mm dynamic drivers, and Isochronous Dual Channel transmission technology for low latency and low power consumption. The TWS earbuds come with a bone voice sensor that picks up your voice through bone vibrations and Aerodynamic Mic Duct design to suppress the wind to make voice calls loud and clear as well. Other features include intuitive touch controls to play/ pause music and the ability to seamlessly pair with devices running EMUI 10 or above.