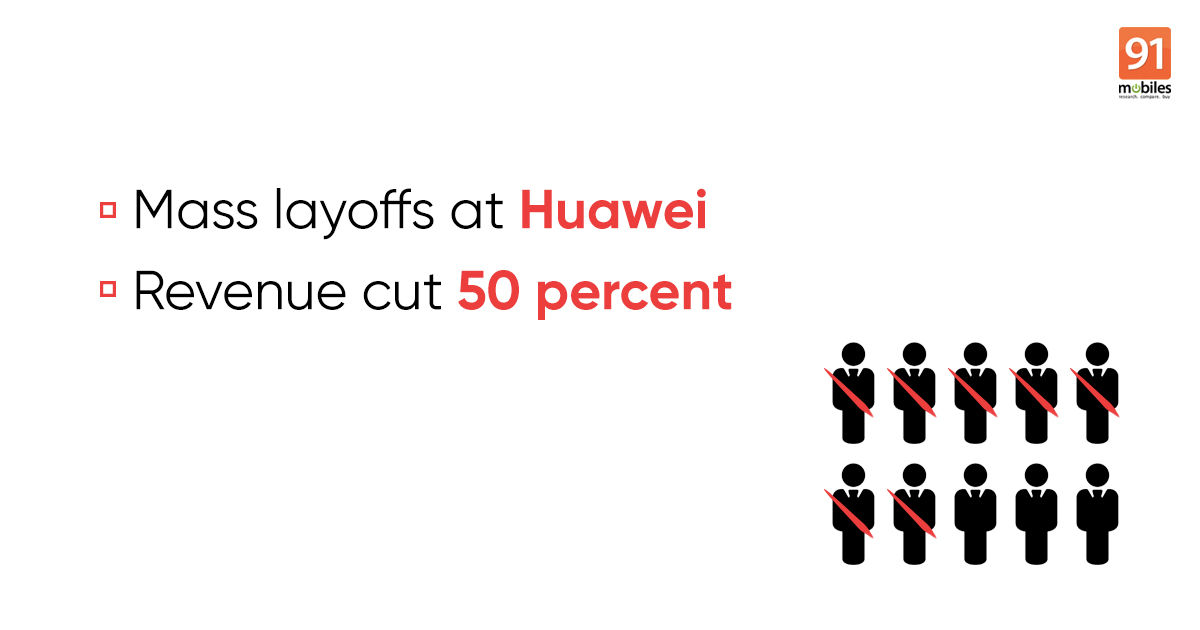 Update: Huawei has provided a statement regarding the report. “We do not comment on market speculation. Reports suggesting layoffs of more than half of Huawei staff in India are untrue.” The company added that, “Huawei has been a part of Indian ICT ecosystem for the past 20 years focused on building a better connected India. We continue to work closely with all our customers in the country. Our India operations and resources, backed by robust local talent are designed to meet any customer requirements.”

Huawei India is cutting off around 60-70 percent of its staff in the country, according to an Economic Times report. The network support, field deployment, outsourcing, and sales teams are reportedly the worst affected in the layoffs. However, employees from research, development, and the global service centre teams are excluded from the layoffs, according to the report citing sources aware of the matter. It has close to 700 employees on rolls (not including R&D staff) and hundreds through third-party firms. This mass layoff comes amid the company’s phones being cut off from access to Android for new models, leading to a stall in the launch of new smartphones, with telecom gears becoming the staple. This is compounded by the anti-China sentiment in the country and worldwide over expansionism and security concerns.

The Indian government has also informed state-run telecom networks to use local-made equipment instead of Huawei’s to upgrade their mobile network to 4G. The government is said to have asked private telcos to replace Chinese equipment gradually, without disrupting consumer services. The company is close to losing its ties with Bharti Airtel in the Rest of Tamil Nadu circle, where it will be replaced by Ericsson.

Huawei is yet to respond to the report. After the US and UK ban and poor relations in Europe, Huawei is treading gingerly and is currently relying on the Asian markets, mainly China and India, for growth. However, the anti-China sentiment and the security concerns have led to telecom contracts drying up for the company.