Huawei plans to launch more products powered by its latest Kirin A1 wearable chipset in the near future — these new wearables will include headphones, neckband, smart eyewear, and a smart speaker. Huawei’s Zach Yang, Director, Wearable and Audio Product Marketing, told 91mobiles in an online interaction that the company is looking to expand its portfolio of Kirin A1-powered products in 2020 and 2021. The processor, which is exclusively designed for wearable products, was launched at IFA 2019 last year and the company has since introduced products like the FreeBuds 3 and Huawei Watch GT 2 that are powered by the HiSilicon Kirin A1 SoC. The Huawei Watch GT 2 has already launched in India, while the FreeBuds 3 are expected to release soon as well.

Unfortunately, Huawei did not reveal the names of the upcoming Kirin A1-powered headphones, smart eyewear, or the smart speaker, nor did the company point towards a specific timeline for the global launch. However, the aim is to launch the wearables soon enough, possibly by the end of the year or early next year. Both Huawei and its sub-brand Honor have expressed their desire to launch more wearables and IoT products in India, and so we expect some of these upcoming Kirin A1-powered products to come to the country as well, although Yang could not comment on this just yet. 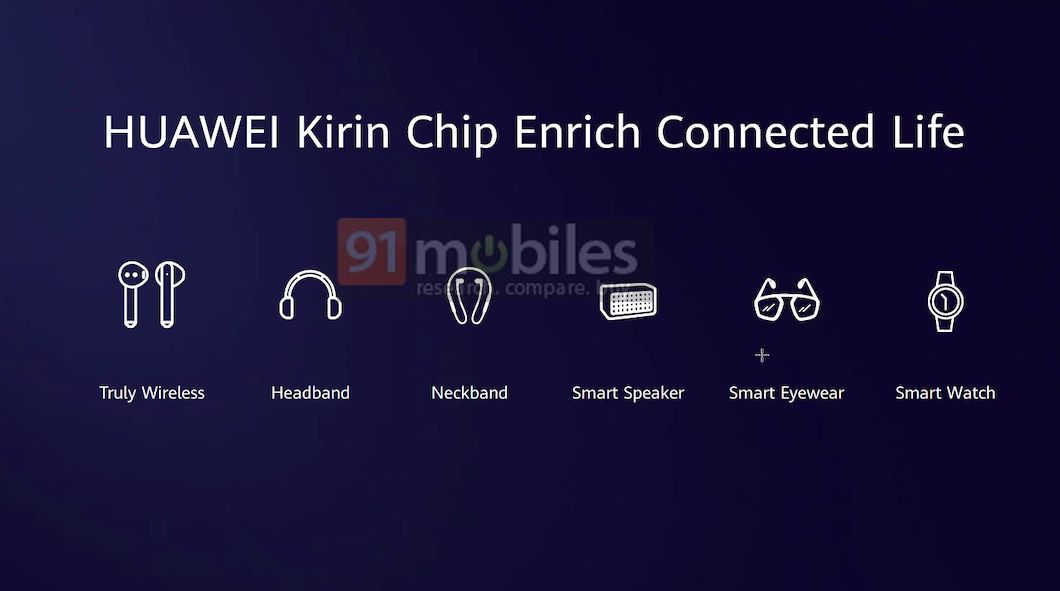 The Huawei executive says the company is particularly proud of the Kirin A1 processor as it aims to deliver high performance and comes with a dual-chip architecture for better energy efficiency. The wearable chipset also supports dual-mode Bluetooth 5.1, low latency, and Ultra HD lossless audio for earphones. The high efficiency of the processor also allows earbuds like the FreeBuds 3 and smartwatches like the Watch GT 2 to deliver long-lasting battery lives.

When asked about the future of wearable devices, Yang said that he hopes to see products become smaller, offer better health management, and more accurate tracking with newer sensors. With AI technology expected to improve more and more, he feels the interaction between humans and their wearables will only get better.

Meanwhile, the Huawei FreeBuds 3 truly wireless earbuds are set to launch in India soon. The company was expected to release the earbuds in March, but the company has delayed the launch, likely due to the coronavirus lockdown in the country. 91mobiles had discovered the India price of the FreeBuds 3 on Amazon India, and it seems the earbuds will launch at Rs 14,990. The FreeBuds 3 earbuds are rated to last up to 4 hours on a single charge, feature 14.2mm dynamic drivers, and come with Isochronous Dual Channel transmission technology for low latency and low power consumption.