At an event in Berlin today, Huawei has taken the covers off the much anticipated Mate 10 and Mate 10 Pro flagships. The devices feature premium metal designs with dual cameras and fingerprint sensors at the rear. The Mate 10 features a 5.9-inch display with a resolution of 1,440 x 2,560 pixels and HDR 10 support. Powering the smartphone is Huawei’s own ‘AI enabled’ Kirin 970 SoC, which is the brand’s first processor to come with a neural processing unit. It is paired with 4GB of RAM and 64GB of expandable storage. The biggest upgrade to this device comes in the camera department. The Leica-branded snappers consist of a 12MP RGB sensor and 20MP monochrome sensor, both with f/1.6 aperture. The cameras also get OIS, PDAF and laser autofocus. The front camera is an 8MP unit with f/2.2 aperture. The Mate 10 is fuelled by a 4,000mAh battery which comes with Huawei’s SuperCharge technology. It runs the latest version of EMUI, v8.0 based on Android Oreo. It is available in Mocha Brown, Champagne Gold and Black hues. 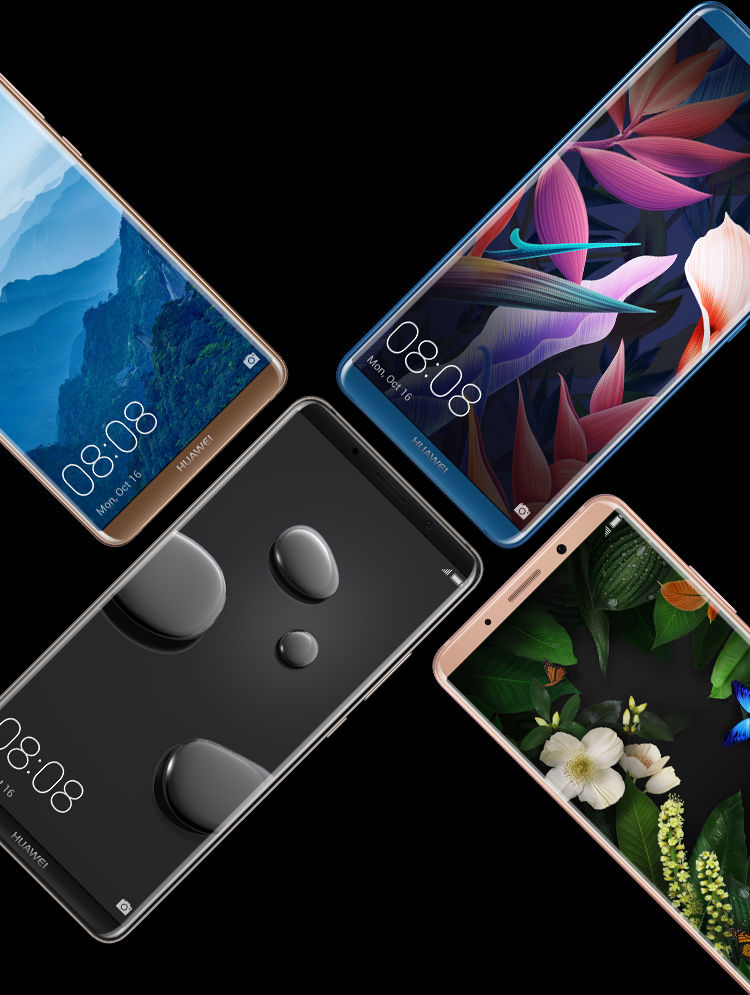 The Huawei Mate 10 Pro features a slightly larger 6-inch display, but adopts the popular 18:9 aspect ratio. For some reason though, Huawei has decided to opt for a full HD+ resolution at 2,160 x 1,080 pixels. While the device is powered by the same Kirin 970 SoC as the Mate 10, it comes in two configurations – 4GB RAM + 64GB storage and 6GB RAM + 128GB storage. Like last year, Huawei has also launched a Porsche Design variant of the Mate 10 Pro, and this variant features 6GB RAM + 256GB of storage. The device gets the same camera, battery and software specs as the Mate 10, but adds IP67 water resistance to the bargain. Unfortunately, it loses out on a headphone jack in favour of Type-C audio. The Mate 10 Pro comes in Midnight Blue, Titanium Grey and Mocha Brown colour options.