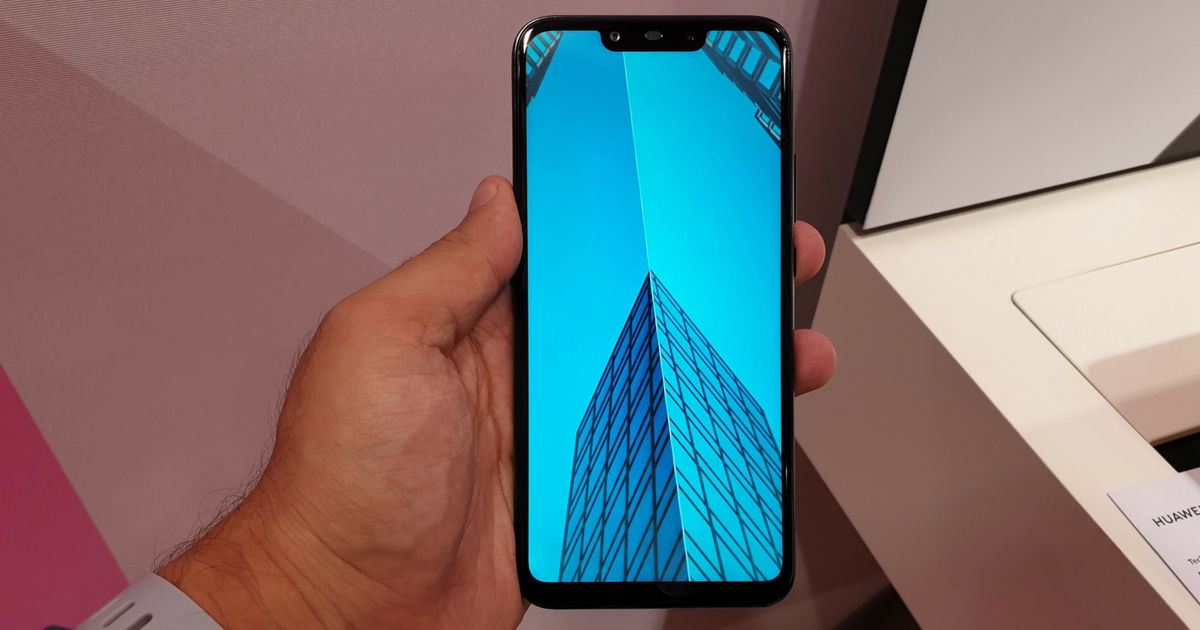 Chinese giant Huawei took centerstage at IFA day before yesterday to take the wraps off its latest flagship processor, the Kirin 980. During the launch, the brand also revealed that the upcoming Mate 20 and Mate 20 Pro flagships will go official on October 16th and draw power from the Kirin 980, which is world’s first 7nm mobile SoC. However, before that, the handset maker has already launched an affordable sibling in the form of the Mate 20 Lite. The phone caught my eye at IFA, and here’s how I’ll describe my initial experience. 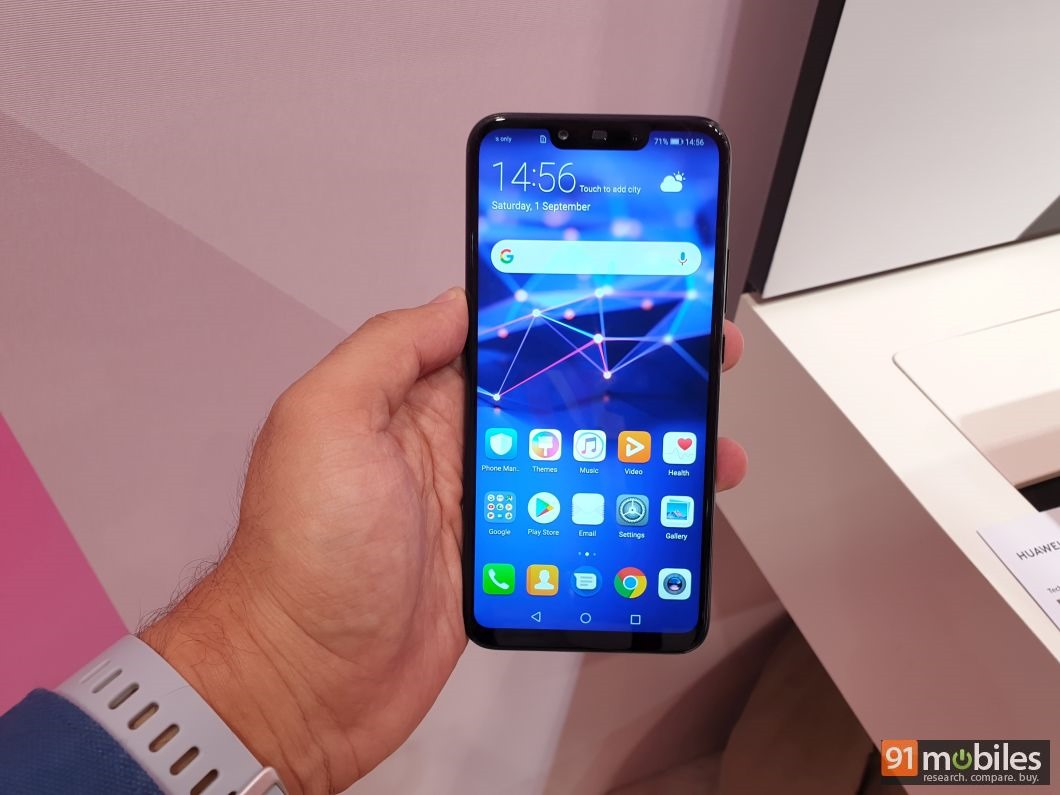 Even though the Huawei Mate 20 Lite features a tall display, the panel seems to be quite wide as compared to most smartphones we’ve come across of late. That said, thanks to slim bezels on three of its sides and a notch at the top of the screen, the phone can be held in one hand easily. I could access reach the corners of the panel easily.

Talking about the display, the Mate 20 Lite sports a 6.3-inch panel with full HD+ resolution and an aspect ratio of 19.5:9 to house the notch. Just like previous offerings from the brand, the cut-out isn’t distracting per se and you can, of course, disable it if you wish to do so. Quality-wise, I found the screen to offer pleasing colours and good viewing angles. 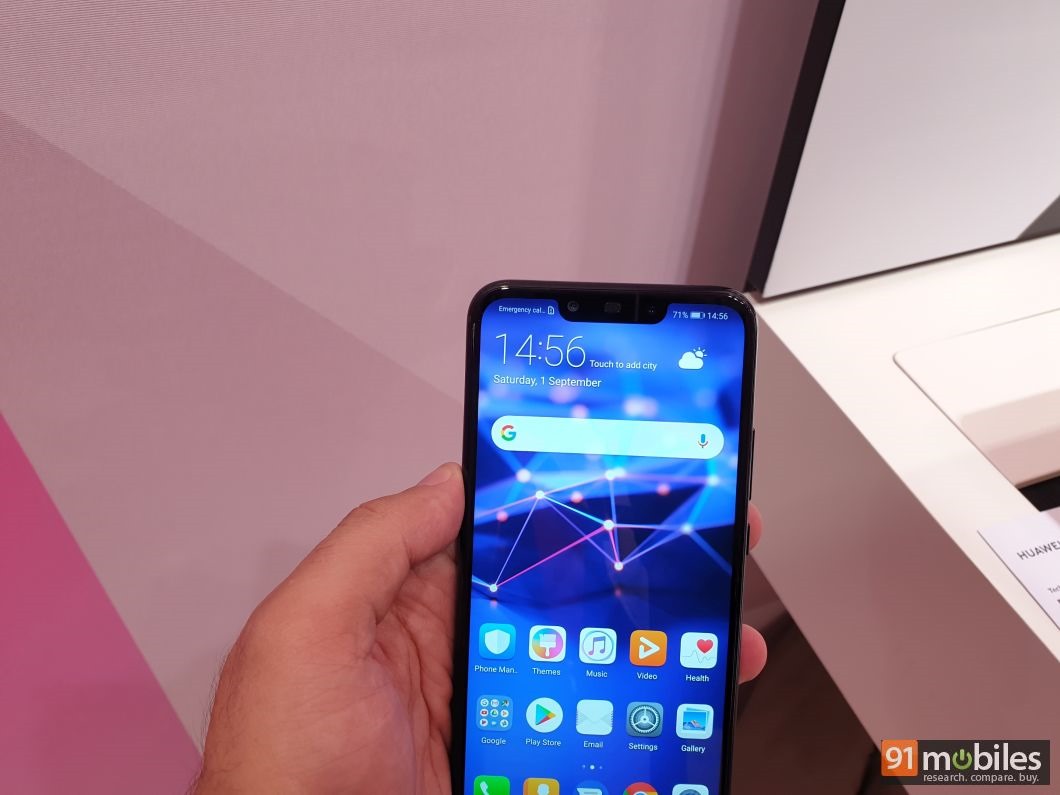 Huawei’s Mate 20 Lite offers a standard set of buttons and ports, and hasn’t skimped upon the 3.5mm audio socket, unlike other flagships from the brand. At the back, the cameras are aligned in a vertical orientation, accompanied by a circular fingerprint sensor. Sadly though, the shooters protrude from the phone’s surface slightly.

Running the show on the Mate 20 Lite is Huawei’s latest mid-tier chipset – the Kirin 710. The 12nm processor also powers the Nova 3i (review), and offers a good balance between performance and power efficiency. Not that you’ll need to worry about the phone running out of juice quickly though, since the device ships with a powerful 3,750mAh battery, which also supports fast charging. 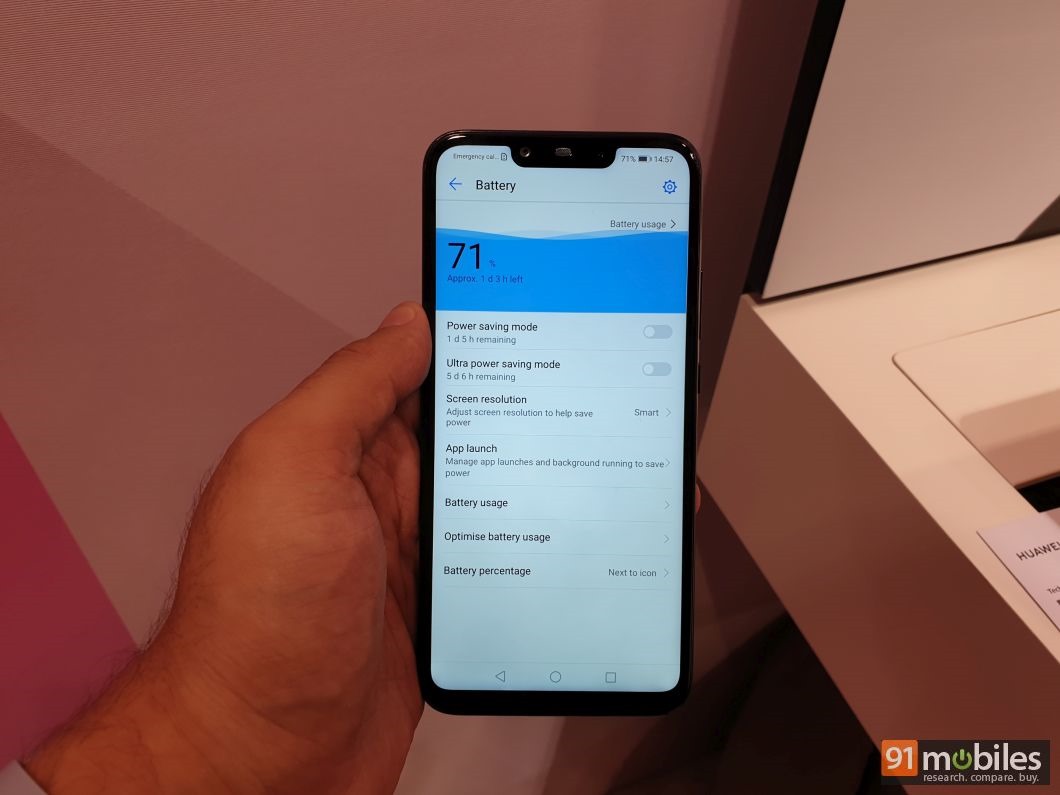 As far as memory is concerned, the smartphone comes with 6GB of RAM and 64GB of ROM. You can also top up the storage by slotting in a microSD card of up to 256GB. Just like the Nova 3 duo (review), the Huawei Mate 20 Lite features quad cameras – two at the back and two at the front. The rear camera setup includes a 20-megapixel shooter, which is paired with a 2MP depth sensor. For selfies, the phone flaunts a high-res 24-meg snapper, which is also paired with a 2MP lens for capturing the depth information. The camera interface offers portrait mode, AR lens, and AI Master among other modes. 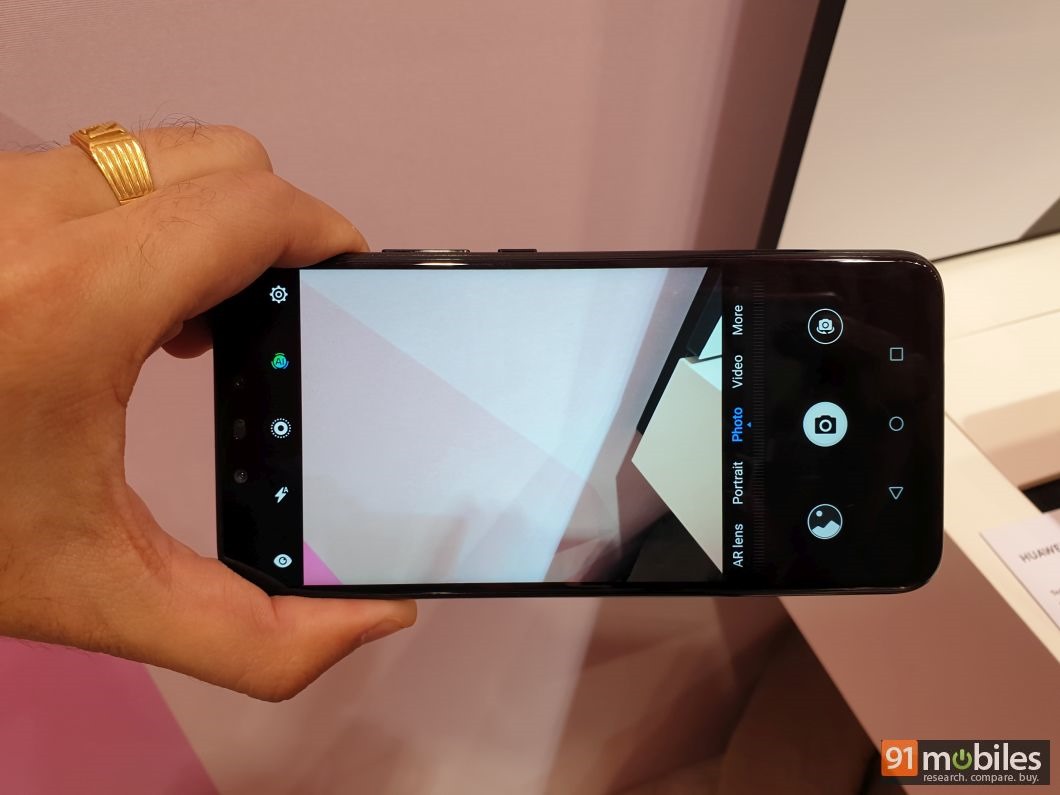 In terms of software, the Mate 20 Lite runs the proprietary EMUI 8.2 skin atop Android 8.1 Oreo. The UI is laden with features, and the phone comes with a slew of preloaded apps such as Amazon, Facebook, Netflix, along with trial versions of a bunch of games. 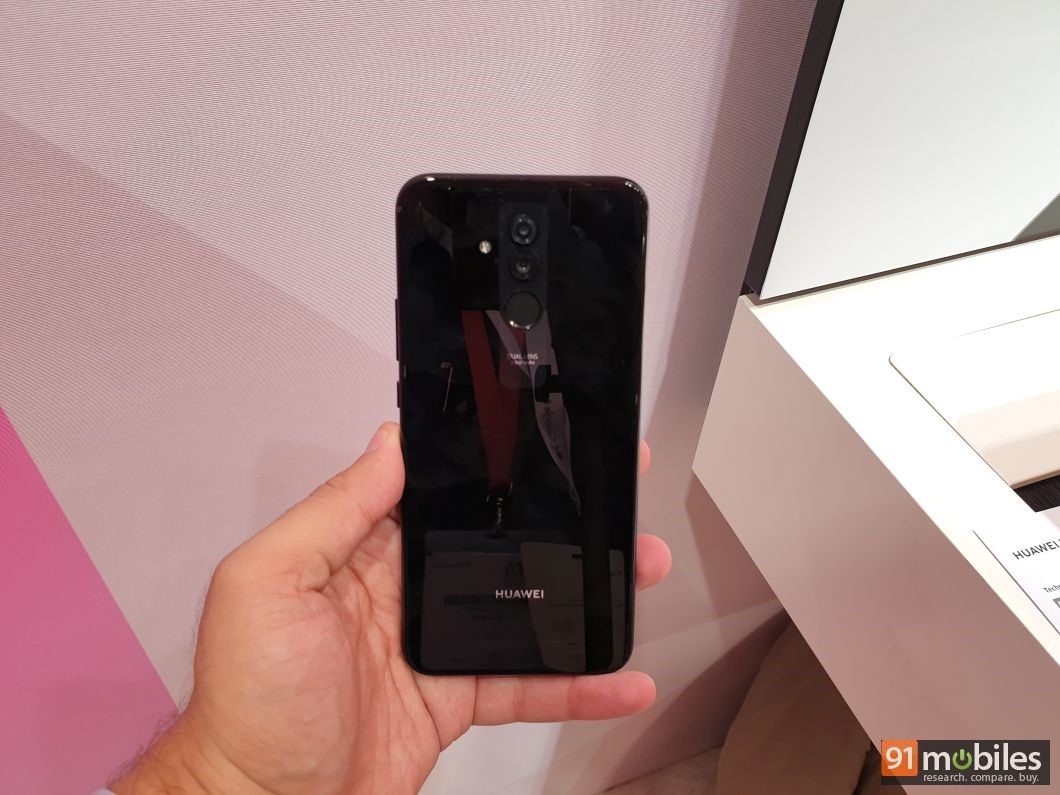 The Huawei Mate 20 Lite has already gone up for sale in select European countries at a price equivalent to Rs 30,000. While we don’t know if and when the smartphone will be landing in India, the phone does indicate that we can expect the forthcoming Mate 20 flagships to offer an impressive roster of specifications.