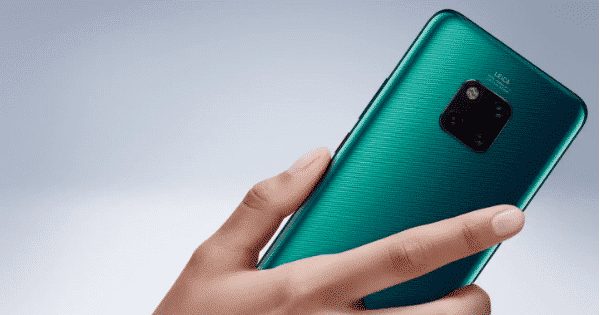 Huawei Mate 30 Pro smartphone’s yet another real-life image has surfaced on the interwebs. The photo shows the front of the handset, which is similar to what we’ve seen on the earlier leaked live image of the device. The Huawei Mate 30 Pro photo suggests that the smartphone will have highly narrow bezels and a display that curves towards the two sides. A wide notch is also visible in the Mate 30 Pro live image, which is expected to house a handful of sensors for 3D face unlock functionality, apart from the selfie camera. Recently, some leaked screen protectors showed as many as five holes in the wide notch to house various sensors.

The Huawei Mate 30 Pro’s live image hasn’t revealed anything else about the device. As per the earlier reports, the phone could have a 6.7-inch display with an OLED panel. The handset is expected to feature an ultrasonic in-display fingerprint sensor to provide more accurate and speedier readings than the optical sensor on the Mate 20 Pro. The leaked images suggest that the Mate 30 Pro will ditch an earpiece to utilise Sound-On-Display technology present on the P30 Pro.

As for the other specs, the Huawei Mate 30 Pro specifications could include a triple camera setup at the rear – 40MP + 40MP + 8MP. The main 40MP camera is expected to sport an aperture of f/1.4-f/1.5 and RYYB pixel layout, while the secondary 40MP sensor is said to be an ultra-wide-angle lens. The third 8MP camera is expected to offer 5X zoom capabilities. Notably, a recent trademark suggested that Huawei could equip the Mate 30 Pro with SuperSensing technology. The brand is also expected to ditch Corning’s Gorilla Glass for its own Huawei AIR Glass on the upcoming Mate. The other rumoured specs include a Kirin 985 processor and a 4,200mAh battery with 55W fast charging support.

If the reports are to be believed, Huawei will introduce the Mate 30 series smartphones at an event in October this year. There’s no word regarding the pricing and availability at the moment.