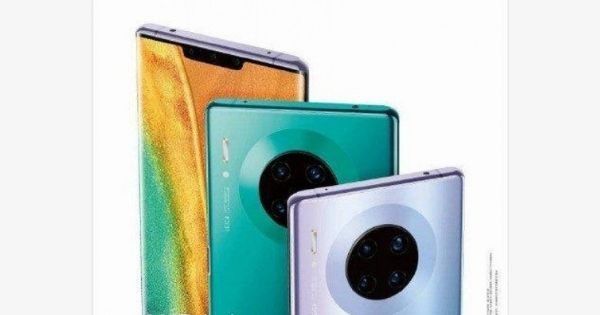 Huawei posted a teaser on Twitter confirming the Mate 30 launch date. The Chinese giant will be announcing the Mate 30 series at an event in Munich, Germany on September 19th. The Huawei Mate 30 series has seen its fair share of leaks, reports, and renders. We already know what the phone is going to look like thanks to a leak that showed the phone in the wild. The new series is expected to include at least two variants namely, the Mate 30 and the Mate 30 Pro. A less powerful Mate 30 Lite could also be announced in certain regions.

Related read: Everything you need to know about Huawei Mate 30 and Mate 30 Pro

The launch teaser doesn’t reveal or confirm any details about the upcoming smartphones. However, it does pretty much confirm that the phone will come with a circular rear camera setup. The teaser features the tagline ‘Rethink Possibilities’ and states that Huawei is going full circle. All the leaked photos have shown a new circular camera setup on the Mate 30 Pro. Its predecessor, the Mate 20 series, came with a square camera setup with triple cameras. With the Mate 30 Pro, Huawei is also expected to include quad rear cameras.

Did you get it right? The countdown to #HuaweiMate30 starts now!
We're going full circle in Munich on 19.09.2019.
Join us live: https://t.co/9ugi5gG9ci#RethinkPossibilities pic.twitter.com/etRYjrBVEC

As per the leaked images, rumours and the reports, the Huawei Mate 30 and Mate 30 Pro will feature a waterfall display with extreme curves on both sides. It will also come with a wide notch at the top, similar to the Mate 20 Pro. At the back, a vertically placed LED flash will be available next to the circular camera setup. The phone is expected to have faster wireless and reverse wireless charging.

The Huawei Mate 30 series is expected to be powered by the Kirin 990 chipset, which will be announced on September 6th at IFA Berlin. The Pro variant could come with a 6.7-inch QHD+ AMOLED display with 90Hz refresh rate, whereas the Mate 30 may get a 6.5-inch FHD+ panel. The Mate 30 and 30 Pro are expected to get 4,200mAh and 4,500mAh batteries, respectively. The Pro variant will have a quad camera setup at the back with dual 40-megapixel sensors, an 8-megapixel telephoto sensor, and a 3D Time of Flight unit. We should know all the details in a couple of weeks.