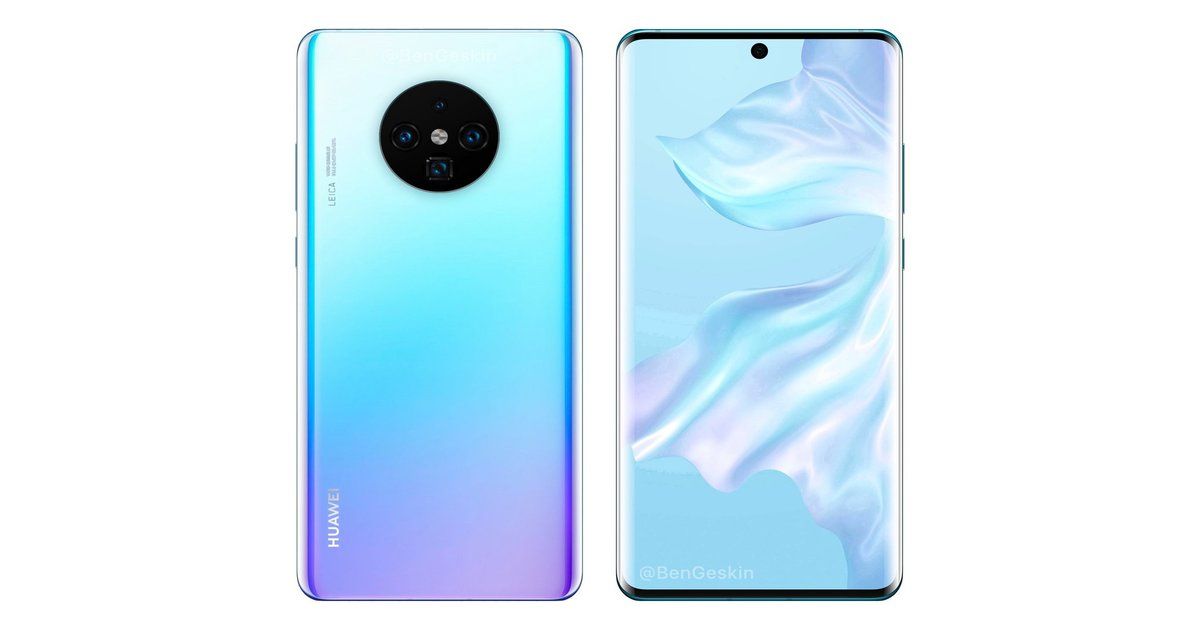 “Huawei Mate 30 Pro render by Ben Geskin shows the smartphone will have thin bezels on the sides, punch-hole display, and circular camera module on the back”

Huawei’s Mate 30 series is finally starting to pick up steam on the rumour radar as a couple of renders of the device have been reported so far. But here’s a clear look at a new Mate 30 Pro render from Ben Geskin (on Twitter) of the entire device, based on information that has leaked about the device so far. Although this is quite early for a Mate 30 Pro render, Geskin has made quite a name for himself for making renders of upcoming handsets and many of his renders have been accurate in the past.

The interesting part is the front screen, which according to the designer, will have hole-punch in the centre similar to what has been tipped for the Galaxy Note 10. It’s a full-screen design with very minimal bezels and a curved display that resembles Samsung’s phablet closely. Flipping to the back, the quad-camera setup is still there but what’s different from other leaked renders is its placement and one of the sensors likely being a 10x zoom periscope. That’s our presumption from the square-shaped sensor and this hasn’t been hinted before. The Leica branding is present as well, obviously, but on the sides. It also seems that a circular camera layout is very likely going to be a reality this year with the Mate 30 Pro.

Specifications of the rear camera have still not leaked but Huawei is one of the leading brands when it comes to smartphone photography. We expect the Mate 30 Pro to be the best representation of that. It’s also being rumoured that the Mate 30 Pro could feature a 90Hz display, 55W fast charging, as well as an unreleased Kirin 985 chipset with 5G capabilities. That said, the launch is far off considering the Mate 20 was released in November last year and we would advise taking all current leaks with a pinch of salt.