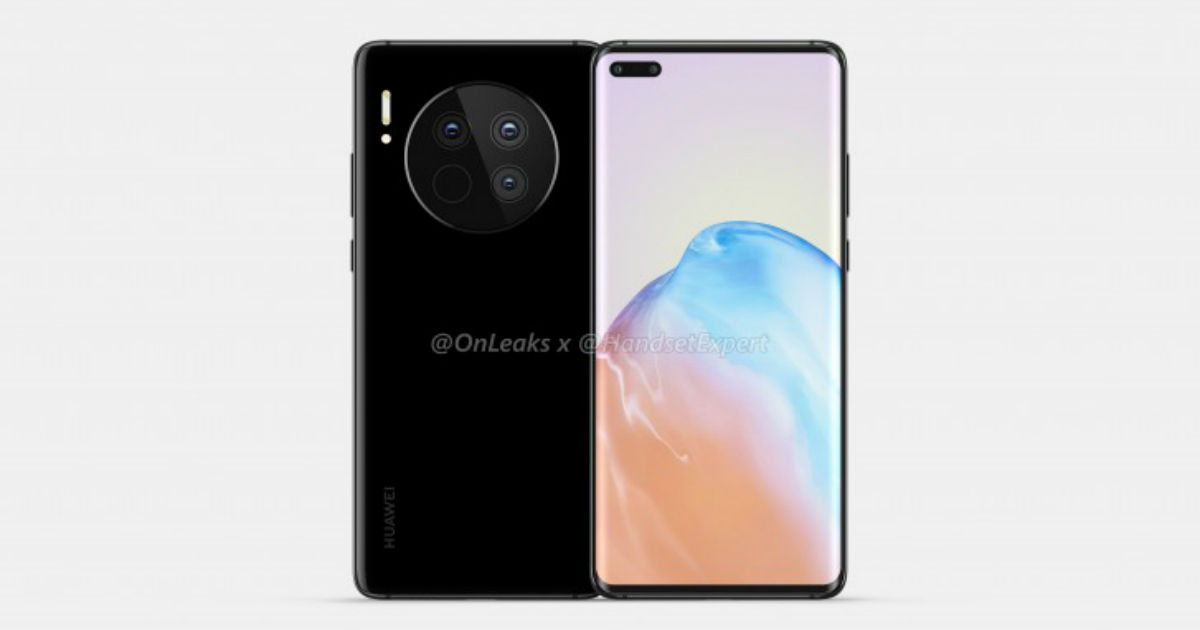 Huawei Mate 40 series will be launching later this year, though the availability in markets like India is still unclear. Now, while we wait for the announcement, CAD-based renders of the Huawei Mate 40 and Mate 40 Pro have surfaced online. These renders show off the design of the Huawei Mate 40 phones from all angles. Some of the most notable changes to the design includes the rear camera module and punch-hole display. Starting off with the standard Huawei Mate 40, the renders provided by tipster OnLeaks in collaboration with HandsetExpert show off a phone with a huge circular rear camera module housing three camera sensors. The fourth lens could be a LIDAR like sensor seen on iPad Pro models. Outside of the camera module, there’s LED flash and Huawei branding at the back. On the front, Huawei Mate 40 adopts the dual-punch hole design, similar to the one found on the P40 Pro. It is rumoured to pack in face unlock system for security. The display panel is curved to the edges and has slim bezels. It is said to measure 158.6 x 72.5 x 8.9 mm, meaning it should flaunt a 6.4-inch display approximately. Huawei is finally getting rid of the touch controls for the volume rocker, instead, it will have a proper volume rocker and power button on the right spine. The bottom portion will have the USB Type-C port and speaker grills. As for the Huawei Mate 40 Pro, the renders were revealed by Pricebaba, once again in association with OnLeaks. The flagship has a waterfall display with curved edges, dual-punch hole cutout in the top left corner and ultra-slim bezels. It is said to sport a 6.7-inch display and may have a higher refresh rate. The volume rocker and power button are on the right spine. The Mate 40 Pro too has a circular camera module at the back, that houses four camera sensors, including a telephoto lens. The USB Type-C port and speaker grill are located at the bottom. It is said to measure 162.8 x 75.5 x 9mm, and thickness near the camera bump is up to 10.4mm. The Mate 40 Pro has circular and oval-shaped cutouts on the top edge, which are said to be sensors but the details aren’t clear at the moment.

While not much has been said about the specifications of Mate 40 and Mate 40 Pro, they are said to be powered by the Kirin 1020 SoC and have 5G connectivity. These could run Android 10 OS minus Google Play Services.