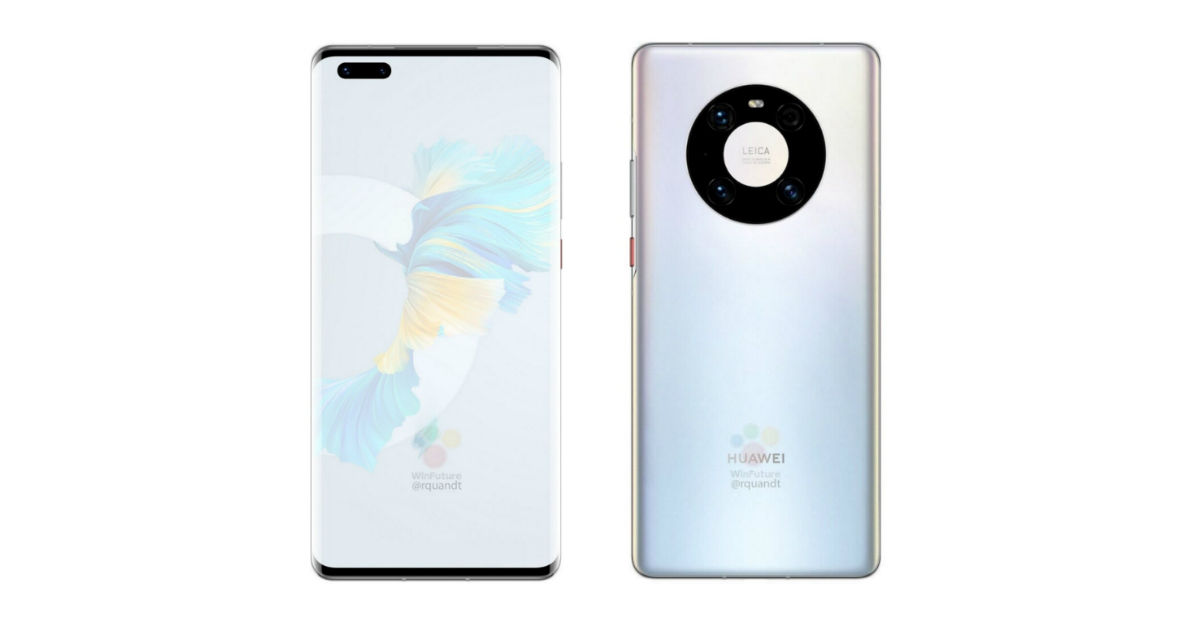 Huawei Mate 40 series, which is expected to feature vanilla Mote 40 and Mate 40 Pro, is set to debut on October 22nd. We’ve already come across various leaks surrounding the flagships, revealing bits and pieces of information about the upcoming models. The recently leaked renders showed off the phones in full glory. Now, ahead of the announcement, more renders of the Huawei Mate 40 Pro have leaked online, alongside key specifications, including display, camera, chipset and more details have surfaced online, courtesy of WinFuture. According to the report, the Huawei Mate 40 Pro features a 6.76-inch OLED curved display with 2,772 x 1,344 pixels resolution and pill-shaped punch-hole design to accommodate two selfie cameras. There is a circular camera module at the back that will have quad-cameras and an LED flash. There is Leica branding at the centre of the module. The volume rocker and power button are on the right spine.

The leak further claims the Mate 40 Pro will be powered by the Kirin 9000 octa-core SoC with 3x ARM-Cortex-A77 cores clocked at 2.54GHz, 1x ARM Cortex-A77 core at 3.13GHz, and 4x ARM Cortex-A55 efficiency cores running at 2.04GHz. The chipset is built on TSMC’s 5nm process and is backed by Mali G78 GPU for graphics and integrated 5G modem. The Huawei Mate 40 Pro will be available in 8GB RAM and 256GB UFS 3.1 storage option with no microSD card expansion. Moving to optics, the Mate 40 Pro has a 50MP primary sensor with OIS, a 20MP ultra-wide-angle lens and a 12MP telephoto shooter. There will be a 13MP primary and a 3D sensor on the front.

As per the report, a 4,400mAh battery with 65W SuperCharge fast charging technology fuels the phone. Connectivity options include Bluetooth 5.0, Wi-Fi 6, and wireless charging support. It is likely to boot Android 10-based EMUI 11 custom skin on top with HMS. While we don’t really know the pricing details, the launch is just a couple of days away, we should learn more information soon.