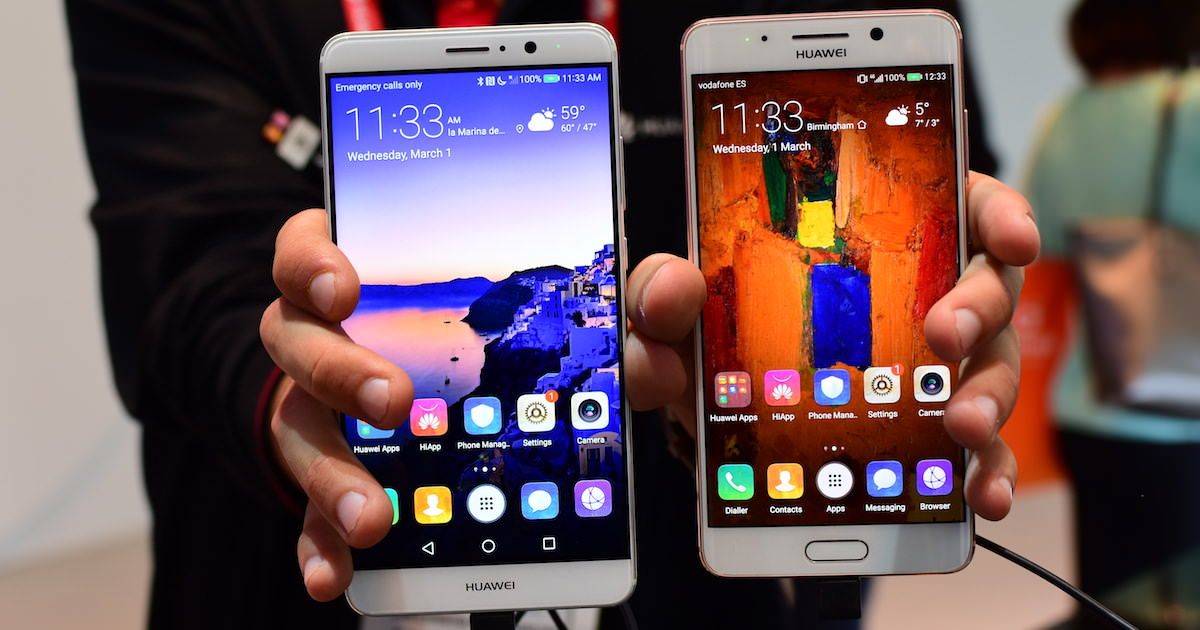 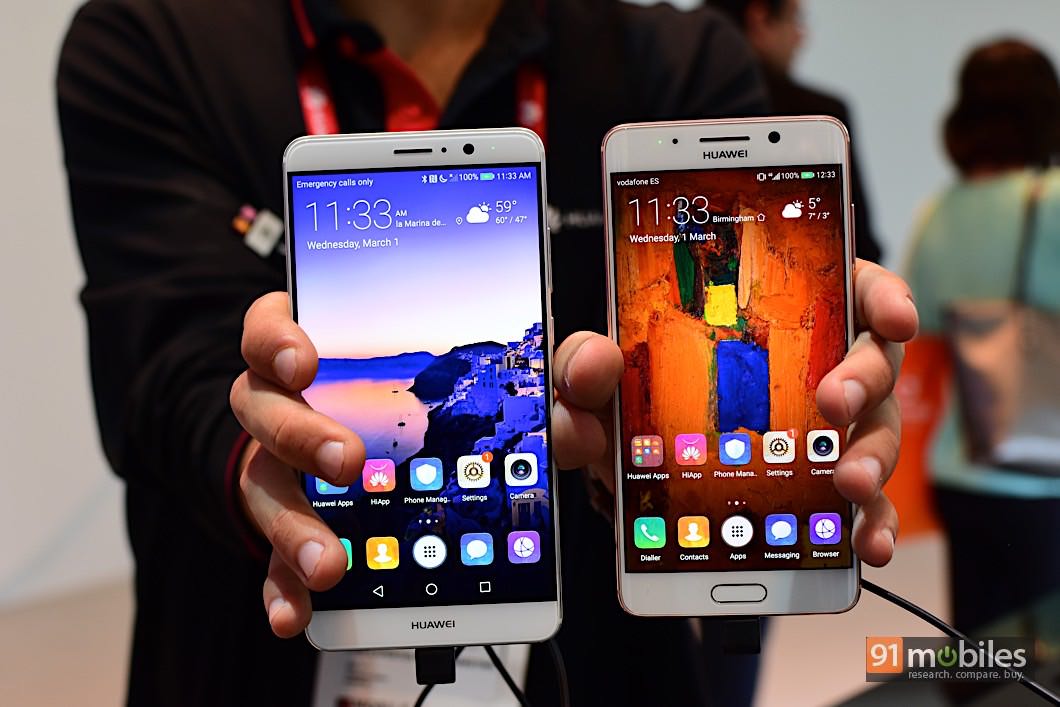 Huawei’s loaded flagship smartphones, the Mate 9 and Mate 9 Pro, went official last November. The brand hasn’t announced plans to bring the phones to India anytime soon, but at MWC, we had a chance to check out the devices at Huawei’s booth. The Mate 9 and Mate 9 Pro pull all the stops as far as flagships go, both on the design front as well as the internals. Treat your eyes to some photos and our first impressions.

The Huawei Mate 9 is the bigger of the duo, with a massive 5.9-inch full HD display that is quite difficult to manage one-handed. Props to Huawei for making the bezels on either side almost non-existent, keeping those at the top and bottom fairly slim too.

The phone sports a metal frame and a back panel made of glass, where you’ll find the dual camera setup and a fingerprint sensor. Like the Huawei P10 (first impressions), the Mate 9 features second-gen Leica-branded cameras, comprising of a 20MP monochrome sensor and a 12MP RGB sensor. The front camera is an 8MP unit with autofocus and f/1.9, both impressive attributes for a selfie shooter. The internals of the phone comprise of an octa-core Kirin 960 SoC, 4GB RAM, 64GB of expandable storage, a 4,000mAh battery and Android 7.0 with EMUI 5.0.

The Mate 9 Pro with its 5.5-inch display, it feels decidedly more petite, and the dual curves on both the front and rear make for a striking finish. However, curved displays tend to be quite fragile, and you’d most definitely have to add reinforcements in the form of a sturdy case if it’s your daily driver.

The screen on the Mate 9 Pro boasts 2K resolution, and is incredibly sharp. The AMOLED panel sports deliciously saturated colours that might not appease purists, but will surely sway the average user. Unlike the Mate 9, the Pro edition features an all-metal design, with the fingerprint sensor moving to the front below the display. The Mate 9 Pro comes with 6GB of RAM and 128GB of storage, but it doesn’t feature an SD card slot for expansion. Apart from this, the rest of the specifications remain the same as the Mate 9.

With prices starting upwards of Rs 50,000 for both the Mate 9 and Mate 9 Pro, we don’t think Huawei will launch these devices in India. Instead, it’s likely to bring the P10 to the market, given that the P9 (review) was launched here last year.
ShareTweetShare