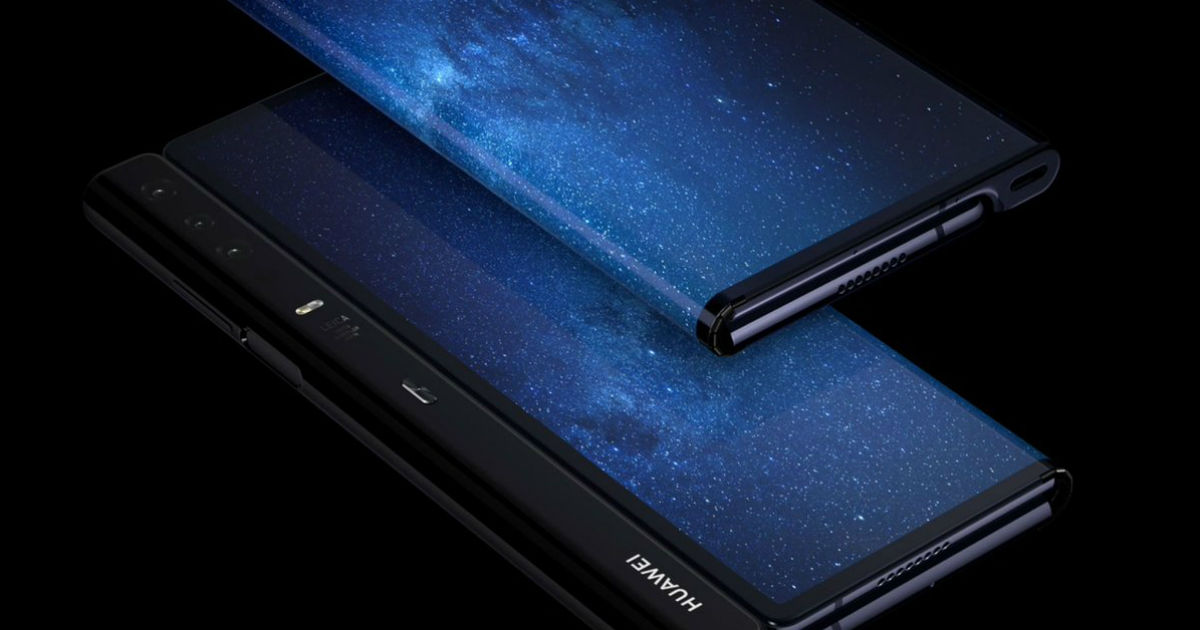 Huawei has unveiled its first foldable smartphone called Huawei Mate X at MWC 2019 in Barcelona, Spain. The announcement comes days after its arch-rival Samsung introduced its Galaxy Fold smartphone with a foldable screen. Unlike the Galaxy Fold, the Huawei Mate X folds outside, with the display on either side. The screen is fully bezel-less, with no notch or cut-out whatsoever. The device also boasts of triple cameras powered by Leica, 5G connectivity thanks to Balong 5000 modem, and a beefy battery with Huawei’s SuperFast support.

The Huawei Mate X price is set at €2,299, which roughly translates to Rs 1,84,000 in Indian currency – making it the most expensive smartphone yet by a mainstream brand. In comparison, Samsung Galaxy Fold comes with a $1,980 (~Rs 1,47,000) sticker price. The Huawei foldable phone will be available in stores in the European market from mid-2019. It’ll come with a special protective case that’ll suite its “Falcon Wing Design.” The phone will be available with 8GB of RAM and 512GB storage configuration and ‘Interstellar Blue’ colour. 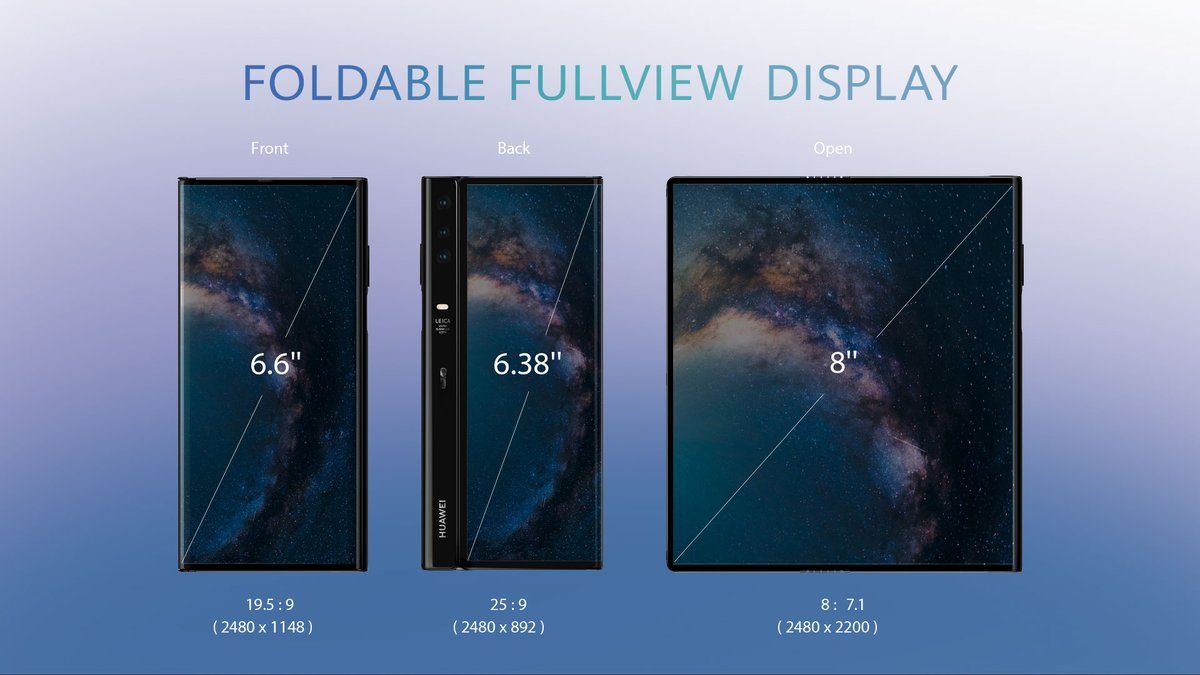 To start with, the Huawei Mate X sports a truly bezel-less 8-inch display with 2,840 x 2,200 resolution when unfolded. When folded, you get a 6.6-inch display with 2,480 x 1,148-pixel resolution and 19:9 aspect ratio on the front and a 6.38-inch (2,490 x 892 pixels) screen on the rear. The Mate X has a strip running along the edge on one side, which houses the camera module and also creates a groove for the rear display to fold into. For photography, the device features triple cameras that also do duty for selfies.

On the software front, the Huawei Mate X boots a customised OS skin that seems to be compatible with the foldable screen and offers features such as multi-tasking — a user can open as many as two apps side-by-side. The smartphone is powered by the proprietor’s flagship 7nm HiSilicon Kirin 980 SoC that is mated with Balong 5000 5G modem. The latter, as the name suggests, brings next-gen cellular network 5G to the table. The network is claimed to offer super-fast downlinks speeds to let you download 1GB files in just under 3 seconds.

The entire setup is powered by dual batteries with combined capacity of 4,500mAh; the cells are backed by Huawei’s 55W SuperCharge tech, which is said to add 80 percent of the juice in just 35 minutes. Lastly, for security, the phone has a side-mounted fingerprint sensor.

MapMyIndia’s Move app added to AppGallery, will come pre-installed on Huawei and Honor phones in India