91mobiles.com
Home News Huawei MateBook 13 and MateBook 14 specs leak out in full, may... 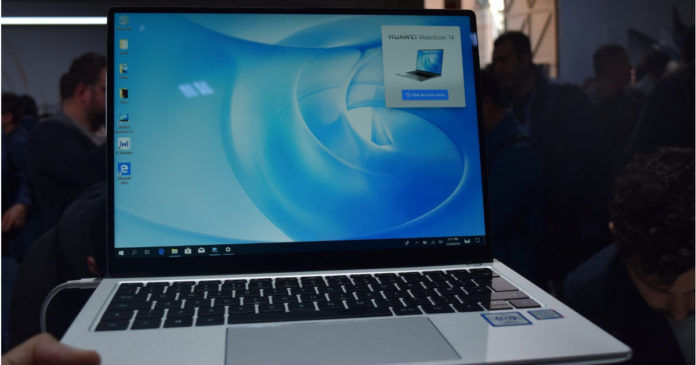 “Huawei MateBook 13 and MateBook 14 are expected to come with a 2K IPS display, Intel Core processor and a fingerprint sensor”

Huawei MateBook 13 and MateBook 14 2020 edition laptops could be launching soon as the complete specifications for both models have surfaced online. The two laptops will be succeeding last year’s models. Both the Huawei MateBook laptops are tipped to sport a 2K IPS display with 3:2 aspect ratio, up to 90 percent screen-to-body ratio and will be powered by Intel processors. These laptops will have fast-charging support as well as fingerprint security. Unfortunately, the leak doesn’t reveal the pricing and design of the MateBook 13 and MateBook 14.

The MateBook 13 is expected to arrive in two variants: one with Core i5-10210U model and another with Core i7-1o510U processor. Both the models are said to have NVIDIA’s MX250 GPU, 8GB/ 16GB RAM variants and 512GB PCIe SSD storage. The MateBook 13 is tipped to have a fingerprint sensor embedded into the power button, Shark-fin dual cooling fans and 65W Superfast charging. It is said to have dual USB Type-C ports, a 3.5mm audio jack, 41.7Wh battery and weigh 1.32 kgs.

The Huawei MateBook 14 will be available in same CPU options as the 13-inch model and will be equipped with 8GB RAM and 16GB storage with 512GB PCIe SSD storage. This too has a fingerprint scanner for security and a cooling fan. Connectivity ports include a single USB 3.0 port, a USB 2.0 port, one HDMI port, one USB Type-C port, and a 3.5mm audio jack. The Huawei MateBook 14 will have a 56Wh battery with 65W Super Fast charge via the USB-C. The machine is 15.9 millimetres thick and weighs 1.53 kgs. Since the specifications leaked online, the launch could be right the corner, probably at the upcoming MWC 2020 show.