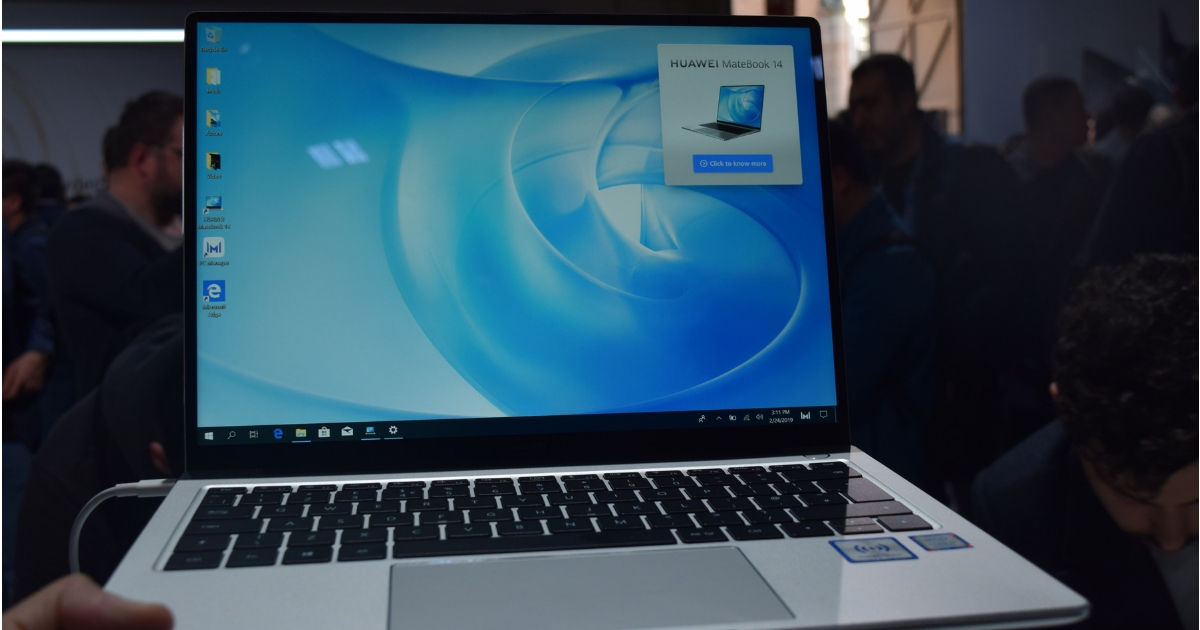 At its pre-MWC event in Barcelona, Huawei went on a launch spree. While the brand didn’t announce a new smartphone (except for showcasing the uber cool Huawei Mate X, a foldable phone which will commercially launch in mid-2019), it did took the wrappers off three new laptops – the new MateBook X Pro (first impressions), MateBook 13 and the MateBook 14. Worth noting that Huawei had announced the MateBook 13 back in November in China, and now its touchscreen model has been announced. I managed to get up close with the new MateBook duo to bring you my hands-on impressions. 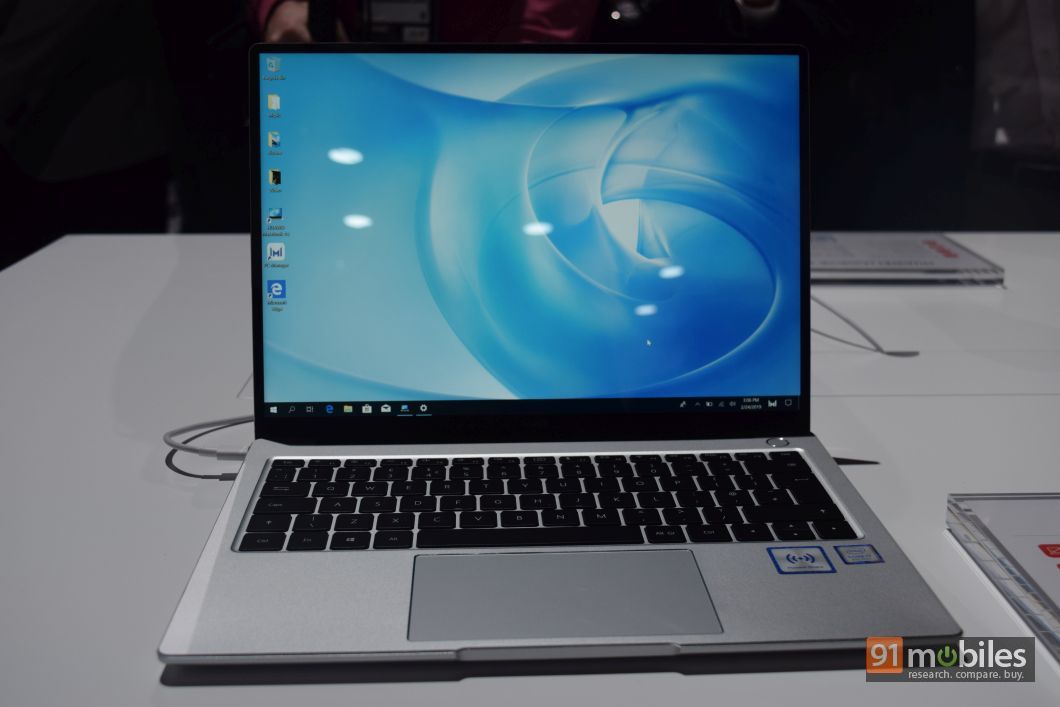 Both the MateBook 13 and 14 are compact laptops with high screen-to-body ratios. As their names indicate, the devices ship with 13- and 14-inch displays respectively that bear a resolution of 2,160 x 1,440 pixels. With a wide-screen 3:2 aspect ratio, the notebooks are targeted towards content creators as well as those who consume a lot of multimedia. The screens on both devices are sharp and offer vivid colours too. Furthermore, the displays are touch-enabled and support multi-touch gestures as well. 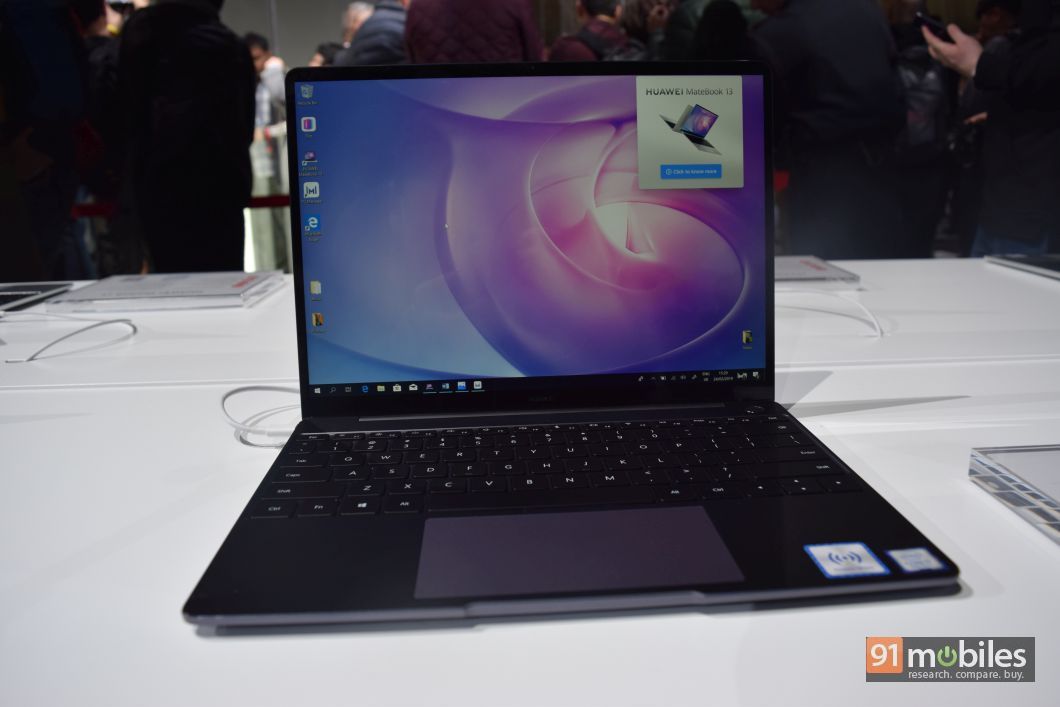 The Huawei MateBook 13 and 14 feature metallic construction and the lids are sandblasted, offering a solid grip. While the smaller laptop measures 14.9mm around its waist, the MateBook 14 is 15.9m thick. The devices are quite lightweight too – the 13-inch model tips the scales at 1.3g, whereas the bigger sibling weighs 1.53kg.

Similar to the MateBook X Pro, the MateBook 14 ships with a recessed webcam, which is only activated when you press the key on the keyboard. In case of the MateBook 13 however, the web camera is placed at the conventional position. While the keys are laid out well with enough space between them, I didn’t find the tactile feedback as good. That said, once you get accustomed to the layout, you should be able to type quickly and accurately. The trackpad is quite responsive too. 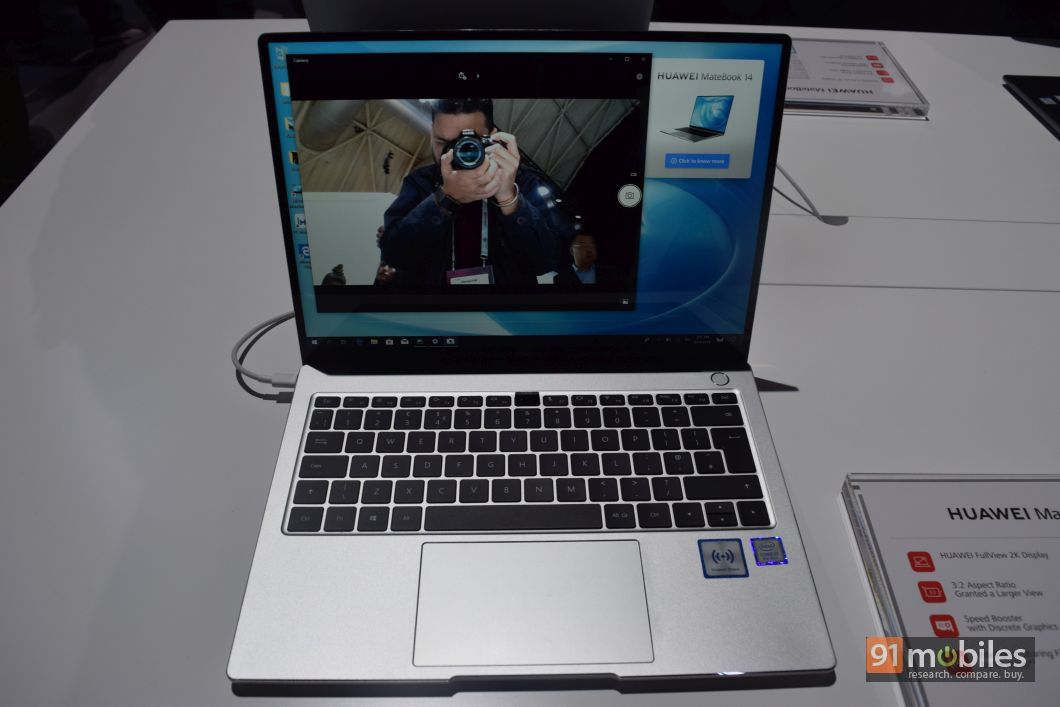 Under the hood, the machines ship with Intel’s 8th-gen Whiskey Lake i5 or i7 chipsets. The processor is paired with NVIDIA’s GeForce MX150 or MX250 graphics card on the MateBook 13 and 14 respectively (the default model comes with Intel’s UHD Graphics 620). To ensure smooth multitasking, both the MateBook 13 and 14 pack up to 8GB RAM. For maintaining the thermal efficiency, the rigs feature Shark Fins design with larger cooling fans. Taking care of storage requirements is either 256GB or 512GB SSD. 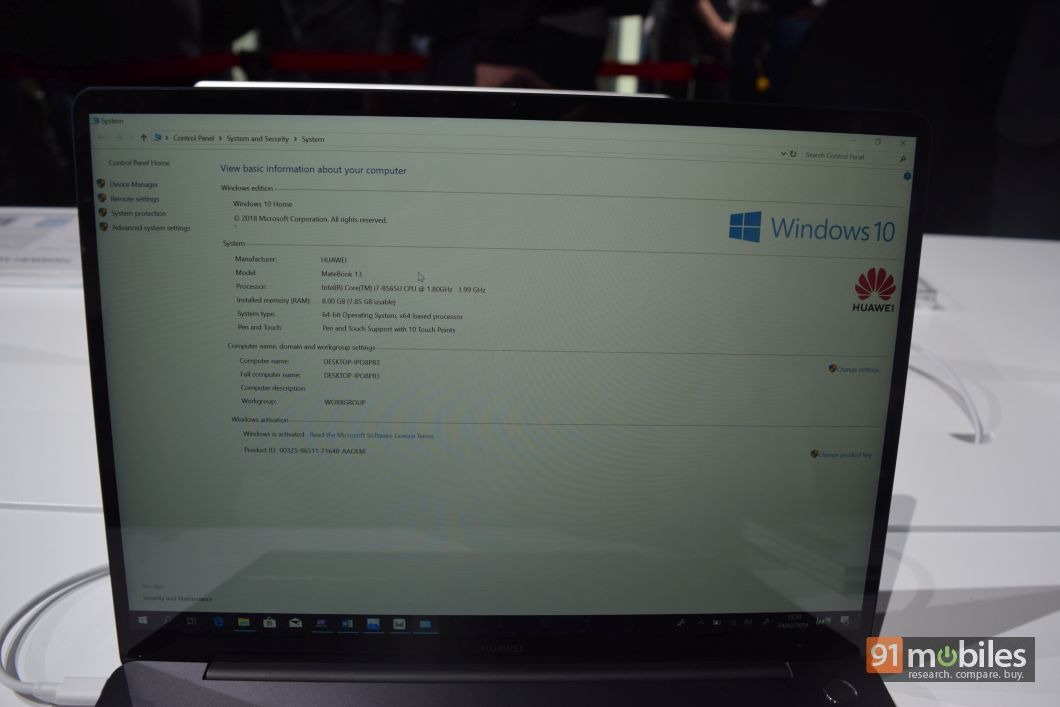 In terms of ports, you just two Type-C ports on either side and a 3.5mm audio socket on the MateBook 13. The MateBook 14 on the other hand, offers two Type-A ports on the right spine, a Type-C port that doubles up as charging socket, a 3.5mm interface and a full-sized HDMI port. The power switch also doubles up as a fingerprint sensor, letting you unlock the machine instantly. The machines offer impressive sound thanks to the support for Dolby Atmos.

Huawei’s MateBook 13 and 14 sport 42Whr and 57.4Whr batteries respectively, with both promising long battery life. The 65W adapter can supposedly juice up these devices enough to offer three hours of runtime within just 15 minutes of charging. Both devices ship with Windows 10 Home, and come with the Huawei Share feature.

As far as the outlay is concerned, the pricing of the MateBook 13 starts at €999 (~Rs 80,500), whereas Huawei’s MateBook 14 will set you back by €1,199 (~Rs 96,500) for the base variant. Both of them seem impressive for those who are looking for an ultrabook that doesn’t compromise on performance. Sadly however, there’s no confirmation if and when the duo will be coming to the Indian market, considering that the brand is yet to make a debut in the laptop segment in the subcontinent.