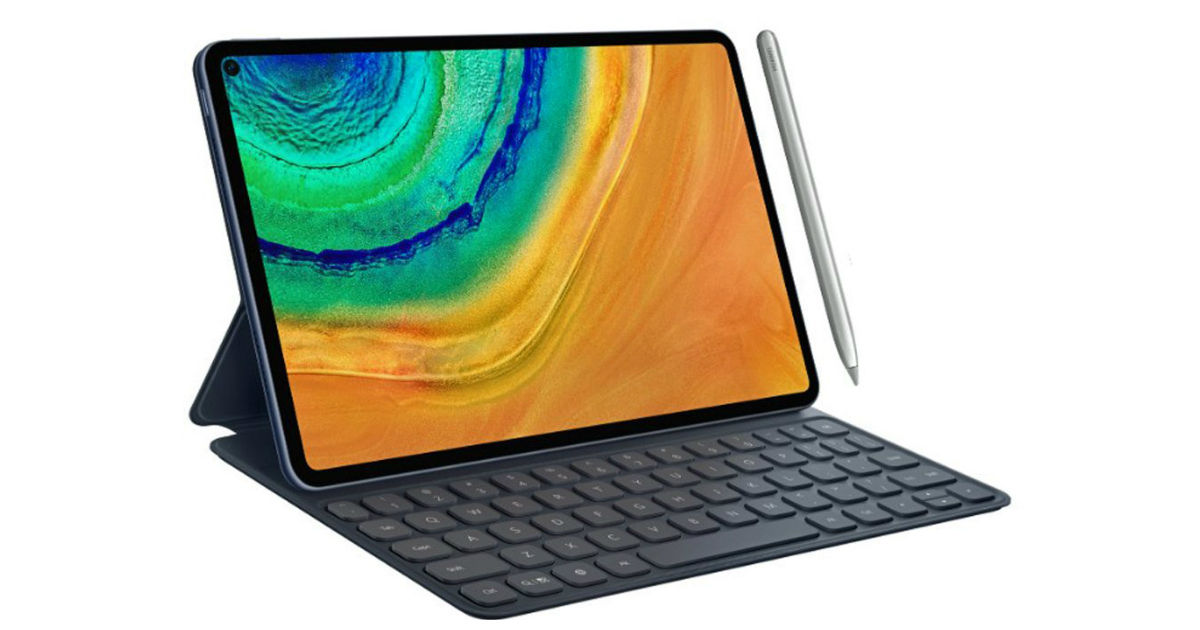 Huawei MatePad Pro tablet has been certified by China’s 3C regulation, and while it doesn’t reveal any hardware specifications, it does suggest the upcoming tablet would come with 40W fast-charging support, similar to the Mate 30. The Huawei MatePad Pro leaked renders recently renders showed-off an Apple iPad Pro like design with a magnetic keyboard case and a redesigned stylus. In terms of design, the tablet seems to have a punch-hole cut out on the top-left corner to accommodate the selfie camera and it also seemingly packs ultra-slim bezels on all edges of the tablet. On the flip side, it gets a dual rear camera setup, but the details of the optics are scarce, and the tablet is expected to get an in-display fingerprint sensor for security.

Huawei MatePad Pro has also bagged TENAA certification, but unfortunately, the listing isn’t updated with specifications or images just yet. However, it does suggest that the tablet would arrive in two variants; the Wi-Fi only with model numbers MRX-W09 and MRX-W19 and 4G LTE options have MRX-AL09 and MRX-AL19 model numbers. The tablet seems to be missing out on 5G connectivity, but considering the leaks so far, the tablet looks to be a premium offering from the Chinese manufacturer.

Earlier rumours claim the Huawei MatePad Pro will be powered by the flagship Kirin 990 SoC, pack up to 8GB RAM and 128GB storage. It is said to feature a full-HD+ display with 2560 x 1440 pixels resolution. Since the brand hasn’t teased or revealed anything about the tablet yet, there’s no way to confirm the legitimacy of the leaks just yet. We hope the TENAA listing gets updated with images and specifications soon.