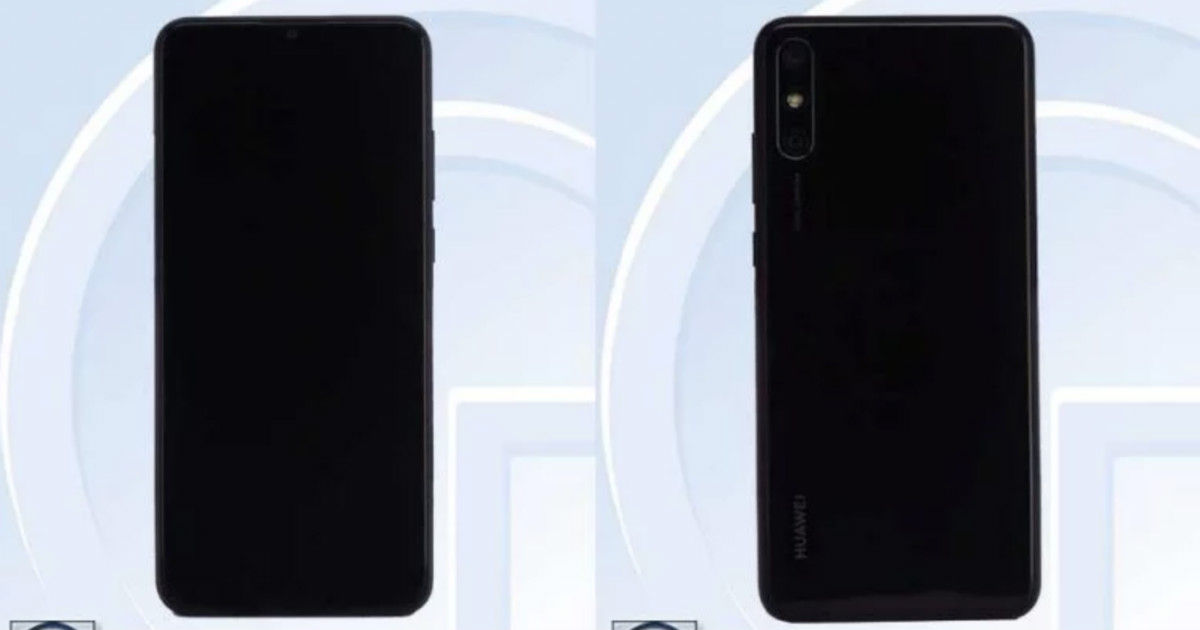 “The Huawei MED-AL00 is believed to be a mid-range smartphone, and is expected to launch in China some time next month”

Huawei seems to be working on a new smartphone with model number MED-AL00. While it is not quite clear which series this mysterious smartphone will fall under, we do know it will be a mid-range phone as some key specifications have been spotted on Geekbench. The Huawei MED-AL00 Geekbench listing reveals the phone will be powered by a MediaTek Helio P35 SoC paired with 4GB of RAM. The smartphone is said to launch some time next month in China.

Going by the latest Geekbench entry, the Huawei MED-AL00 specifications will include a MediaTek MT6765V chipset, which is the MediaTek Helio P35 SoC. This is coupled with 4GB of RAM and Android 10 out of the box, rounding up a rather modest set of specifications. Its previous sighting on TENAA suggested that the device will have a 6.3-inch display, come with a waterdrop notch to house the front camera, and a 5,000mAh battery with 10W charging support. 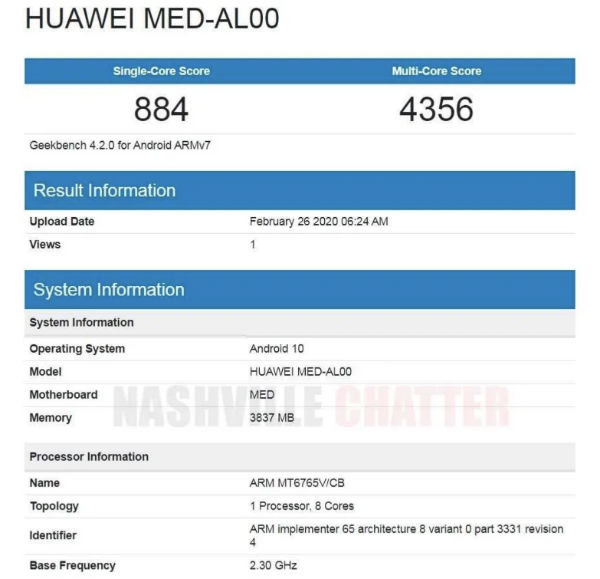 While the Geekbench entry spotted here does not reveal any design details, the previous TENAA listing appears to show a vertical dual-rear camera stack on the phone, which looks fairly standard and further substantiates rumours that the smartphone will be a budget to mid-range one. Surprisingly, however, no rear-mounted fingerprint scanner can be seen on the phone, which suggests the alternate possibility that it may feature an under-display one. To the right edge of the phone are the power and volume buttons, which is standard as well.

While such mid-range smartphones have the potential to do well in price sensitive markets such as India, Huawei still remains barred from using Google Play Services on its devices. As a result, the Huawei MED-AL00 may launch with Huawei Mobiles Services and Huawei AppGallery. Separately, Google is reportedly seeking permission from the US government to resume business with Huawei, so it will be interesting to see how that plays out.