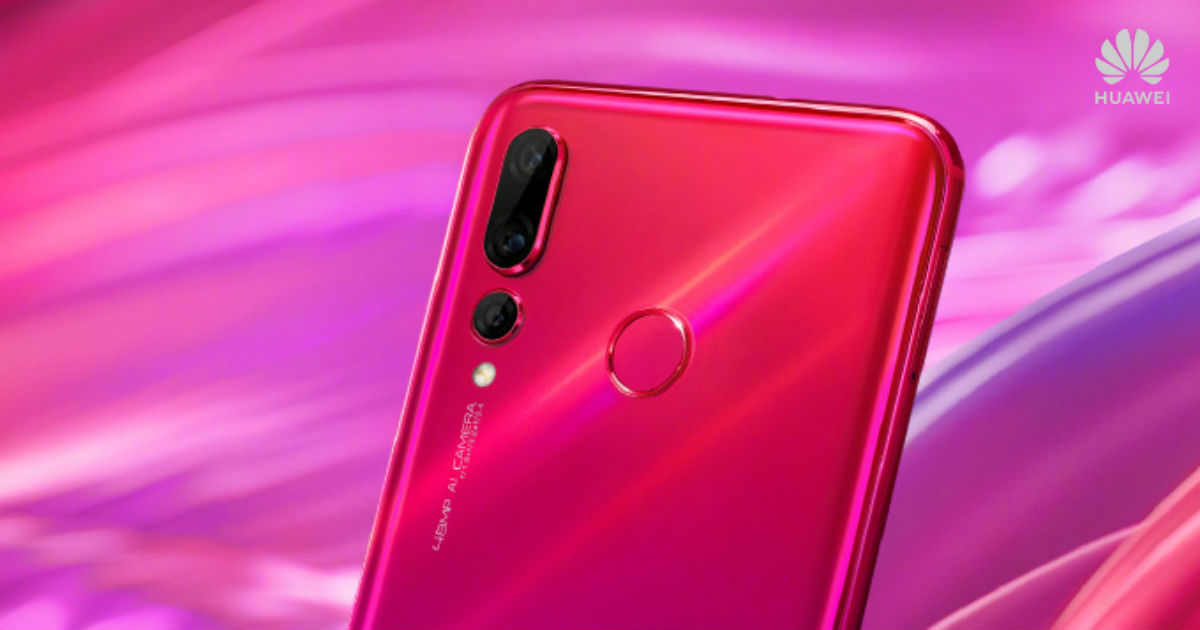 Huawei had already confirmed the December 17th launch of its smartphone, the Huawei Nova 4, about a week ago. Now, in similar fashion, a new teaser image shared on the company’s official Weibo channel has confirmed rumours pertaining to the 48MP main sensor of a triple-rear camera setup on the Nova 4 smartphone. The image also shows a pretty attractive Honey Red colour variant of the smartphone, which continues with the new gradient finish craze among companies.

The Huawei Nova 4 is expected to come in two variants — a standard variant using 20-megapixel, 16-megapixel, and 2-megapixel cameras at the rear as part of its three-camera imaging setup, and a ‘Pro’ variant that will make use of a 48-megapixel image sensor, along with Huawei’s AI assistant in the camera app to aid scene identification and other factors. In the poster, the words ’48MP AI Camera’ are etched right below the camera vertical camera unit, affirming the presence of it in the upcoming smartphone. 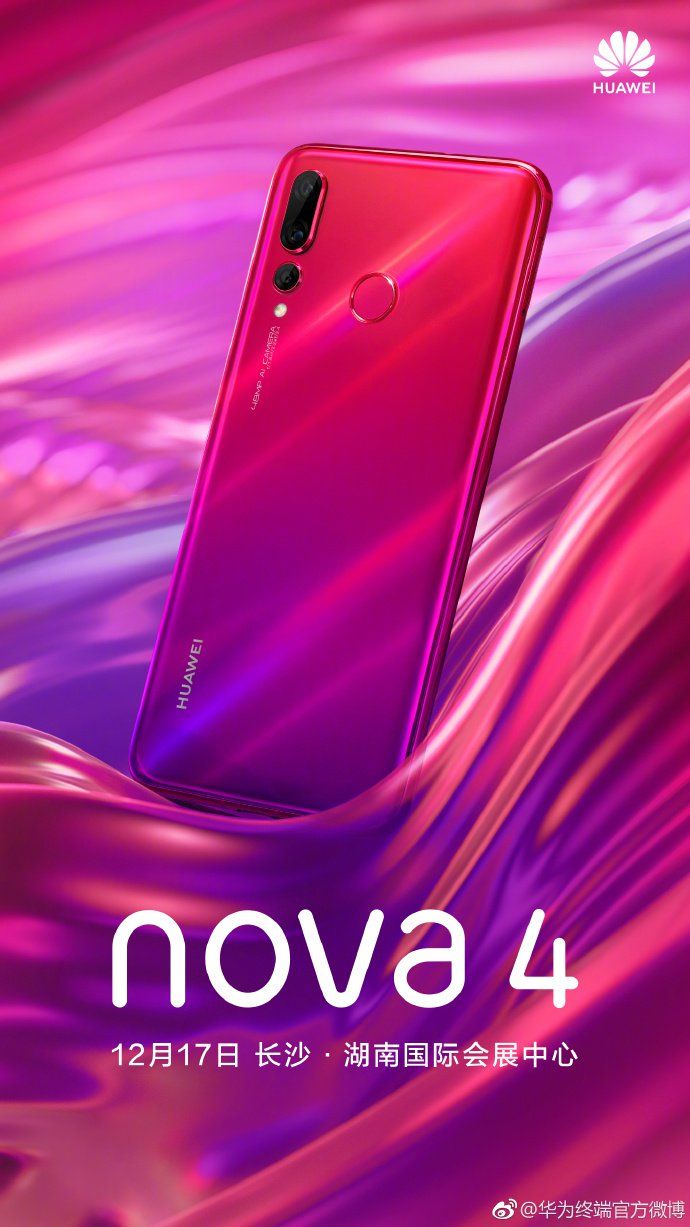 Along with this, the Huawei Nova 4 is expected to be a pretty premium device on an overall sense. The rear gets a full glass panel, with a physical fingerprint sensor at the centre instead of an in-display fingerprint sensor. Up front, the Nova 4 is also expected to feature the hole-in-display design for the front camera. The highlight of the handset, of course, will be the camera module housed within the display itself instead of a notch. The display itself is expected to be a full-HD+ panel, featuring screen resolution of 1,080 x 2,310 pixels and an unconventional aspect ratio of 19.25:9.

The phone is slated to be powered by the company’s own Kirin 980 SoC, which also happens to be the world’s first SoC manufactured on the 7nm process. Other specifications have been tipped to be 8GB of memory, 128GB storage and Android Pie out of the box. The Huawei Nova 4 launches in China on December 17th and prices and availability details will be revealed at the event.