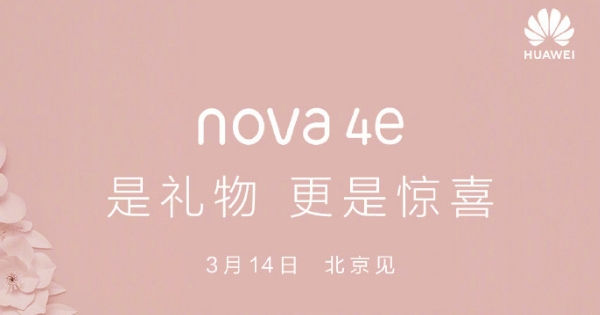 It’s no news anymore that Huawei is all set to launch its P30 and P30 Pro flagships at an event in Paris on March 26th. Both these smartphones have been regular visitors of the rumour mill for quite some time now. However, nothing much was said about the most affordable device in the lineup — the Huawei P30 Lite. Now, the company has announced the launch of the Huawei Nova 4e in China, which is expected to be P30 Lite for the brand’s home market. 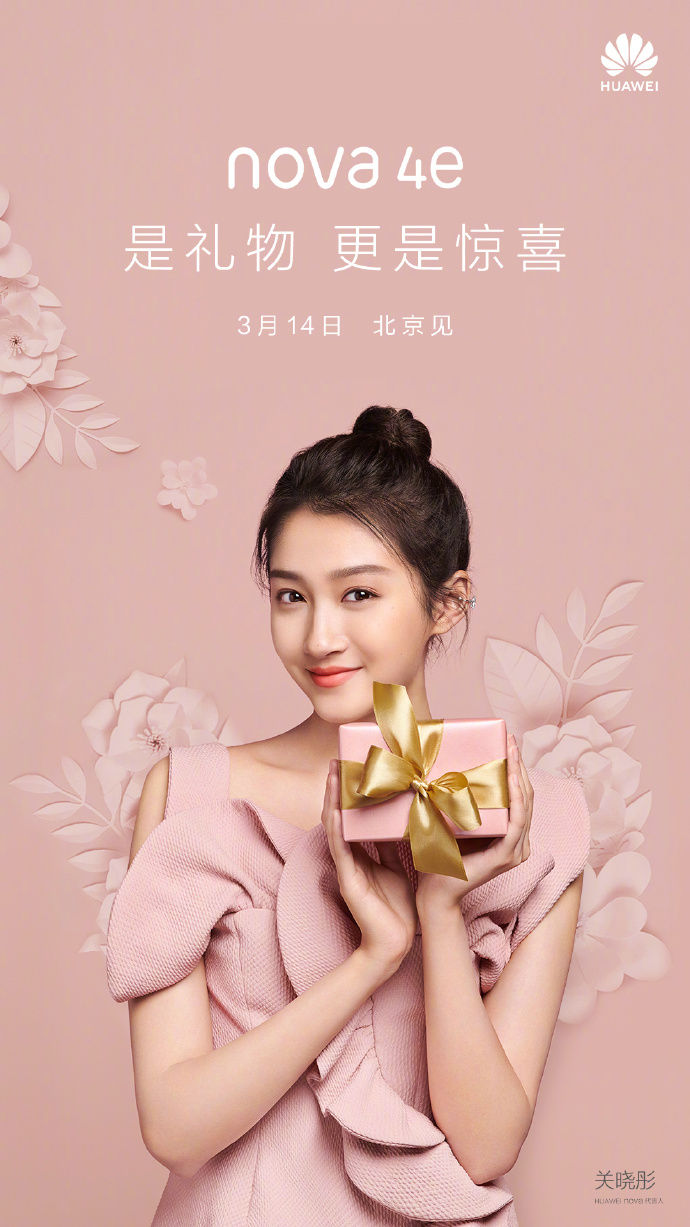 The company has taken to its official handle on Weibo to share the announcement of the launch event. The image shows a model holding a package in her hands and the poster mentions March 14th as the date. Notably, the company had also shared a teaser video of the Nova 4e recently, showcasing the waterdrop notch on the smartphone as well as the 32-megapixel shooter nesting within it. Further, the smartphone was recently spotted on the TENAA in its global avatar revealing a couple of key specs.

According to the TENAA listing, the Huawei Nova 4e will feature a 6.15-inch display with full HD+ screen resolution. As for the performance, the smartphone will get HiSilicon Kirin 710 SoC at its core. However, the RAM and storage configurations are not known at the moment. On its rear panel, the smartphone is rumoured to come with a triple-camera setup, which is likely to comprise 20MP, 16MP, and 2MP shooters. For security, the handset will have a fingerprint scanner on the rear panel. Lastly, the rumours suggest that the P30 Lite will be powered by 3,240mAh battery.

We don’t have to wait for long for exact details of the Huawei Nova 4e as the launch is just a week away, so stay tuned.