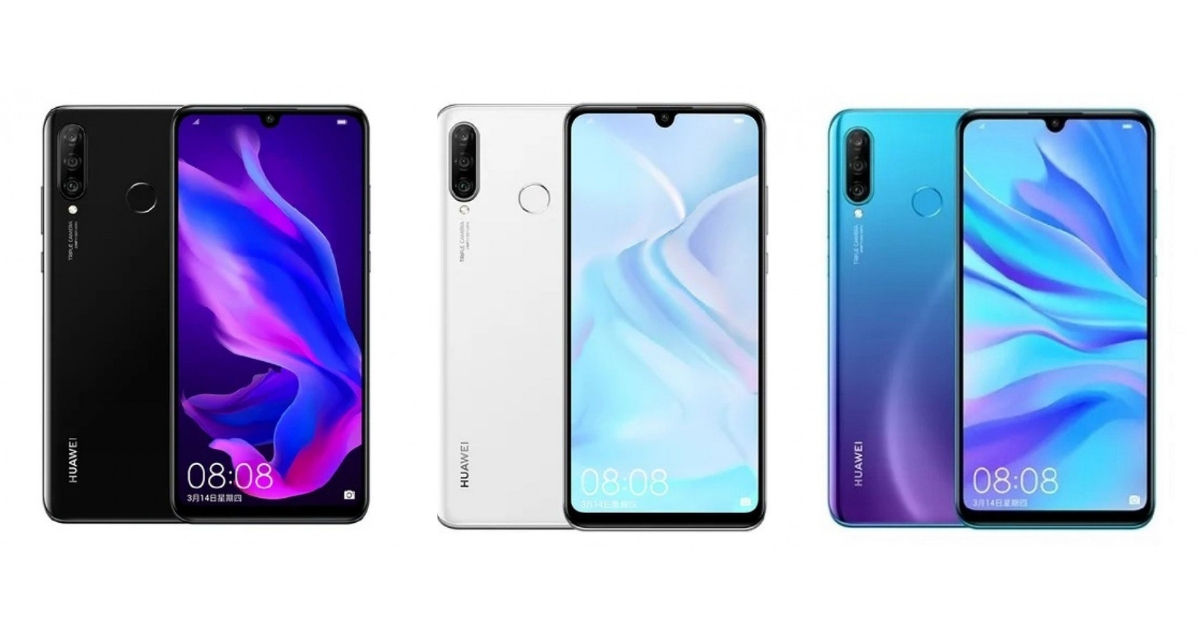 Huawei is expected to expand its range of Nova series smartphones by launching the Nova 5 in the near future. Ahead of an official unveiling, a handful of live images of the alleged Nova 5 handset have surfaced on the Chinese social networking website Weibo. The photos have revealed the key details regarding the design of the device. In addition, another tipster last week on the same platform tipped the key features of the smartphone.

Talking about the design first, the Nova 5’s purported case has a long vertical cutout at the top-left corner. This suggests that the handset could feature three cameras at the rear. A hole for the fingerprint sensor isn’t present on the back, which indicates that it could be placed under the display of the phone. At the bottom of the case, there are three cutouts which belong to a speaker, a 3.5mm headphone socket, and a charging port. On the top, there’s a small hole for the microphone, while the right edge has cutouts for the volume rocker and power button.

According to the previous tip, the Huawei Nova 5 will borrow some features from the Huawei P30 series handsets. The phone is said to offer 40W SuperCharge fast-charging technology like the P30 Pro and the triple camera setup of the P30. If that turns out to be true, then we can expect the Nova 5 to offer a 40MP main camera, a 16MP secondary shooter, and an 8MP third sensor at the rear. Unfortunately, the tipster hasn’t revealed any other details regarding the handset.

Earlier reports have suggested that the Nova 5 could arrive with a 6.39-inch full-HD+ AMOLED display. The phone is said to be powered by an octa-core HiSilicon Kirin 980 processor. For selfies, the handset is rumoured to offer a 25MP shooter on the front. A 3,500mAh battery is said to power the handset. Huawei hasn’t revealed the launch date for the Nova 5 at the moment. However, some reports suggest that the phone could be unveiled at some point in July.