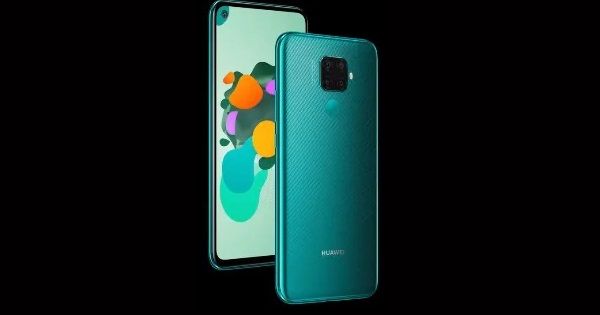 Huawei Nova 5i Pro launch has been officially scheduled for July 26th in the brand’s home market, China. The company has released a new promotional video for the Huawei Nova 5i Pro on its official handle on the Chinese social networking website Weibo. The promo video highlights the features and design of the upcoming Huawei smartphone, apart from revealing its launch date. The phone will arrive as the handset will be part of the Nova 5 series, which was unveiled in China last month. The Huawei Nova 5i Pro handset is expected to be a slightly upgraded variant of the Nova 5i.

The promotional video of the Huawei Nova 5i Pro shows that the smartphone will come with a punch-hole for the 32-megapixel selfie camera. At the rear, the handset will have a quad-camera system with a 48-megapixel primary shooter, and a fingerprint sensor. The video confirms that the Nova 5i Pro will utilise the brand’s in-house Kirin 810 processor. Design-wise, we will highly narrow bezels on the front with a hole on the left-top corner, and a glass back with a pattern. A 3.5mm audio jack is also visible at the bottom of the handset, along side the USB port and speaker grille.

According to the earlier reports, the Huawei Nova 5i Pro will come with a 6.26-inch display with a resolution of 1,080 x 2,340 pixels. At the rear, the 48-megapixel primary sensor will be accompanied by an 8-megapixel secondary snapper, a 2-megapixel depth sensor, and another 2-megapixel camera that could be a ToF (Time of Flight) sensor. The smartphone is said to arrive in multiple variants – 6GB + 128GB, 8GB + 128GB, and 8GB + 256GB, which could support expandable storage. The handset is expected to be powered by a 4,000mAh battery that could support 20W fast charging.

Apart from the Huawei Nova 5i Pro, the company will also be launching the Huawei Mate 20 X 5G flagship and reveal its price at the event on July 26th.