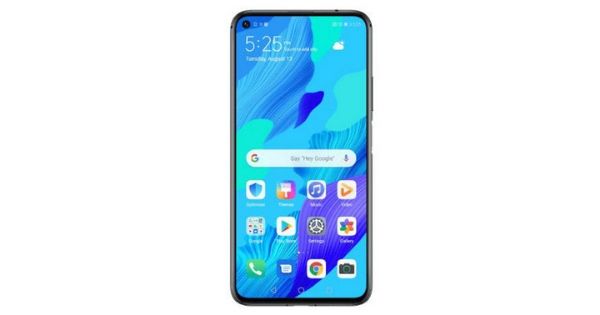 Last week, a new Huawei device called the Nova 5T, briefly appeared on the Android Enterprise Solutions Directory. Now, the Malaysian leg of Huawei has confirmed the existence of this new Nova 5 variant and also announced the launch date. According to Huawei Malaysia, the Nova 5T will launch on August 25th in the country. The phone will also be showcased during the #WeAreNova Fashion Showcase at the Kuala Lumpur Fashion Week. However, Huawei hasn’t officially made any announcement about the features and specifications of the device yet.

The Huawei Nova 5T would be the fifth device to be launched in Nova 5 series. Huawei has already unveiled the Nova 5, Nova 5 Pro, Nova 5i, and the Nova 5i Pro. Huawei Malaysia uploaded a post on to its Facebook page revealing the launch date of the Nova 5T. The post didn’t include any details about the phone itself, but thanks to the leak last week, we do know what the phone will look like. The listing on Google’s Android Enterprise Solutions Directory also revealed some specifications of the phone.

The Nova 5T is expected to be a mid-range smartphone, just like the other variants, and will come with a punch-hole display. At least that’s what the image revealed on the Android Enterprise Solutions Directory page. Other leaked specifications include, a 5.5-inch display, up to 8GB RAM, 256GB storage, fingerprint scanner, and NFC support. The phone is also expected to run Android 9.0 Pie out of the box. It will also be powered by a newer Huawei made Kirin chipset. These are all the details we know right now.

It is possible that some of these details could be wrong. The 5.5-inch display doesn’t seem right, as the leaked image showed a tall screen with a punch-hole camera cutout on the top left corner of the phone. There have been rumours that the Nova 5T could be a rebranded Honor 20. In that case, the phone will feature a 6.26-inch FHD+ punch-hole display and will be powered by the Kirin 980 processor. We should find out all the official specifications and the pricing on August 25th.