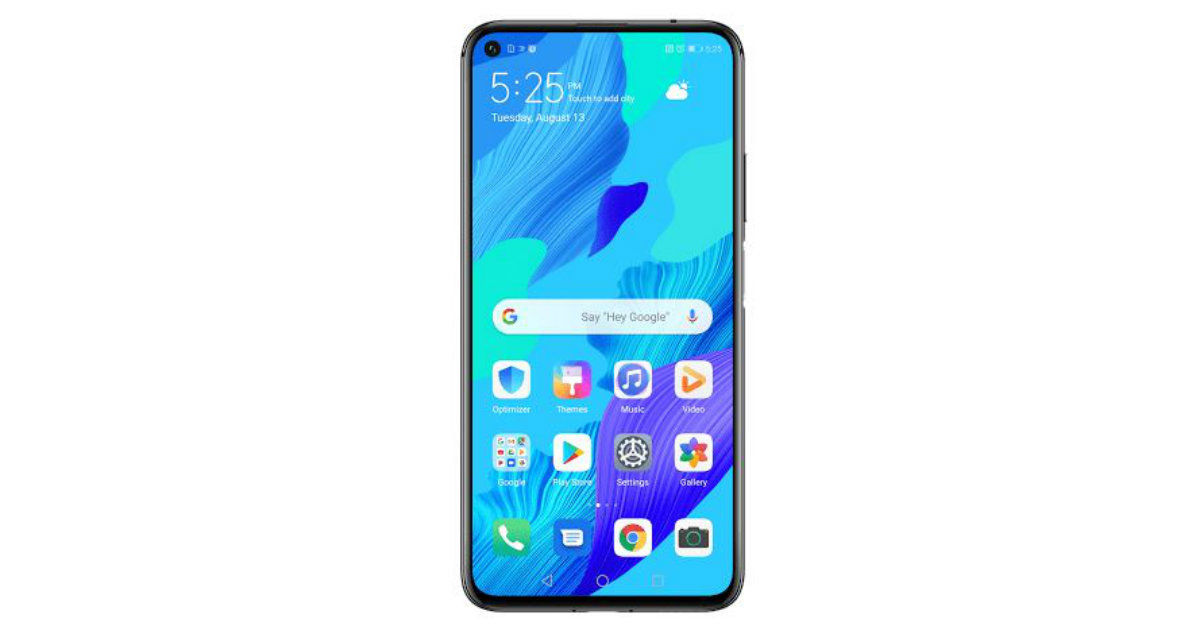 Huawei is continuing to introduce smartphones based on the Android operating system, despite tricky market conditions. The latest device from the Chinese firm’s stable appears to be the Huawei Nova 5T, which has been spotted in a directory entry on the Android Enterprise Solutions Directory. The Huawei Nova 5T is seen here as one of the devices entered in this directory, and while some specifications are listed, it’s not quite clear as to when might the Huawei Nova 5T be launched.

The Nova 5T will likely run on a new-generation Kirin SoC, which can be expected to be a mid-range chipset. The specifications of the purported phone, which are listed on the Android Enterprise Solutions site, include a 5.5-inch display, 8GB RAM, 128GB or 256GB native storage, Android 9.0, and support for zero-touch, NFC and fingerprint.

The product image listed on the site also shows a punch-hole front camera, along with slim bezels and a slightly thicker chin. We cannot say for sure if this might come with an in-display fingerprint scanner, since the rear of the phone might feature a physical fingerprint sensor. The screen itself should feature full HD+ resolution, which has become the standard these days. There aren’t any rumours about the rear camera setup, but given the current smartphone trends, a triple-camera unit may not be entirely out of the question.

It’s also not clear if Huawei might bring the Nova 5T to its international markets as well, under a different name. But given that the device has made a fairly detailed appearance now, expect to hear about its launch, sooner than later.