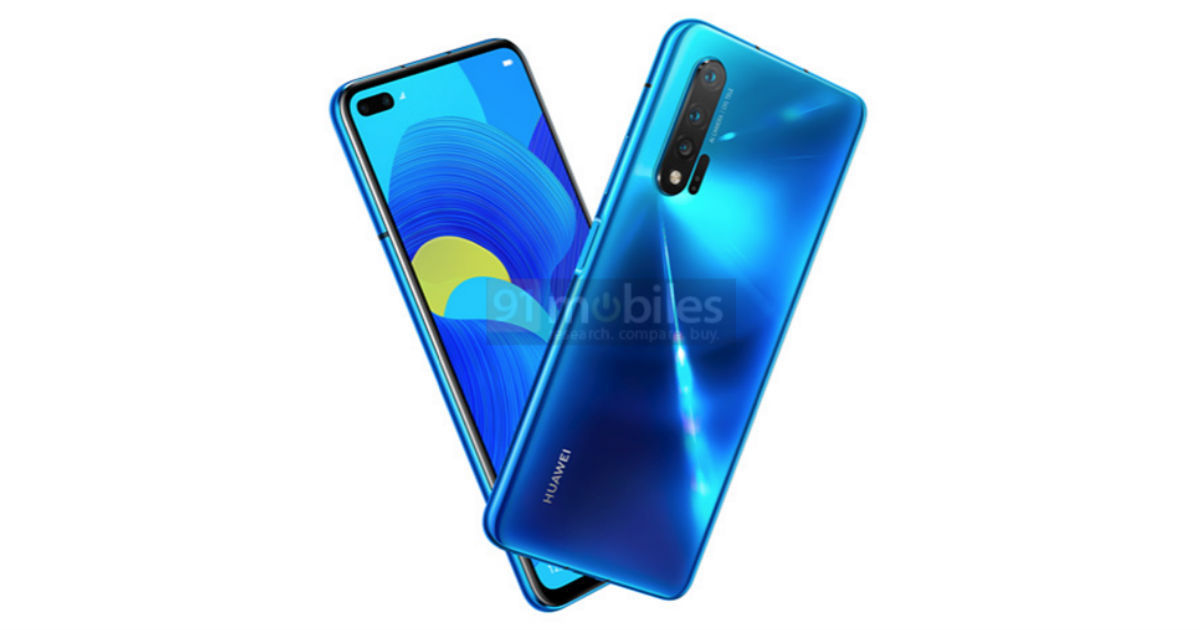 Huawei Nova 6 is confirmed to be in works, and 91mobiles exclusively revealed the render of the phone recently, showing off the pill-shaped notch on the front to accommodate the dual selfie snappers. Now, the Huawei Nova 6 with model number WLZ-AL10 bagged China’s 3C certification. While the handset will also have a 5G model with model number WLZ-AN00, the 4G-only variant has received the certification for now. Speculations are rife that the Nova 6 will be launching sometime in December this year. The 3C listing reveals that it will ship with an HW-100400C00 charger that offers up to 40W fast-charging speeds.

The TENAA listings of both Huawei WLZ-AL10 and AN00 haven’t revealed any hardware specifications. Apart from these two variants; other variants such as WLZ-L29, WLZ-LX2, and a few others have also been approved by the Bluetooth SIG body recently. Since it also has a 5G option, the smartphone could come with Kirin 990 5G SoC. Hopefully, the complete specifications of the Huawei Nova 6 will be updated on TENAA soon.

The recently revealed render shows off a glass sandwich design, with gradient finish. While the bezels are narrow, there’s a sizeable chin beneath the screen. There’s a vertically-arranged quad-camera module at the top-left corner with an LED flash and laser autofocus. However, the optic details are unknown at the moment. The power button and volume rocker are on the right spine. There’s an in-display fingerprint sensor for security, which means it’ll have an AMOLED display.