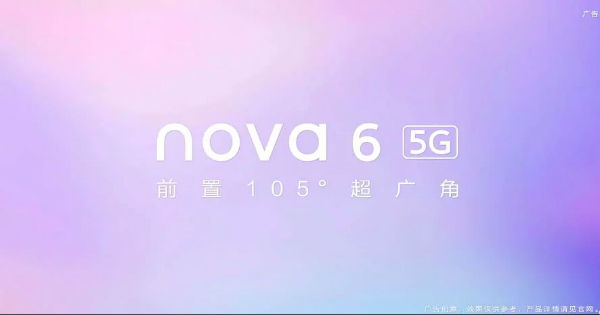 Huawei Nova 6 flagship smartphone will be launching in China on December 5th, the company has confirmed via a teaser. After the Mate 30 series, Nova 6 is the company’s upcoming 5G phone, as can be seen in the teaser poster. It also confirms the punch-hole design at the front that would house dual-selfie cameras, one of which would allow users to click 105-degree wide-angle selfies while the other will have Selfie Super Night Scene 2.0. It’s safe to assume the Kirin 990 5G SoC would power the handset since it’s the only Kirin 5G chipset for now.

Recently, a 3C certification revealed the Huawei Nova 6 would have support for 40W SuperCharge fast-charging. The recent specification leak suggested the handset would sport a 6.4-inch super AMOLED display with 60Hz refresh rate and a sizeable bezel beneath the screen. It’s likely to run Android 10 out of the box, with the company’s custom skin on top. In terms of optics, the Huawei Nova 6 is said to pack a 60MP primary sensor aided by a 16MP ultra-wide-angle lens, and a 2MP macro lens. 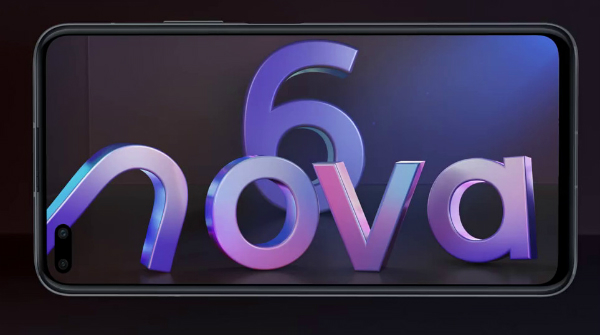 On the front, the Huawei Nova 6 is expected to sport a 32MP sensor and a 12MP secondary shooter for selfies and video calls. A 4,000mAh battery is expected to fuel the handset. It is said to pack up to 8GB RAM and 256GB internal storage that might not be expandable. The handset is tipped to arrive in red and blue colour options, with a gradient finish. We should know more details, including the Huawe Nova 6 price, as we inch closer to the launch date.