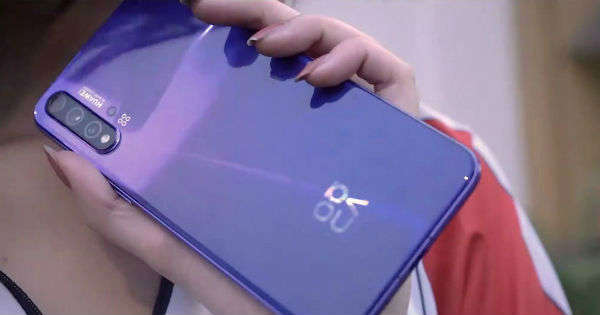 Huawei Nova 7 series is scheduled to launch in China on April 23rd as the successor to the Nova 6 line-up. Now, ahead of the launch, in the latest leak, Nova 7 Pro along with the vanilla Nova 7 have surfaced online through a hands-on video from a Huawei store in China. This confirms the former has a pill-shaped punch-hole design, while the latter packs a regular punch hole to accommodate the selfie cameras. Both the phones offer an impressive screen-to-body ratio and extremely narrow bezels. The Huawei Nova 7 and Nova 7 Pro feature quad cameras at the back arranged in a rectangular module.

The Huawei Nova 7 is powered by the in-house Kirin 985 SoC with 5G connectivity, 8GB RAM, and 128GB/256GB internal storage that should be further expandable. The handset sports a 6.53-inch OLED display with 60Hz refresh rate and full-HD+ panel. It boots Android 10 with EMUI 10.1 custom skin on top. As for the optics, the Nova 7 boasts of quad cameras consisting of a 64MP primary sensor, a couple of 8MP units, and a 2MP sensor. There is a 32MP snapper in the punch-hole. While it doesn’t come with OIS, there is 10x digital zoom. The fingerprint sensor could be placed within the screen as there is no cutout on the back.

The Huawei Nova 7 Pro is the high-end variant of both yet ships with the same Kirin 985 SoC coupled with 8GB RAM and up to 256GB internal storage. The handset has a 6.57-inch curved full HD+ OLED display and runs on Android 10 OS with EMUI 10.1 custom skin on top. As for the cameras, it has the same setup as the vanilla Nova 7, but the secondary 8MP sensor is a periscope lens with OIS and 50X digital zoom. The front houses a 32MP primary and an 8MP secondary lens. There is a 4,000mAh battery with 40W fast-charging support. Both the phones will be available in Black, Blue, Green, Red, and White colours. Lastly, there’s also Huawei Nova 7 SE in the pipeline and it is said to ship with Kirin 820 SoC. However, not much else is known about it at the moment. Since the launch is just a day away, we should know more details soon.