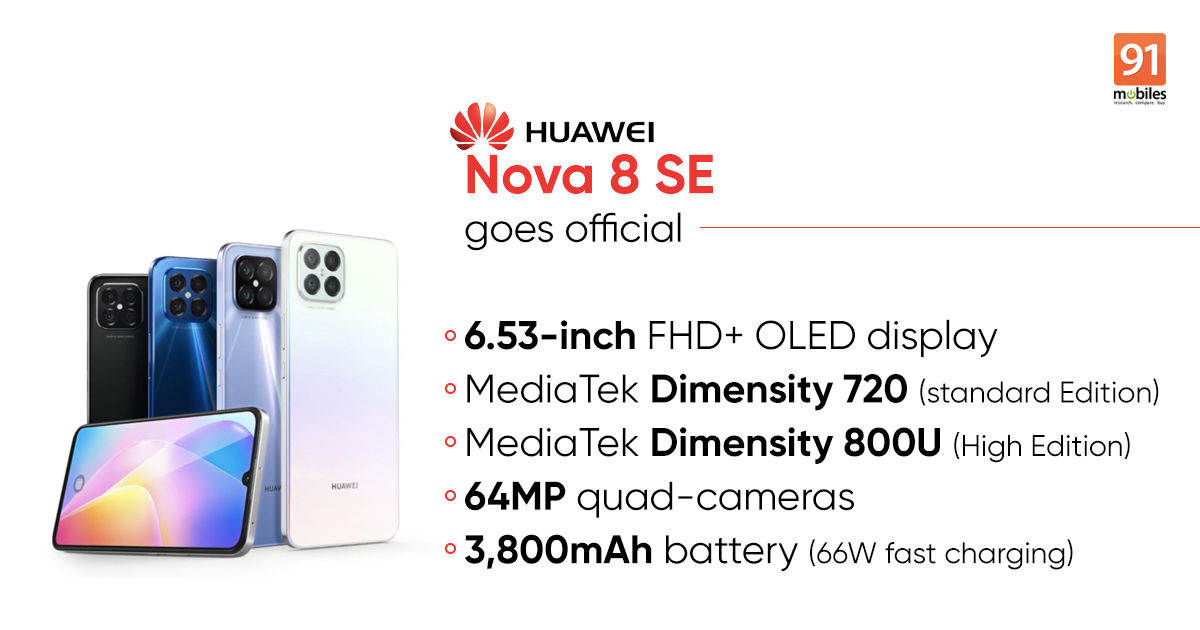 Huawei Nova 8 SE price and specifications have been officially announced in China. The phone ships with a waterdrop notch, iPhone 12-like square frame and camera module at the back, and an in-display fingerprint sensor. The Nova 8 SE standard model ships with the MediaTek Dimensity 720 chipset while the High Edition comes with the MediaTek Dimensity 800U SoC. Other key Huawei Nova 8 SE specifications include 66W fast-charging support, 64MP quad-cameras, and an OLED display. Here’s a look at the price and complete specs of the device. 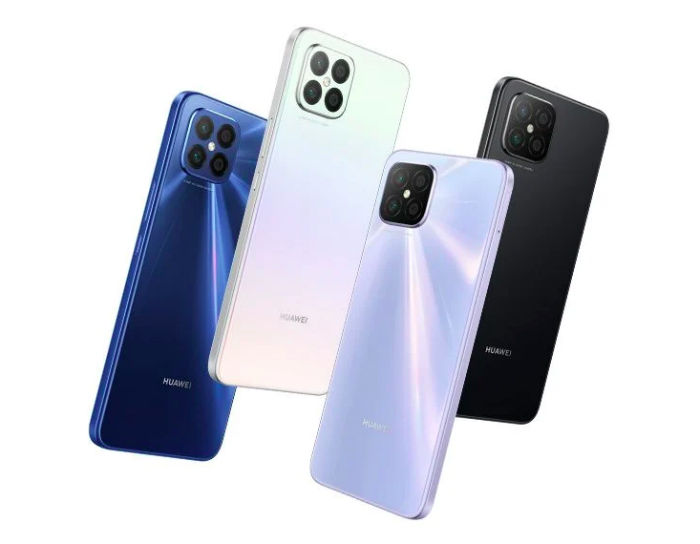 The Huawei Nova 8 SE sports a 6.53-inch OLED Full HD+ display with the standard 60Hz refresh rate. The standard edition is powered by the MediaTek Dimensity 720, while the High Edition ships with the MediaTek Dimensity 800U paired with 8GB RAM and 128GB storage that is further expandable via a microSD card. The phone runs on Android 10 OS with EMUI 10.1 custom skin out of the box. As for the optics, the Huawei Nova 8 SE has quad-cameras at the back with a 64MP primary camera, an 8MP secondary lens, and a couple of 2MP lenses for macro and depth shots.

Huawei Nova 8 SE has a 16MP snapper on the front for selfies and video chats. The phone is equipped with a 3,800mAh battery and supports 66W fast charging. The phone has an in-display fingerprint sensor for security and connectivity features include 5G, 4G LTE, dual-band Wi-Fi, Bluetooth 5.1, GPS, and USB Type-C port.