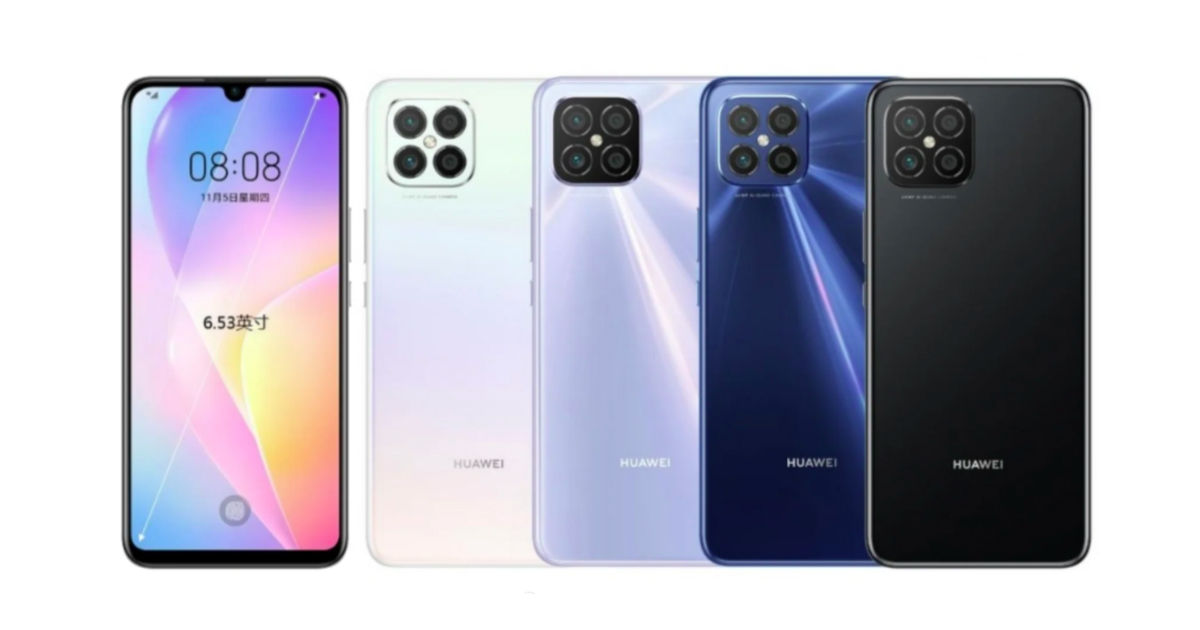 Huawei Nova 8 SE launch is set for November 5th in China and a new leak has revealed pretty much everything we need to know about the phone. The Nova 8 SE specifications have been revealed in full ahead of the launch as well as live images. The images show off the design, which at first glance is reminiscent of the latest iPhone 12, including the flat frame and rear camera module. The phone can be seen in White, Blue, Black, and Silver colour options. While the hands-on images don’t show the front of the phone, leaked renders reveal a waterdrop display. The volume rocker and power button are on the right spine, while the USB-C port, speaker grills, and microphone are at the bottom. In a couple of days, Huawei will announce the Nova 8 SE price and availability details.

The Huawei Nova 8 SE is said to sport a 6.53-inch OLED Full HD+ display with the standard 60Hz refresh rate. The phone is powered by the MediaTek Dimensity 800U SoC but there could be another model with Dimensity 720 chipset. As for the cameras, the Noa 8 SE has a 64MP primary sensor, an 8MP secondary lens, and a couple of 2MP sensors. On the front, it is said to have a 16MP lens for selfies and video chats.

The phone is said to house a 3,800mAh battery and will support 66W fast-charging which should charge up the device in no time. It measures 7.46mm and weighs 178 grams. Since the Huawei Nova 8 SE doesn’t have a fingerprint sensor on the back, it may be placed in-screen. While it’s not confirmed, the phone is likely to boot Android 10 OS and it may have 5G, 4G LTE, dual-band Wi-Fi, Bluetooth, GPS, and USB Type-C connectivity options. Not much else is known about the Huawei Nova 8 SE at the moment, but we should know more information soon.