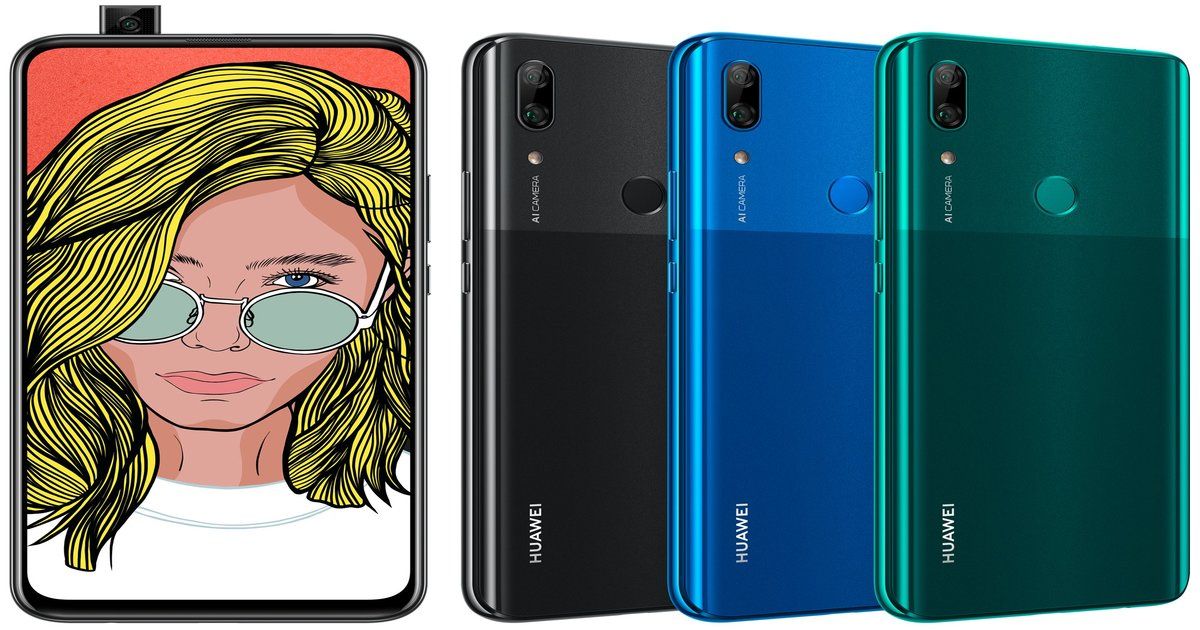 Chinese OEM Huawei is continuing to use the notch design for its smartphones, including its flagship offerings like the Mate 20 Pro and P30 Pro. However, if freshly-leaked renders are to be believed, the company will be the latest to board the pop-up selfie camera train. According to high-resolution renders shared by reputed leakster Evleaks, this handset will be dubbed the Huawei P Smart Z. As can be seen in images below, the smartphone has a no-notch design and a two-tone finish on the back resembling the original Pixel.

These renders follow a leak by a Dutch blog called MobielKopen which revealed the looks of the phone earlier. However, Blass’ renders are more detailed and usually more accurate. From what the pictures show, one can easily find the pop-up selfie shooter, a dual-camera setup on the rear and a fingerprint reader. The smartphone is expected to be available in three colour options of black, blue, and green. However, from the renders, it’s difficult to know whether the phone is made out of polycarbonate or features a metal-glass construction.

As for specifications, the IPS display is likely to measure 6.59-inches across. The phone is reported to have dimensions of 163.5 x 77.3 x 8.9mm dimensions, and tip the scales at 197g. Under the hood lies the Kirin 710 SoC with 4GB of RAM and 64GB of onboard storage with options of expanding it further up to 512GB. Both the rear and front camera are pegged at 16MP while the battery is tipped to be a 4,000mAh juice pack. The Huawei P Smart Z will likely be running Android Pie based on EMUI 9.0.

The launch date of the Huawei P Smart Z isn’t known yet, but it is expected to be an affordable handset priced around €210 (Rs 16,000).