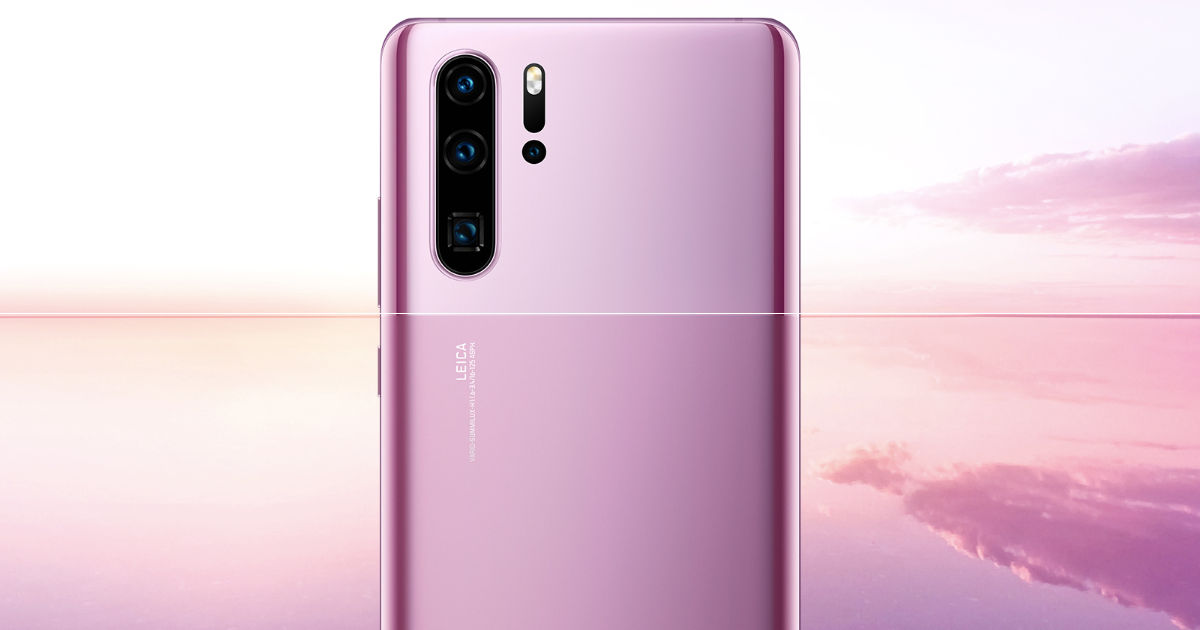 Huawei P30 Pro – the flagship offering from the Chinese OEM – has hit 16.5 million shipments globally within six months. Huawei announced the figures at the consumer electronics event IFA 2019 in Berlin. The vendor also took the wraps off two new colour variants of the Huawei P30 Pro – called Misty Blue and Misty Lavender.  Unlike the older colour options of the handset, the new hues have dual-tone finish, similar to Google’s Pixel series and Huawei P Smart Z smartphone. The top portion of the phone has a glossy finish, while the bottom half has a matte finish. The availability of the Huawei P30 Pro’s new colour variants has not been announced yet.

The Huawei P30 Pro is known for its imaging prowess, including quad rear cameras that offer up to 50x digital zoom, and top-of-the-line specs. The handset was announced earlier this year, and in India, it comes with a starting price of Rs 71,990. The phone is powered by Kirin 980 SoC paired with 8GB RAM + up to 512GB storage. Other highlights include 6.47-inch full-HD+ OLED display, 40-megapixel + 20-megapixel ultra-wide-angle lens + 8-megapixel telephoto sensor + 3D ToF lens at the back, and 32-megapixel front camera. The 4,200mAh battery with fast charging tech fuels the handset, while Android 9 Pie takes care of the software side of things.

In related news, Roland Quandt has leaked a marketing poster of Huawei P30 Pro, which reveals the Android 10 update for P30 Pro is in the pipeline. The handset has started receiving EMUI 10 beta update, but there is no word when the stable version of the update will be released. Apart from this, there have been reports that the upcoming flagship from the brand Huawei Mate 30 Pro and Mate X will not come pre-loaded with Google apps and services due to the US ban. While the Mate 30 Pro is rumoured to launch on September 19th, the foldable phone could launch in November.