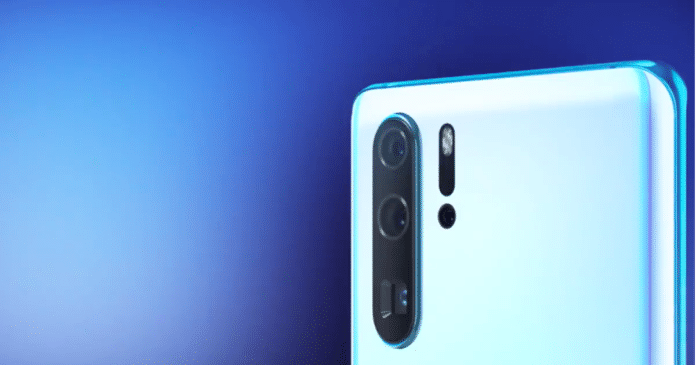 The wait is over, Huawei P30 and P30 Pro smartphones are now official. The company unleashed the handsets at its event in Paris to take on Samsung’s lineup of Galaxy S10 series. The smartphones are touted as the ‘most-advanced camera smartphones to date’ and come with Huawei’s SuperSpectrum sensor, SuperZoom Lens, a new Time of Flight (ToF) camera, and better OIS and AIS image stabilisation. While the P30 Pro comes with Leica quad camera system at the back, the P30 flaunts triple rear cameras. Huawei claims that the phones can rival against professional cameras and capture incredible photos and videos in every scenario. 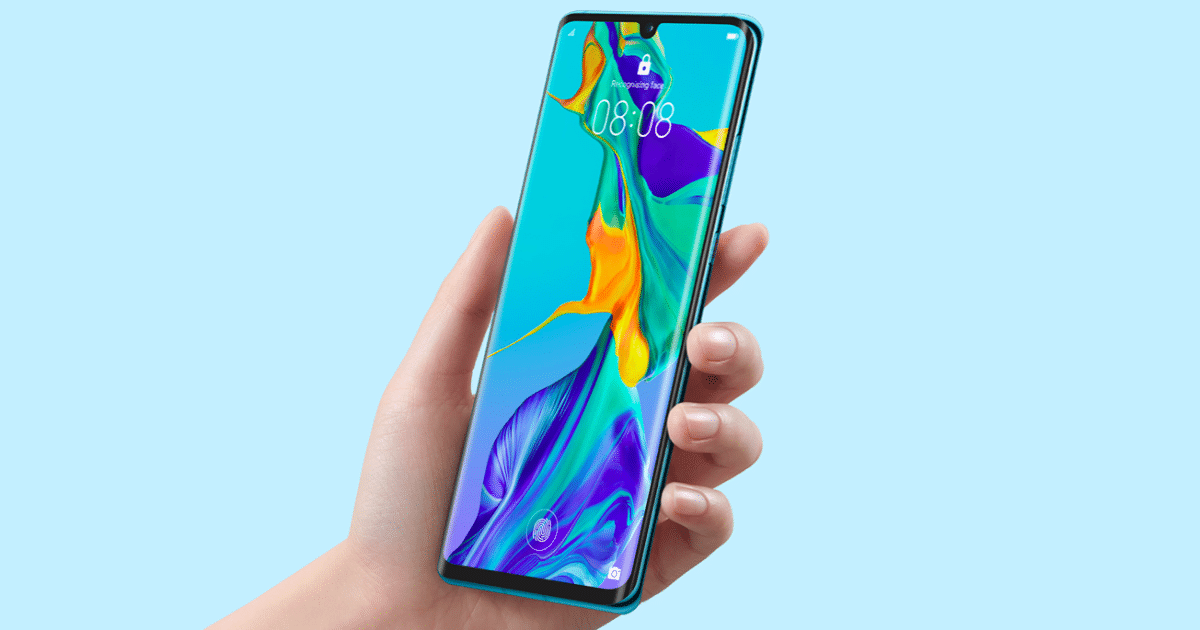 Both Huawei P30 and P30 Pro also boast of industry-leading features such as the in-house flagship HiSilicon 7nm Kirin 980 chipset and in-display fingerprint sensor that the brand claims is 30 percent faster in unlocking the handsets.

The Huawei P30 series comes clad in a glass-sandwich design. The company claims that the design of the handsets is inspired by nature and uses new and novel materials, created using “a new high-yield inkjet process.” Both the devices pack a full-HD+ Dewdrop AMOLED display with a tiny cut-out up top to for selfie camera and an in-display fingerprint sensor. While the P30 sports a 6.1-inch screen panel, the P30 Pro features a slightly bigger 6.47-inch display. The display also bears Huawei’s Acoustic technology that vibrates screen to produce sound. 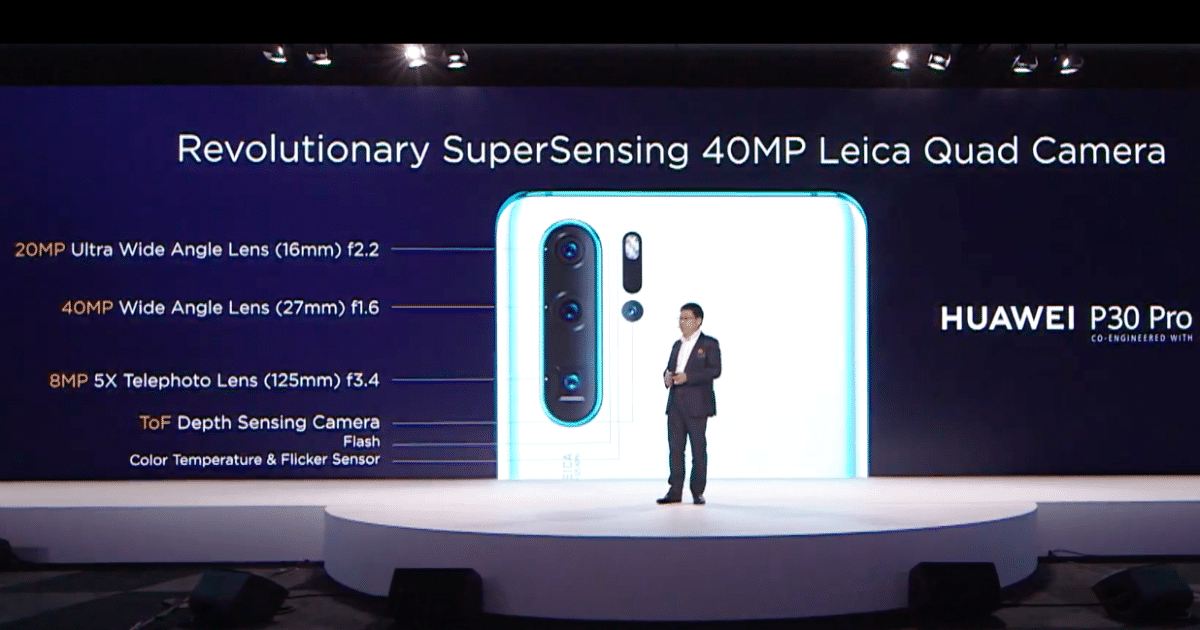 In the camera department, the Huawei P30 Pro’s quad-rear camera setup sports a 40-megapixel Huawei SuperSpectrum sensor (f/1.6) + 20-megapixel (f/2.2) ultra-wide angle lens + 8-megapixel telephoto lens with 5x zoom + a Time-of-Flight (ToF) lens for depth-of-field effect. The front camera gets a 32-megapixel shooter for selfies and video calling. The Huawei P30, on the other hand, packs three sensors on the rear, namely a 40-megapixel f/1.8 primary lens, a 16-megapixel ultra wide-angel sensor, and an 8-megapixel depth sensor with 3x zoom. Both the devices can shoot 4K videos at 60fps and offer features such as time-lapse, slow-mo, and a dual-view mode that lets you capture both an ultra-wide angle clip and a zoom shot – offering a panorama on the right and a close-up on the left of the screen, simultaneously.

Both P30 and P30 Pro are driven by Huawei’s Kirin 980 chipset with dual-NPU support for faster image recognition. The SoC is complemented by a graphene film cooling system to manage heat efficiently. The handsets boot EMUI 9.0 based on Android 9 Pie to take care of the software side of things. The OS also supports Huawei’s latest Share OneHop for seamless file sharing between Huawei smartphones and PCs. 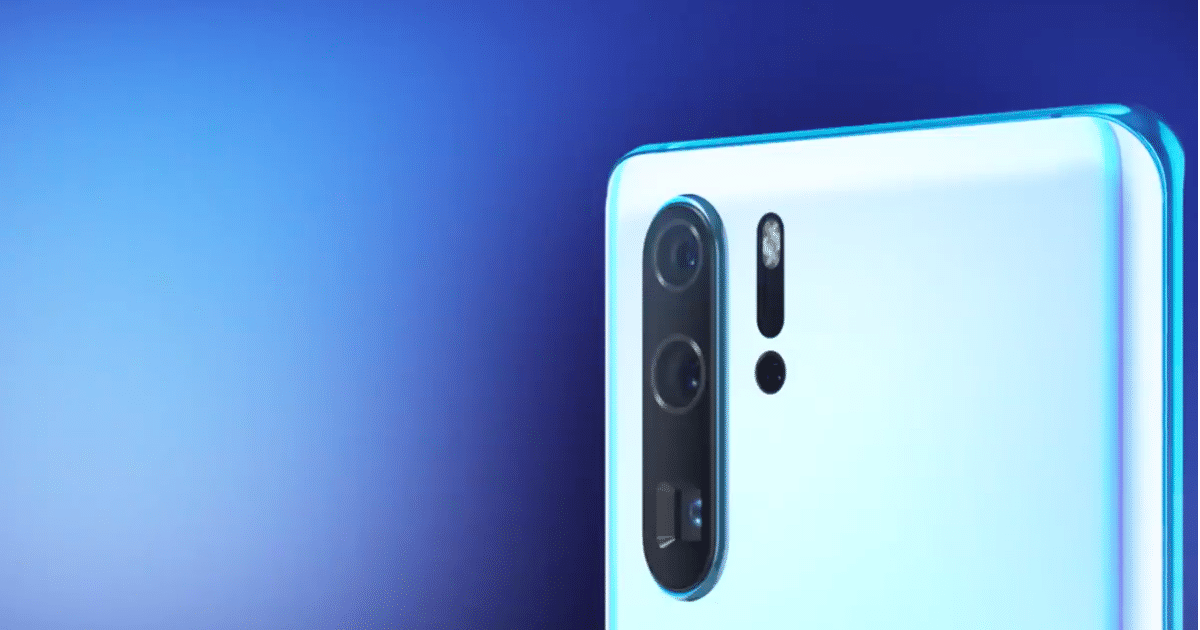