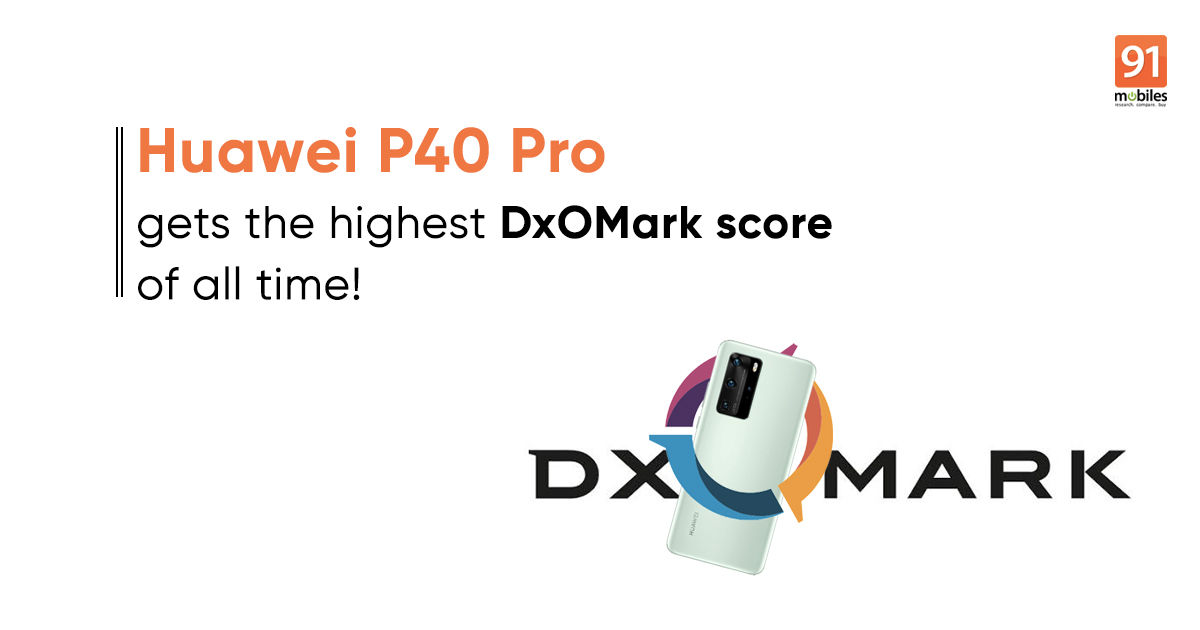 Huawei had announced its latest flagship smartphone, called the Huawei P40 Pro, for the global markets earlier this month. The P-series, for the last couple of years, has been praised for its camera prowess which rivalled phones from Apple, Pixel series, and Samsung. One of the popular metrics to judge a smartphone camera’s performance is the benchmarking website DxOMark. As of late, every new P-series smartphone finds itself at the top of the DxOMark charts when it is launched and it would appear that the same trend has been followed with the P40 Pro.

DxOMark has said that “Huawei’s latest high-end smartphone takes over the No. 1 Camera spot with a big bang, putting a four-point difference between itself and the previous joint leaders: the Oppo Find X2 Pro and the Xiaomi Mi 10 Pro.”Not only the camera but the P40 Pro and its massive punch-hole on the front which houses an IR sensor and two cameras also set the top score on the website.“

The score for camera was set at 128 while the selfie score was 103. This has indicated that currently, the Huawei P40 Pro is the best phone for taking photos and selfies. Even so, while it is definitely true that the P40 Pro has one of the best camera hardware right now, it would be unwise to treat DxOMark results as gospel truth.

The handset features a 6.58-inch ‘Quad-curve overflow’ AMOLED display, which means the display is curved on sides. The phone also supports a high 90Hz refresh rate and a display resolution of 1,200×2,640. There is an in-display fingerprint scanner on the phone and a large punch-hole cutout at the top for dual-selfie cameras. The setup comprises of 32MP selfie camera with autofocus and f/2.0 aperture, an IR depth sensor, and ambient and proximity sensors.

As for the rear cameras, the Huawei P40 gets a quad-rear camera setup that includes Leica’s 50MP UltraVision RYYB primary sensor with 4-in-1 pixel binning and f/1.9, a 40MP Ultra-wide Cine with f/1.8 and OIS support, a 12MP 125mm telephoto with 5X optical zoom, OIS support and f/ 3.4, a 3D ToF lens.