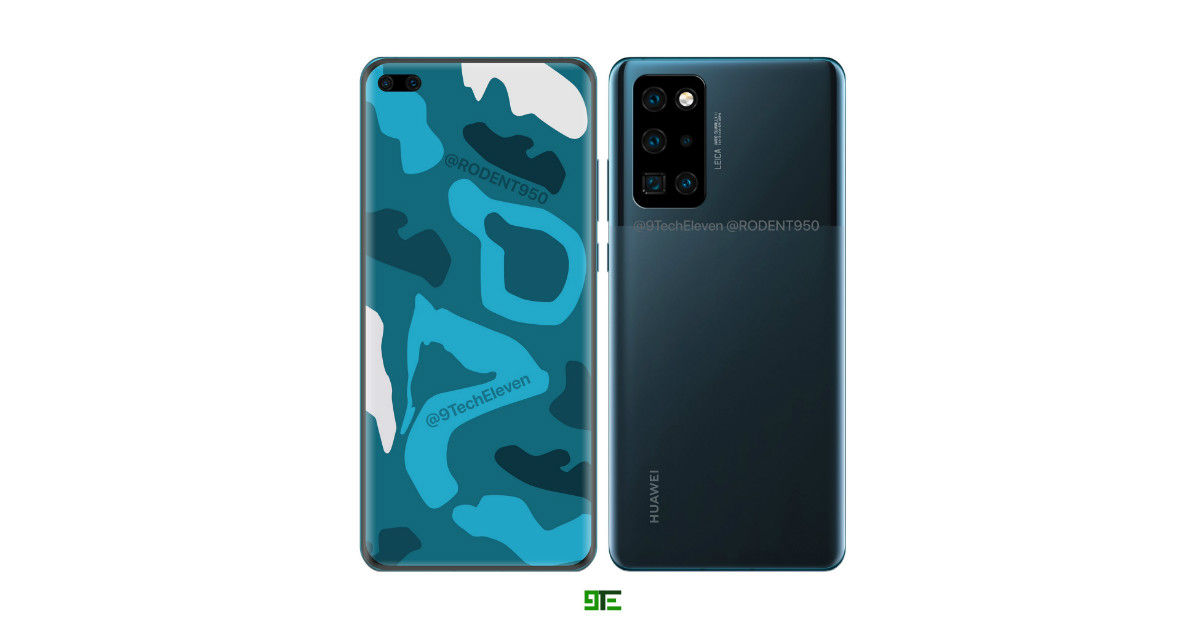 Huawei P40-series is expected to go official in Q1 2020 and we’ve recently published the P40 and P40 Pro renders showing the rear design and colour options. The two flagships are expected to debut with a pill-shaped punch-hole cutout in the display and rectangular camera modules at the back. Now, live photos of the Huawei P40 Pro surfaced on Weibo, courtesy of Digital Chat. The punch-hole cutouts for the dual selfie cameras are clearly visible and the status bar is set to black. The phone is placed in a case but the curves of the display are clearly visible.

However, the rear camera design is completely concealed by the case but then again, two flaps covering the dual camera modules can be seen. Earlier leaks suggested the Huawei P40 Pro would come with Leica-powered quad rear cameras. While the standard P40 would have triple rear cameras and a flat display. Both the phones will be available in Black, Blush Gold, Silver Frost, Deep Sea Blue, and Ice White with gradient finish.

As for the specifications, the Huawei P40 and P40 Pro are said to be powered by the in-house Kirin 990 SoC with 5G support, up to 12GB RAM and 512GB storage onboard. The handsets are likely to flaunt AMOLED displays with an in-display fingerprint scanner for security. Software-wise, the Huawei P40 series may come pre-loaded with EMUI 10 based on an open-source version of Android without Google apps and services. While it’s not confirmed, the Huawei P40 is expected to ship with an ultra-wide-angle lens, a ToF sensor and a high-resolution main camera. The Pro variant could get an additional 10x optical zoom periscope lens. Since the launch is around a couple of months away, we should learn more information about the Huawei P40-series flagships.