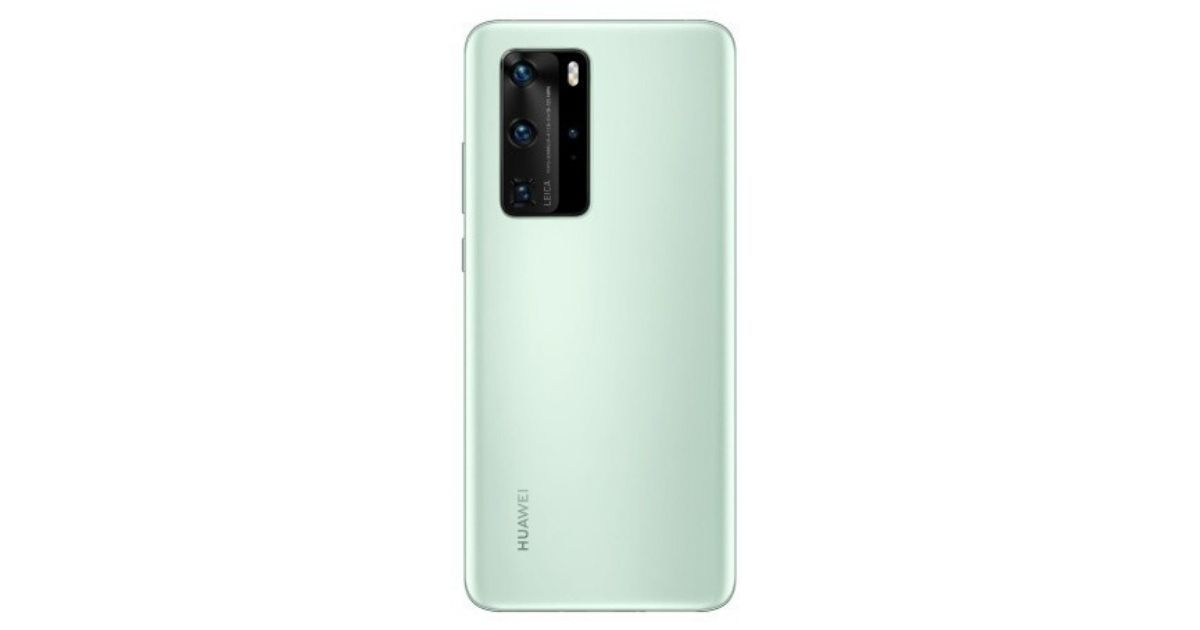 Huawei P40 Pro may be available in more colours than we expected. A new render has appeared online showing the flagship device in a Mint colour. Just last week, we had shared exclusive renders of all the different colour options for the P40 and the P40 Pro. The options included Black, Blush Gold, Silver Frost, Deep Sea Blue, and Ice White. The new devices will be available in a gradient finish and are expected to arrive in March 2020. The Mint colour option has been leaked courtesy or prominent leaker Evan Blass.

Over the past week weeks and months, there have been several leaks regarding the Huawei P40 series. The latest leak suggested that Huawei may launch three variants of the device, the Huawei P40, the P40 Pro, and the P40 Premium. The main difference between the three models is said to be in the number of rear cameras, with the Premium variant carrying a total of five sensors. However, we urge you to take this with a pinch of salt, as nothing has been confirmed yet.

The Mint colour option looks good on the phone and is very light. You can also see the quad-rear camera setup on the back of the device. The phone is said to feature a 52-megapixel primary sensor with f/1.3 aperture, which would be a first in the world. It is also expected to get a 40-megapixel cine sensor, an 8-megapixel periscope sensor with 10x optical zoom, and a 3D Time-of-Flight sensor. That sure sounds like the best camera system on a smartphone, but we also have the new Galaxy S20 series coming out before the P40 series. The competition should be tough, and we can expect great cameras from both devices.

Other specifications of the P40 series are not fully known at the moment, but we expect the devices to be powered by the Kirin 990 chipset and to feature 5G support. Previous renders have also revealed that the phones will feature a dual-selfie camera setup with a standard unit and an ultra-wide sensor.