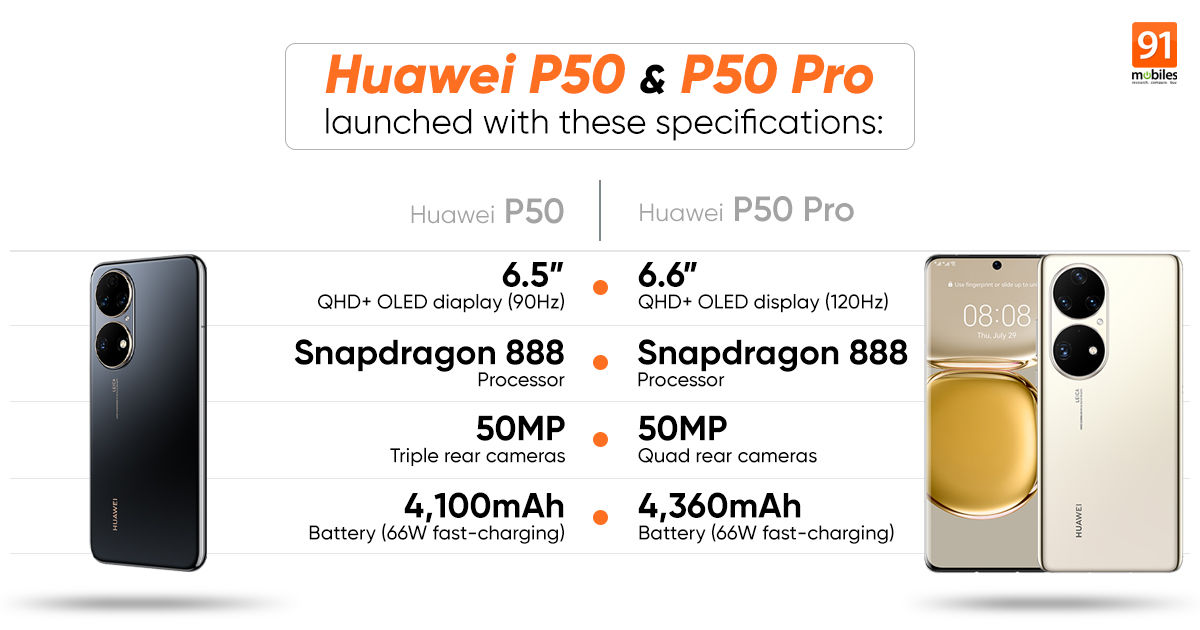 The Huawei P50 Pro also comes in 12GB RAM + 512GB configuration. It will be available with the Kirin 9000 SoC. It costs CNY 7,988 (approximately Rs 91,923) for the blue colour variant and CNY 8,488 (approximately Rs 97,677) for the special edition version which comes in black colour. These two models will be available to purchase in China in September.

The Huawei P50 has a 6.5-inch OLED display with a QHD+ resolution, a 90Hz refresh rate, and a 300Hz touch sampling rate. The display can produce 1.07 billion colours and according to the brand, the screen has 1,440Hz PWM dimming. There is a punch-hole at the top-centre portion of the screen. There is no info on the display protection.

Powering the Huawei P50 is the Qualcomm Snapdragon 888 SoC. The smartphone is available in 8GB+128GB and 8GB+256GB configurations. You get the Harmony OS 2 operating system, which is a modified version of the Android OS. The phone lacks Google Mobile Services (GMS), which means that there is no Google Play Store or any of Google’s services on board. 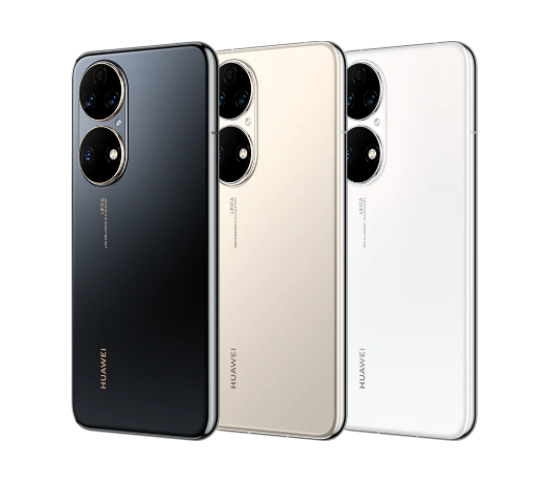 In terms of imaging, the Huawei P50 has three rear cameras, a 50MP primary camera with PDAF, laser AF, and OIS, a 13MP ultrawide sensor, and a 12MP telephoto lens with 5x optical zoom, OIS, and PDAF. The rear camera setup can record 4K videos at 60 frames per second. At the front, there is a 12MP camera with a 4K/30fps video recording option.

As for the battery, the Huawei P50 packs a 4,100mAh unit with 66W charging speed. The phone doesn’t get a wireless charging option. Connectivity options include dual-SIM 4G, dual-band Wi-Fi 6, Bluetooth 5.2, dual-band GPS, NFC, and a USB Type-C port. The phone has an in-display fingerprint scanner, stereo speakers, and an IP68 rating for water and dust resistance.

The Huawei P50 Pro features a 6.6-inch OLED display. It has QHD+ resolution, a 120Hz refresh rate, a 300Hz touch sampling rate, 1.07 billion colours, and 1,440Hz PWM dimming. The screen has a punch-hole at the top-centre portion for the front camera. The brand, however, has not revealed anything about the scratch/drop protection that the display offers. 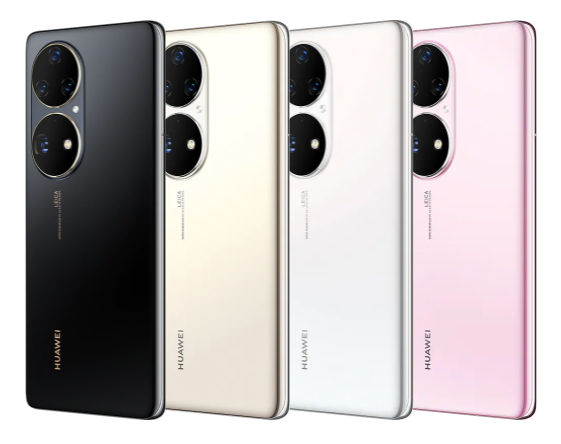 Coming to the imaging, the Huawei P50 Pro has a quad-camera setup at the rear. It has a 50MP primary sensor with PDAF, laser AF, and OIS, a 13MP ultrawide lens, a 64MP telephoto unit with 3.5x optical zoom and OIS, and a 40MP monochrome camera. For selfies, you get a 13MP camera sensor. While the rear camera can record 4K/60fps videos, the front can record 4K/30fps videos.

Moving on to the battery, the Huawei P50 Pro has is a 4,360mAh unit and the phone supports 66W wired and 50W wireless charging. Connectivity options include dual-SIM 4G, dual-band Wi-Fi 6, Bluetooth v5.2, dual-band GPS, NFC, and a USB Type-C port. The smartphone also has an in-display fingerprint scanner, stereo speakers, and IP68 water and dust resistance.