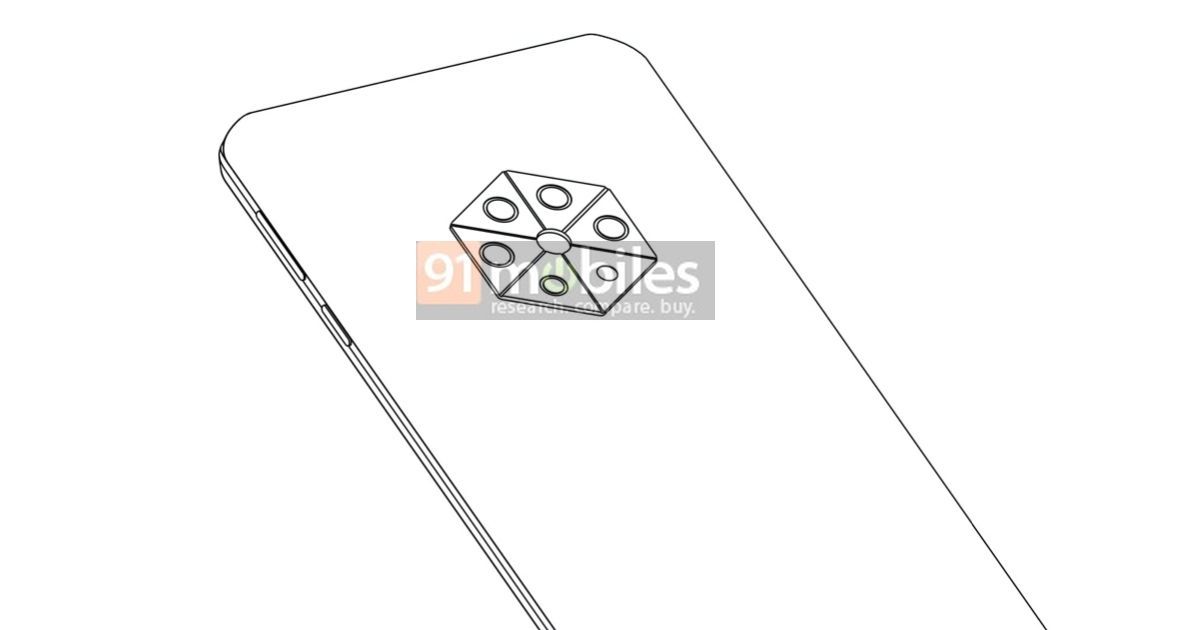 After the P40 Pro Plus, Huawei seems to be working on yet another penta-camera phone, according to a patent filed at China’s State Intellectual Property Office, as discovered by 91mobiles. The patent shows a unique new rear camera design that shows a hexagonal-shaped module housing as many as five camera sensors and an LED flash. The design looks somewhat similar to HMD Global’s Nokia 9.1 PureView that was announced back in 2019. The patent shows multiple versions of the hexagonal camera layout, one that has the camera module placed on the top-left corner, another that is aligned in the centre and one on the top right. Given the number of possible cameras on this Huawei phone, it may launch as a flagship phone in the near future, but this is not a certainty.

Furthermore, the patent images show the phone has a volume rocker and power button on the right spine. The USB Type-C port and what looks like the SIM tray at the bottom. The front of the phone offers a notch-free bezel-less display, meaning it could have a pop-up selfie camera. The secondary microphone for noise-cancellation and what looks like an IR blaster are at the top. Unfortunately, not much else is known about the Huawei patent at the moment and it remains to be seen if Huawei would indeed launch a phone with such a design.

Another Huawei patent recently revealed a phone with a Redmi Note 9-like camera-design at the back sans the fingerprint sensor. it was filed at the Russian Federal Institute of Industrial Property. It shows off a centre-aligned rectangular camera module at the back that seems to house four cameras, two smaller sensors, and an LED flash. The phone has a pill-shaped punch-hole design, something similar to the Huawei Nova 6. There is a possibility it could belong to the company’s Nova series.