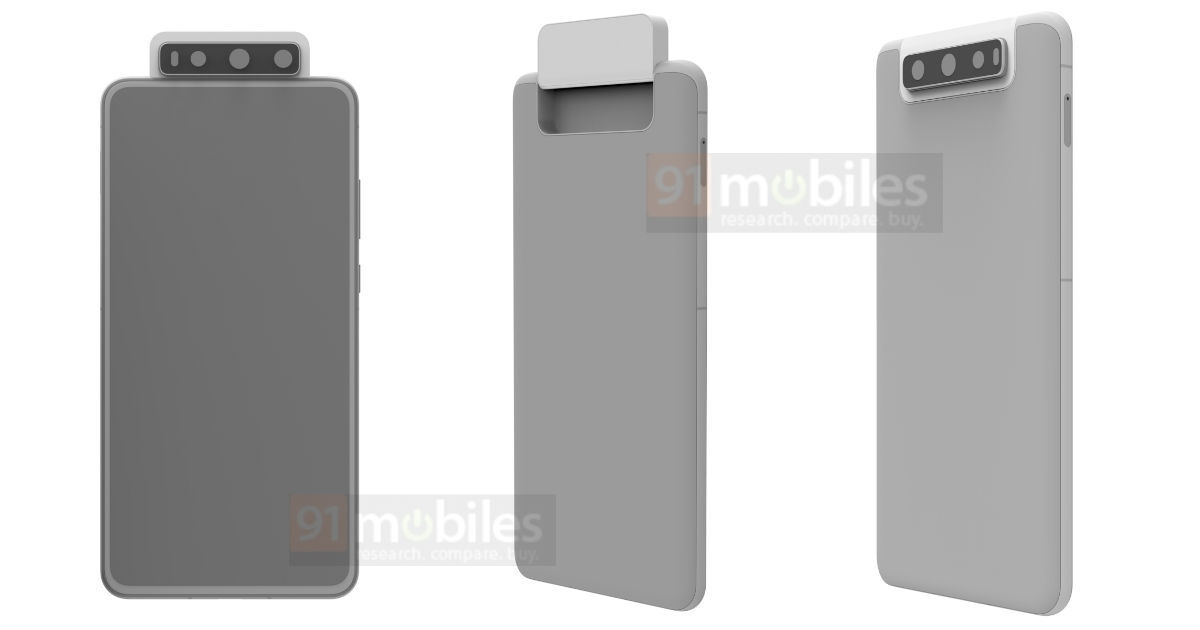 Huawei has patented a design for its upcoming smartphone, ahead of its flagship Mate 30 launch on September 19th. The design is nothing like contemporary Huawei smartphones. As per the patent filed at the European Union Intellectual Property Office, the mysterious Huawei handset flaunts flip camera design, just like the ASUS 6Z smartphone. The phone seems to house a triple camera module that also houses LED flash, which flips up from the rear to face the front whenever you want to click selfies. The mechanism helps phone sport a bezel-less display. While it’s not clear yet, the phone could be the upcoming flagship from the brand, possibly called the Huawei P40 Pro. 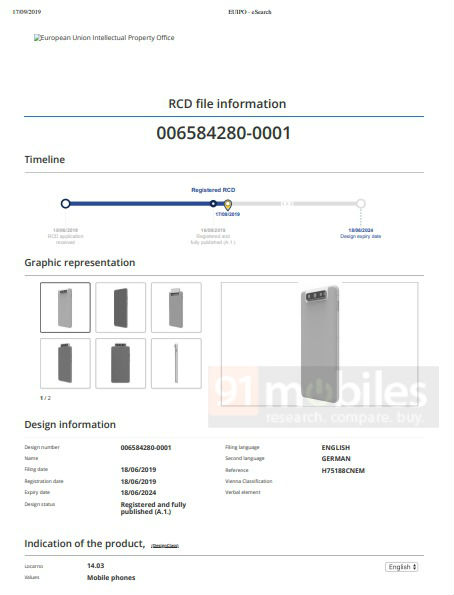 The patent listing further reveals the handset sports a flat display and back panel that tapers towards the edges. The right spine seems to house volume rocker and power button whereas the left edge of the phone has got sim-ejector tray. Other details about the handset, including its specifications and features are not clear yet. 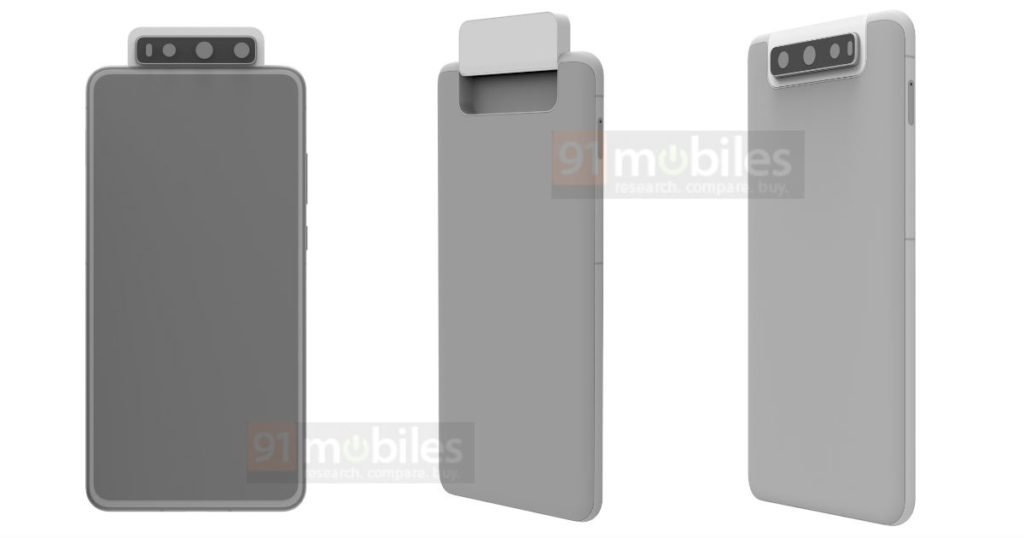 However, we can tell you that the patent for the design expires on June 18th, 2019. This means we may see this implementation on one of Huawei’s upcoming smartphones soon. However, as we point out with every patent filing, this design may or may not see the light of the day on a commercial product.

The Mate 30 series, meanwhile, is scheduled to launch in Munich, Germany on the coming Thursday. Huawei’s flagship offering will run Android 10-based EMUI 10 and lack Google’s services and support due to the ongoing US ban. The top-end Huawei Mate 30 Pro is tipped to flaunt a curved notch-toting display. The handset will rock the latest Kirin 990 SoC and reportedly feature quad-rear cameras arranged in a circular module. The phone is also expected to come with better camera sensors, performance, face recognition components, and battery backup compared to its predecessor Mate 20 Pro. That’s all the information we can divulge at the moment!